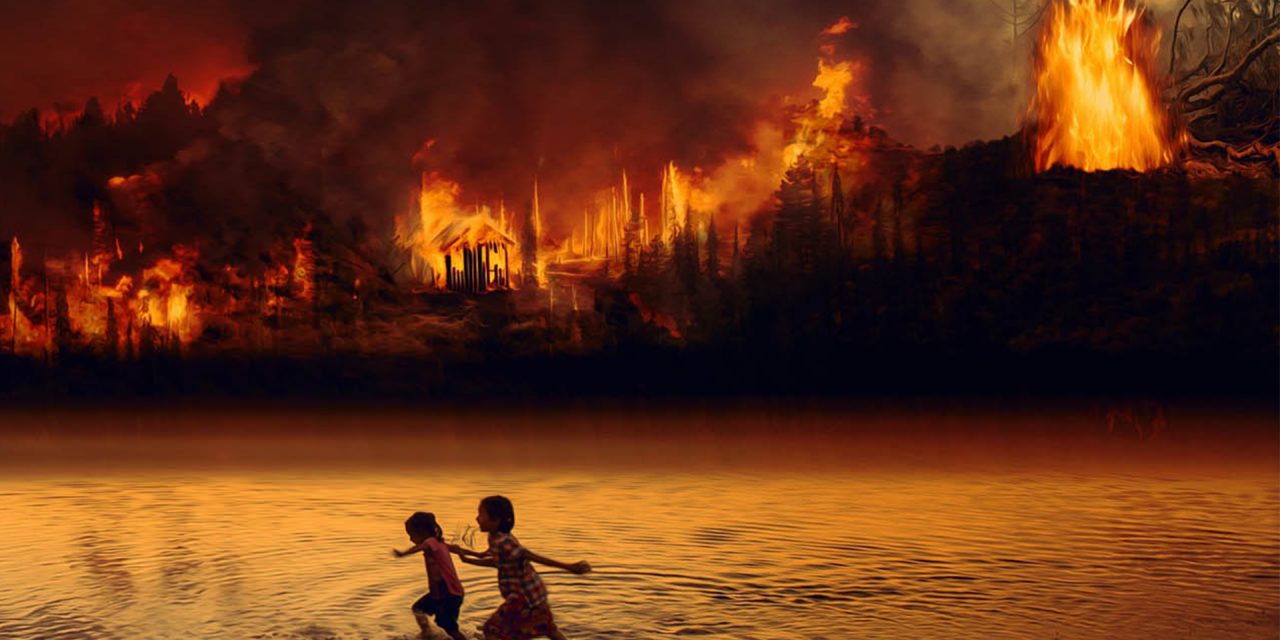 The Amazon rainforest is a crucial life-support ecosystem. Without its wondrous strength and power to generate hydrologic systems across the sky (as far north as Iowa), absorb and store carbon (CO2), and its miraculous life-giving endless supply of oxygen, civilization would cease to exist beyond scattered tribes, here and there.

That’s one of the most devastating news stories in all of human history. Ergo, the persistent climate change headache morphs into a head-splitting pounding migraine of monstrous proportions.

It’s lamentable that world leadership does not take seriously the potential of major ecosystems dying in plain sight. This story should have world leaders shaking in their boots. But, by all appearances, no one is chagrined, other than the scientists who conducted the research.

Tipping points are final acts in nature, points of no return for ecosystems, as functionality turns sour. Regarding the vastness of the Amazonian rainforest, its functionality is so worldly powerful that loss is incomprehensible and likely a final act for civilized, as well as uncivilized, life on the planet. The mighty Amazon is a principal source of oxygen as well as the main driver of hemispheric hydrologic systems (rivers in the sky), impacting rainfall patterns as far away as the cornfields of Iowa.

The Amazon at a tipping point is equivalent to: Nobody knows for sure because it’s never happened before, but there are no positives.

In fact, it’s unimaginable, literally beyond comprehension. Yet, it’s started right before an eyes wide shut world community. And, it’s entirely the result of stupid humans doing really stupid things, like stripping away “the majestic rainforests of all ages” in exchange for “fleeting human needs.” Honestly, it’s true!

According to the scientists, current trends threaten (1) to turn parts of the rainforest into savanna, (2) devastate wildlife, and (3) release billions of tons of carbon into the atmosphere. As it is starting to happen, the Amazon is becoming an “emitter of carbon”; same as coal power plants.

Lovejoy and Nobre decided to ring the trusty carillon on the public square: “Witnessing the acceleration of troubling trends. The combination of (1) warming temperatures, (2) crippling wildfires, and (3) ongoing land clearing for cattle ranching and crops has extended dry seasons, killed off water-sensitive vegetation and created conditions for more fire.”

Not only that, global warming induces severe bouts of drought that repeatedly hit the Amazon hard, actually weakening its powerful core. Three 100-year droughts have hit in just 10 years! According to NASA, serious episodes of drought in 2005, 2010, and 2015 have literally “changed the Amazon,” losing its special “carbon sink” status. That’s global warming hard at work.

Nowadays, that old paradigm is giving way to: “The ecosystem has become so vulnerable to these warming and episodic drought events that it can switch from sink to source… This is our new paradigm.” (NASA)

Further aggravating post-drought crumbling, the timing between drought sequences has impeded rapid regrowth. It just doesn’t react like it used to. The rainforest does not have enough time between droughts to heal itself and regrow. That’s a first in all of human history, and the implications are downright dreadful.

It is no exaggeration to say the foregoing analysis is about as bad as it gets prior to the onset of blatantly obvious ecosystem collapses accompanied by hard-hitting repercussions for all of society. That’s when people will finally start to pressure their leadership to “do something” to relieve the dangers and disasters and stop the massive flow of hordes of eco migrants lumbering across the countryside, searching for sustenance.

Meantime, rare agriculturally productive land becomes the most valued asset of all time.

Postscript: “Starting with the drought year of 2005 and running through 2008 … the Amazon basin lost an average of 0.27 petagrams of carbon (270 million metric tons) per year, with no sign of regaining its function as a carbon sink.” (NASA, August 2018).