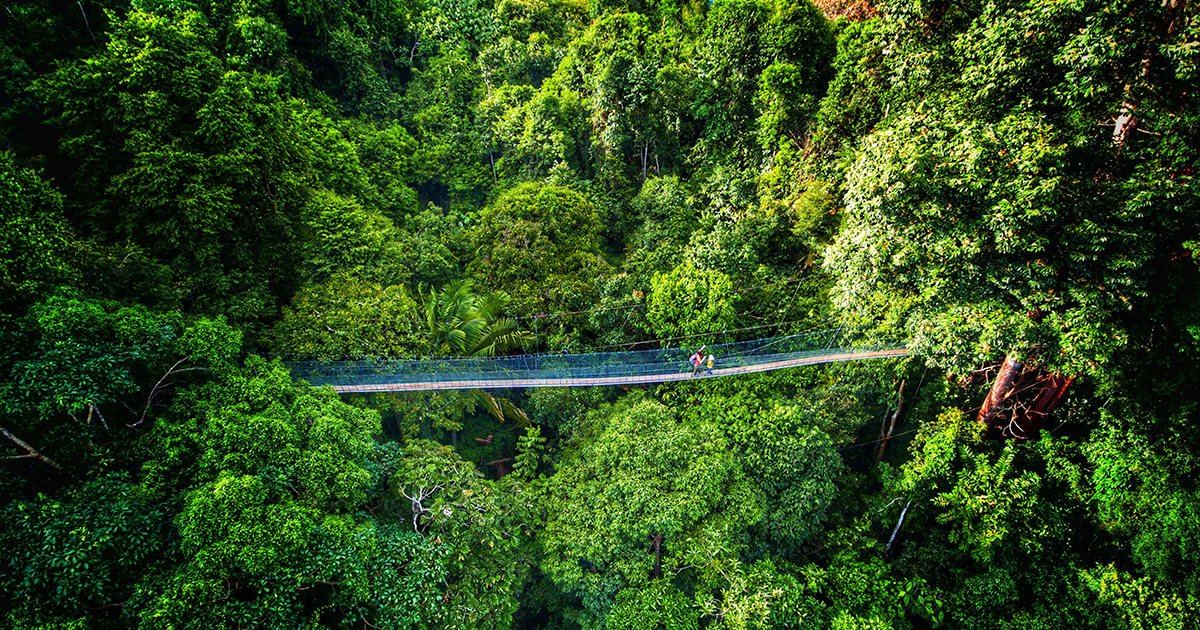 Published by The Climate Reality Project

The world has spent weeks watching fires ravage the Amazon Rainforest, and along with it, our chances of meeting the Paris Agreement’s goals. What’s more, scientists predict that this critical ecosystem is nearing an irreversible tipping point: a decline from lush rainforest to dry savanna.

The Amazon fires may have mostly started in August, but the tinder was set long before. Specifically, on January 1 – the day Jair Bolsonaro was sworn in as Brazil’s new president and seemingly set out to win an alarmingly tight race to be “the most environmentally dangerous head of state in the world.”

Less than a year in office, he’s gutted Brazil’s anti-deforestation regulations and environmental agencies, which together successfully protected the Amazon for years. Frustratingly, it was all so predictable.

With that said, learning those facts makes it easy to conclude that this one man is entirely responsible for the fires. The truth, however, is more complicated.

Part of the blame certainly lies on Bolsonaro, but Amazonian destruction — which has covered an area larger than Texas since the 1970s — started long before his rise to power. Looking at the full timeline, his election was merely a splash of fuel that made these annual land-clearing fires bigger than usual.

The reality is that this destruction is the product of a globalized world with changing consumer tastes.

Since the 1960s, international consumption of meat has doubled; and experts expect demand will only keep increasing as the emerging economies of the world continue growing. Ranchers and farmers in Brazil, which happens to be the world’s largest exporter of beef, set off about 80 percent of the fires to create pasture for cattle.

Bolsonaro may be turning a blind eye to unprecedented environmental devastation, but the truth is that these ranchers and farmers couldn’t profit from destroying the Amazon without such a huge demand for their products. And in areas that haven’t seen tremendous economic development, many don’t see better options – or even see anything wrong with what’s happening.

If there’s a silver lining to the fires, it’s that people started them intentionally. The primary forces behind them – lack of development and economic opportunity together with consumer demands – should be solvable problems. Although we’re seeing many wildfires intensified by our warming world, humanity still holds the reins of this particular carriage.

The real question is, will we will drive that carriage off a cliff? Because, as the scientific community has pointed out, we’re approaching it – fast.

A Point of No Return

The fires are pushing the Amazon toward a dangerous climate change feedback loop that human intervention could no longer reverse.

So, how severe could this be?

Public Radio International describes how until recently the rainforest “absorbed as much CO2 pollution every year as the amount produced by all the cars on the planet.” Now, however, “deforestation and climate change are pushing the forest to a tipping point beyond which it will actually release more CO2 into the atmosphere than it captures.”

Pushing the rainforest to that edge would be an unprecedented step backward in the climate fight. With that said, here’s how experts believe the loop is unfolding:

It all begins with a generally changing climate.

Thanks to rising global temperatures, the Amazon is progressively becoming hotter and drier.

The rainforest, which is unable to adapt quickly enough to the changes, is increasingly being pushed to its limits – a process which ultimately kills trees and other plant life, scattering the forest floor with dead wood that acts as fodder for natural fires.

Given that context, the intentionally-set blazes fuel the feedback loop in three ways:

First, burning trees releases massive amounts of carbon dioxide directly into the atmosphere, which accelerates climate change and further dries out the forest.

Second, by destroying those trees, the fires remove one of our planet’s most crucial carbon sinks. Few other ecosystems around the world photosynthesize as much CO2 as the Amazon. Losing this emissions-absorbing miracle contributes significantly to further warming — which further dries the Amazon itself, making natural fires even more likely.

The third impact, which uniquely threatens the Amazon, deals with transpiration.

This critical part of the water cycle occurs when the roots of trees absorb water from the ground and release it into the air as water vapor. This process forms clouds that transport the water on to other parts of the rainforest — essentially making the Amazon rainforest a self-sustaining system.

Through this process, the Amazon releases up to 20 billion metric tons of water each day. For reference, this cycle carries more water throughout the forest than the Amazon River, which is the largest river in the world.

Zoom back out and we see that the more forest we burn and keep cleared, the less water is carried to the rest of the forest through transpiration, and the drier the entire ecosystem becomes. If deforestation continues, this loop of increasing dryness will create conditions favorable for an entirely different habitat: a savanna.

As Harvard professor and Amazon researcher Brian Farrell describes, “If fire removes the plant life responsible for moving water up into the clouds, the land will dry and rainforests will be replaced by grasslands able to withstand the newly arid conditions, which can persist for thousands of years.”

In terms of numbers, leading scientists believe that the Amazon could enter this feedback loop if as little as 20 to 25 percent of the forest is lost. This estimate is troubling, given that according to the Brazilian government itself, about 17 percent of the land necessary has been lost already. Really, we could be just a few percentage points of clearing away from triggering this feedback loop.

Ultimately, what we’re seeing is the transformation of one of our most crucial assets against climate change being turned into an emissions machine.

We Must Act For the Amazon

The scientific community has made its message loud and clear: we cannot afford to let the Amazon rainforest slip away. There is simply too much at stake. Apart from being an unimaginable tragedy, letting an Amazon-climate change feedback loop begin could squander our efforts to avoid catastrophic warming.

The thing is, Amazonian deforestation has declined before. As shocking as this event may be, we must remember that global action has previously succeeded to preserve this crucial ecosystem.

The window of opportunity is closing, but acting proactively today can change our future. That’s why here at Climate Reality Project, we’re training new climate activists, promoting innovative clean energy solutions, and giving people the tools to understand the urgency of the climate crisis and, more importantly, the solutions.