Australia has one of the world’s largest captive dolphin venues: Sea World, on the Gold Coast. There are currently 30+ dolphins at Sea World, most of which were born and bred there. Even more may be bred in future to provide entertainment for tourists – unless we act.

These highly intelligent animals can live up to 50 years in captivity in small chlorinated pools – a world away from the wild where they range over hundreds of square kilometres. For these captive dolphins, it means 50 years of boredom and confinement, punctuated only by performing in shows and interacting with tourists.

Together, we can act to ensure that the dolphins at Sea World are the last generation to suffer a lifetime of captivity.

Join us and call on the Queensland Government to ban breeding  at Sea World and begin work on a sea sanctuary for the dolphins who cannot be released into the wild.

Dolphin Marine Conservation Park (DMCP) announced on Thursday 14 March that it will end captive breeding at its Coffs Harbour location.

World Animal Protection has been working directly with DMCP (formerly known as Dolphin Marine Magic) and Action for Dolphins in a cooperative and collaborative relationship to investigate the possibility of moving their dolphins to a sea sanctuary.

This leaves Sea World as the only remaining venue in Australia where captive dolphin breeding still takes place. With DMCP doing the right thing by dolphins, this puts mounting pressure on Sea World to end captive breeding.

Sea World is now on its own and completely out of step with the  prevailing science and the growing public perception around captive breeding. The acceptability of keeping dolphins in captivity for entertainment is declining. Travel companies and airlines are beginning to distance themselves from captive dolphin venues, and governments in Australia and overseas have already legislated to close them. There’s no excuse. Keeping wild animals captive for entertainment is abuse.

As the tide continues to turn against dolphin captivity, the future of the wild animals kept captive in venues such as Sea World needs to be addressed. Given dolphins can live up to 50 years, this means no new dolphins should be bred, as they will live longer than Sea World will remain open. Work must also begin on a sea sanctuary for those dolphins currently at Sea World who will not be able to be released into the wild when the venue closes.

World Animal Protection has just launched an updated version of  The Case Against Marine Mammals in Captivity report. It provides even more evidence that keeping dolphins in captivity is cruel and must end.

Join us in making sure this is the last generation of dolphins in captivity in Australia. 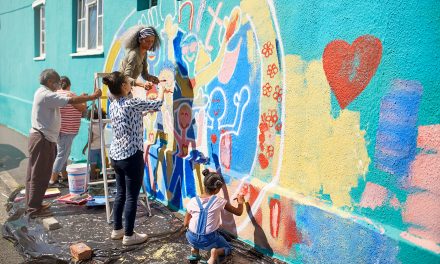 Working for Peace in a Violent World