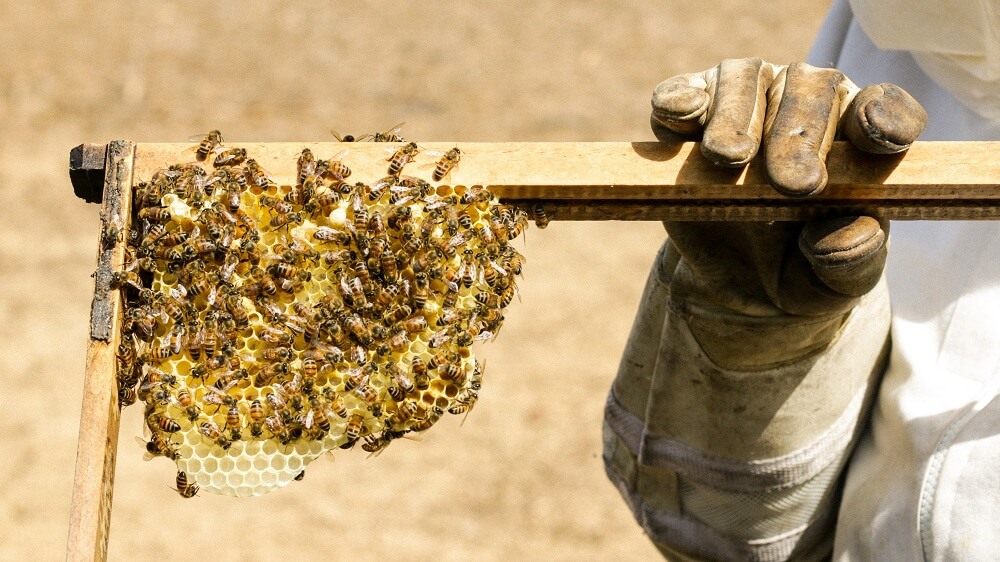 The "insect apocalypse" puts all species at risk, conservationists say.

Bees are the most important species, according to research that reveals how wild bee health impacts the environment more than colony collapse disorder.

Insects — pollinators, in particular — are integral to a healthy environment and the planet’s survival. According to the international conservation nonprofit Earthwatch Institute, bees are the most important species on earth. The declaration was made last July at a meeting of the Royal Geographical Society of London.

Why Bees Are Important

Without bees, global food production would look very different. According to the Food and Agriculture Organization of the United Nations (FAO), three out of four crops that produce fruit or seeds for human consumption depend, at least in part, on pollinators. While pollinators also include bats and birds, insects such as bees, butterflies, and hoverflies are the most common. Pollinators support the production of 87 percent of leading food crops worldwide.

It’s not just one species of bee that supports global agricultural production. Francisco Sanchez-Bayo, an environmental scientist and ecologist at the University of Sydney, explains on Metafact that honeybees may provide up to 14 percent of global pollination services. But, bumblebees and other wild species represent most pollinators.

Sanchez-Bayo adds, “In economic terms, the value of pollinator services represents some 12 percent of food production, mainly by increasing the yield of fruits, vegetables, and nuts, with some authors estimating that if insect pollination were to fail, economic losses would be about 8 percent at most.”

But bee health and populations are under threat. The FAO notes that while in the past, nature took care of pollination on its own, the rise of industrial agriculture and pesticide use has affected pollinators. “Mounting evidence points to these factors as causes to the potentially serious decline in populations of pollinators,” it adds.

Bees And The Environment

Bees do much more than just pollinate food crops. The FAO notes that protecting bees protects biodiversity. The majority of pollinators are wild, which includes 20,000 species of bees. Per the Science Times, studies show that nearly 90 percent of bee populations have declined over the past few years. This is as a result of uncontrolled pesticide use, deforestation, and a lack of flowers.

Bees — and other insects — play a significant role in the survival of the planet. And they aren’t alone in suffering from heavy pesticide use.

Many experts agree that we are at the start of the sixth mass extinction in the planet’s history. A report released by the Wildlife Trusts, a science-led nonprofit that focuses on restoring wildlife habitats, says we also face an “unnoticed insect apocalypse.”

Studies on declining insect populations are scarce, but a growing body of research shows that the threat is real. A scientific review released last February called widespread decline a “catastrophic collapse of nature’s ecosystems”.

“We can’t be sure, but in terms of numbers, we may have lost 50 percent or more of our insects since 1970 – it could be much more,” Prof Dave Goulson of the University of Sussex, UK, who wrote the report, told the Guardian. “We just don’t know, which is scary. If we don’t stop the decline of our insects there will be profound consequences for all life on earth [and] for human wellbeing.”

Colony collapse disorder (CCD), where all or most worker bees from a colony suddenly die off, remains a little-known phenomenon. This affects commercial honeybees, which are used not only for honey production but also to pollinate crops, including almonds, blueberries, apples, and broccoli.

The recent work of Randy Rucker, a professor in the Department of Agricultural Economics and Economics at Montana State University College of Agriculture, explored the impact of CCD. “Beekeepers know how to replace dead hives,” according to Rucker. This is thanks in part to winter mortality rates, which average about 15 percent.

He acknowledged that there is work to be done in regards to understanding CCD. But, its effects on food are small.

“When we started this project, we expected to find huge effects, but we found very small ones,” said Rucker. “The only effects we found on consumers, for example, is that they probably pay about 10 cents more for a $7, one-pound can of almonds at the grocery store.”

Commercial honeybee and wild pollinator populations are separate issues, he adds. “Data on those pollinators’ populations are sparse, and the impacts of maladies like CCD on their populations are not well understood. There is definitely much more work to be done to grasp the effects of CCD and other threats to bee health,” says Rucker.

How To Help Bees

According to Goulson, there are ways to help declining insect populations. The first is by rewilding urban gardens and parks to be more pollinator-friendly.

“There is potential for a huge network of insect-friendly habitats right across the country. Already a lot of people are buying into the idea that they can make their gardens more wildlife friendly by letting go of control a bit,” he said.

Individuals can help insects by planting wildflowers and vegetable gardens, letting weeds grow, and stopping the use of pesticides. Nectar-rich plants help attract pollinators. These include allium, chives, foxglove, crocus, sunflower, and lavender. You can also buy or make a bee hotel.

The agriculture industry is the bigger issue. For example, 70 percent of Britain is farmland. Of the 915 million acres of U.S. farmland (which includes pastures, cropland, and woodland) documented by the United States Department of Agriculture (USDA) in 2012, 42.6 percent was cropland.

Large-scale change, not individual actions, will make the biggest impact, according to Goulson.

“No matter how many gardens we make wildlife-friendly, if 70 percent of the countryside remains largely hostile to life, then we are not going to turn around insect decline,” he told the Guardian.

Goulson’s report called for binding targets for pesticide reduction as well as support for farmers making the transition. One method may be introducing heavy taxes on pesticides — Sweden, France, Italy, and Denmark have all implemented these.

Helping pollinators should be a collaborative effort between national and international organizations, academic, and research bodies, according to the FAO. A 2017 study published in the journal Nature Plants revealed that virtually all farms could reduce pesticide use without impacting food production.