What Guarding Rare Rhinos Says About Saving the Planet 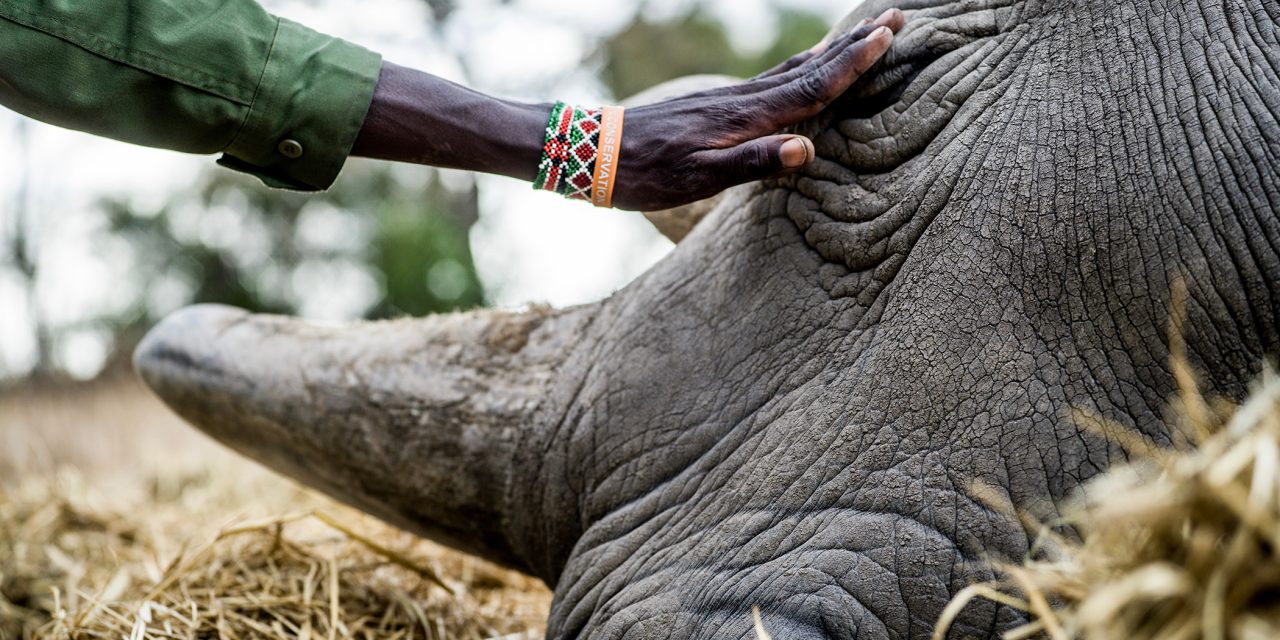 Northern white rhinos are functionally extinct. The last male died in 2018 and the future survival of the species depends on in-vitro fertilization or some other remote technological intervention.

It’s a dire predicament that reflects the general decline of biodiversity around the world. Globally, more than 1 million plant and animal species could go extinctbecause of the chain reactions and ecological collapse caused by climate change. In recent decades, a combination of rampant resource extraction, habitat loss, droughts, heat waves, and more have endangered much of the world’s wildlife.

The United Nations’ Global Goals argue that protecting wildlife and biodiversity is critical to the fight to end poverty and that the march of climate change — which leads to health issues, erodes food and water supplies, and makes extreme weather events more likely — could undo the progress made on the Global Goals. 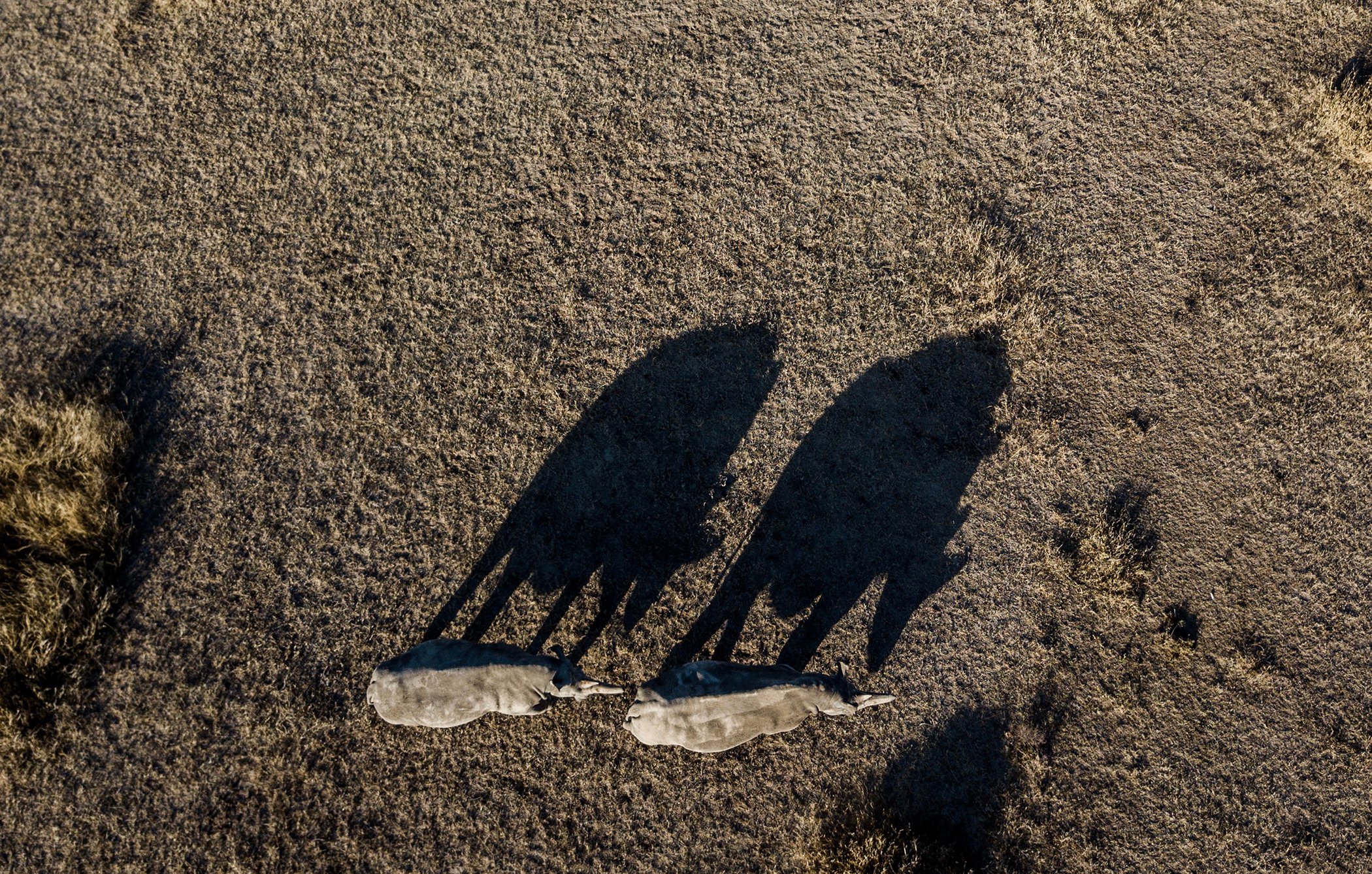 The northern white rhinos, in particular, have been brought to the edge of oblivion by relentless poaching and the widespread loss of suitable habitats. Rhinos in general are being killed off by the thousands each year for their horns.

The only two surviving female northern white rhinos live in the Ol Pejeta Conservancy in Kenya. They have to be vigilantly guarded at all hours to prevent poachers from slaughtering them and sawing off their horns to sell to ivory traders.

For the guards protecting the animals, the responsibility has a devotional quality to it that photographer Justin Mott captured in a series called “No Man’s Land,” being displayed at the Anastasia Photo gallery in New York. The photos are part of a larger project Mott is working on called “Kindred Guardians” that showcases the people working to protect the world’s wildlife.

Mott lives in Vietnam and had previously photographed a story on the consumption of rhino horns. Going to the Ol Pejeta Conservancy seemed like it would bring his advocacy full circle by linking the conservationists working to stop poaching to the buyers who ultimately fuel poaching.

“Living in Vietnam, I felt I could use my network to raise awareness of the rhino’s plight within a country that is one of the largest consumers of their horns,” he said.

Peter Esegon, 47, visits the gravesite of Sudan, the last male white rhino in the world who passed away in 2018. Esegon was one of Sudan’s caretakers during his time at Ol Pejeta conservancy. © Justin Mott; courtesy Anastasia Photo; New York.

Fatu and Najin sip water together from a manmade trough in their holding area. The pair typically eat, drink, and nap together throughout the day. © Justin Mott; courtesy Anastasia Photo; New York.

A portrait of Peter Esegon, 47, one of the primary caretakers of Fatu and Najin at Ol Pejeta conservancy in Central Kenya. Esegon has worked at the conservation for 20 years and his job entails looking after and educating visitors about the rhinos. © Justin Mott; courtesy Anastasia Photo; New York.

Esegon says that Fatu likes to be scratched behind her ears and behind her leg, saying that “it calms her down, and puts her at ease.” © Justin Mott; courtesy Anastasia Photo; New York.

Peter Esegon, 47, visits the gravesite of Sudan, the last male white rhino in the world who passed away in 2018. Esegon was one of Sudan’s caretakers during his time at Ol Pejeta conservancy. © Justin Mott; courtesy Anastasia Photo; New York.

Fatu and Najin sip water together from a manmade trough in their holding area. The pair typically eat, drink, and nap together throughout the day. © Justin Mott; courtesy Anastasia Photo; New York.

While “No Man’s Land” is ultimately about the men who guard rhinos, it doesn’t stint on animal imagery. There are many scenes of rhinos in their full glory, dinosaur-like creatures roaming, standing, and drinking water in vast, flattened landscapes.

But the core of the project meditates on the guardians who dedicate their lives to protecting the rhinos.

“I was surprised and in awe of the caretakers and rangers for their dedication and sense of purpose looking after Fatu and Najin and the other animals they protect within the conservation,” Mott said. “[They] live far away from their families for long periods of time and they risk their lives daily.”

Fending off poachers is difficult and dangerous. The rhinos roam in a wide open landscape, exposed on all sides to potential attacks. The guardians have to stay alert enough to identify and repel attacks, especially at night when stealth campaigns by armed poachers are more common.

“The rangers who I followed told me a story about an incident that took place less than a year ago where they were shot at by three poachers and in a firefight and in self-defense they had to shoot and kill the poachers,” Mott said.

The guardians also have to grapple with the slow passage of time. They do this, in part, by enjoying the company of the rhinos.

The shadow of an armed member of the National Police Reservists is seen on Fatu as she grazes in her holding area protected around the clock from poachers. Image: © Justin Mott; courtesy Anastasia Photo; New York.

Mott hopes that this sense of kinship rubs off on his audience in a way that helps to end poaching.

“I hope people have sympathy for these beautiful animals and their plight,” he said. “I wish that my images can humanize them in a way that we can all relate to and encourage people to act, speak out, and change their ways and actions toward animals and toward the consumption of rhino horn.”