Who Hears the Fishes When They Cry? The Filthy Business of Fish Farming

“Who hears the fishes when they cry?” is taken from Henry David Thoreau.

On October 7th, 2019, animal protection organization Compassion Over Killing released footage from their new undercover investigation of a salmon factory farm. The first of its kind, their investigation revealed:

It is clear that these sentient animals often live in filthy conditions without proper care, with many painfully dying of spinal deformities and fungus growth on their faces.

The “Sustainable” Alternative to Overfishing?

People often claim that fish factory farming is a “sustainable” alternative to overfishing of our rivers and oceans. What many don’t know is that while farmed fish are commonly fed unnatural diets of corn or soy, many are fed other fish. Compassion In World Farming reports that “millions of tonnes of fish are being harvested from the wild every year to produce fishmeal and fish oil (FMFO) – key ingredients of farmed fish feeds – threatening food security and risking a collapse of marine life.” That means that many populations of wild ocean fish are declining to feed fish farms. This also takes a hard toll on populations of whales, dolphins, seals, sea lions, tuna, bass, penguins and other species who, in turn, experience food shortages.

And that’s not the only way that fish farms are harming other sea creatures. As Dave Simon says, “Farmed fish are packed as tightly as coins in a purse, with twenty-seven adult trout, for example, typically scrunched into a bathtub-sized space. These unnatural conditions give rise to diseases and parasites, which often migrate off the farm and infect wild fish populations.”

Fish are frequently but wrongly portrayed as unintelligent and incapable of feeling pain. In reality, these diverse and sophisticated animals have long-term memories, are able to recognize other individuals, and work cooperatively with other species. On the topic of pain, Dr. Donald Broom, Professor of Animal Welfare at Cambridge University, says, “The scientific literature is quite clear. Anatomically, physiologically and biologically, the pain system in fish is virtually the same as in birds and mammals…”

Fish are exploited on a scale that far exceeds any other animal, and are subjected to horrific abuse. It is estimated that between 51 and 167 billion  farmed fishes were slaughtered for food globally in 2017, and that between 0.79 and 2.3 trillion fish were caught from the wild each year for 2007-2016. Globally, another 63 billion pounds of marine animals are injured or killed as “bycatch,” the term used to describe the staggering numbers of fishes, birds, seals, whales, sharks, crustaceans and other sea animals who are indiscriminately captured, maimed, snared, suffocated and more as “collateral damage” in ocean fishing equipment.

Sadly, fish receive the least legal protections, while Aquaculture is the world’s fastest growing food production sector. Read more about the sentience and suffering of fish here. Take action and protect sealife by signing this petition and sharing this story! 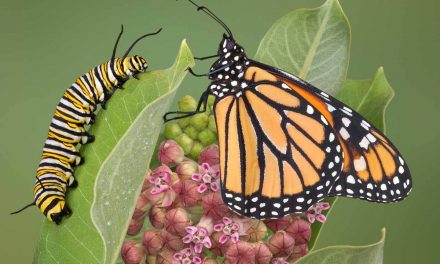 Ode to the Monarch Butterfly