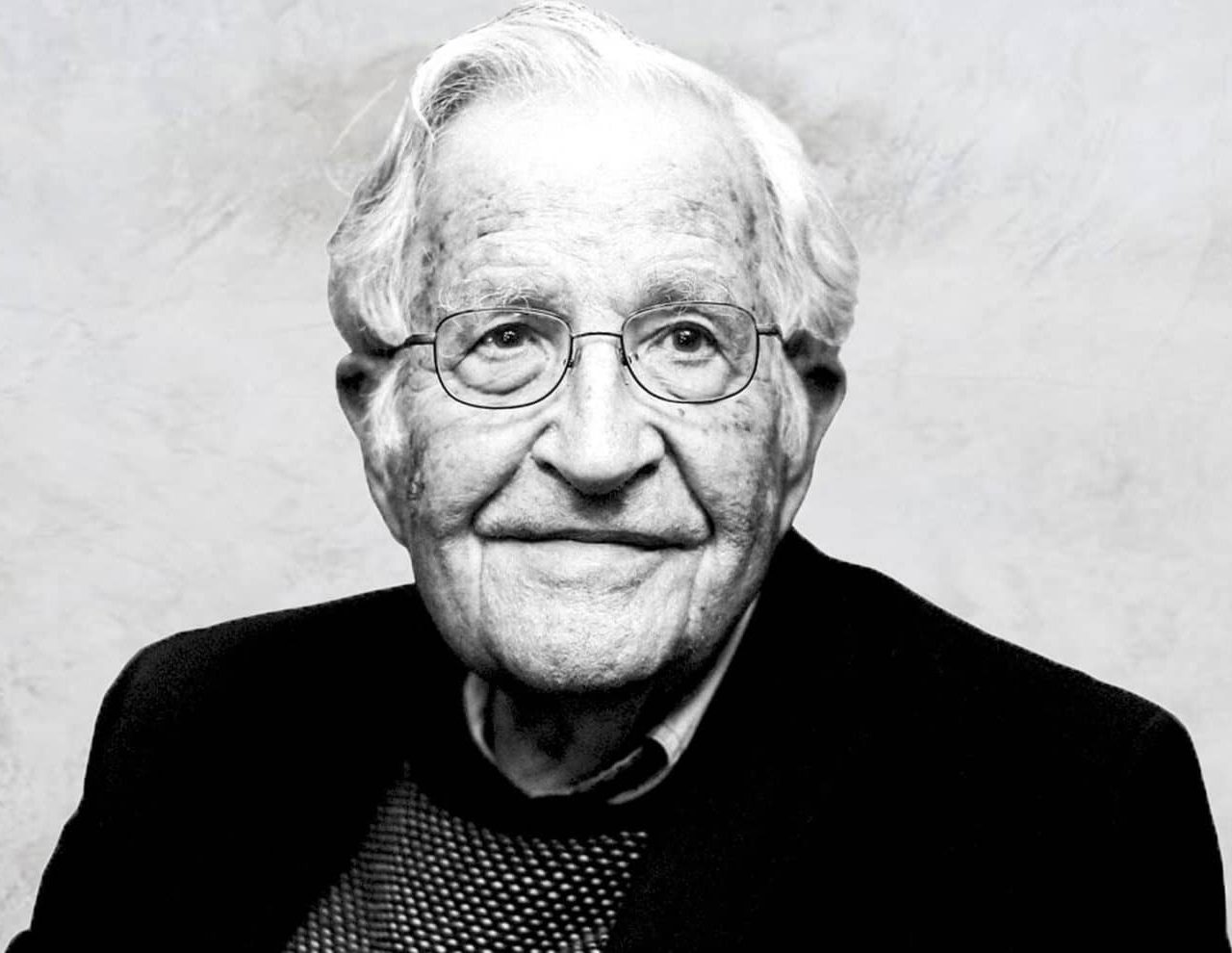 Facing Future.TV founder and executive producer Stuart Scott and co-host Dale Walkonen recently broadcast a wide-ranging interview with Noam Chomsky about the state of human existence in the face of universal decadence.

They started by referencing the Doomsday Clock (Science and Security Board Bulletin of the Atomic Scientists), which has pegged humanity’s risk of annihilation at an all-time high of only 100 seconds to midnight. Chomsky feels we’re actually closer to midnight than that. For example, his opinion is influenced by information in a leaked draft of the IPCC (Intergovernmental Panel on Climate Change) upcoming report, “which is much more grim than earlier reports,” keeping in mind it is only a draft so far, and he believes the final report may temper the initial draft.

With regard to nuclear weapons, the situation is far more dangerous than the last Doomsday Clock report.  New weapons systems under development are much more effectively dangerous. The Biden administration, expanding upon Trump’s confrontational approach, has Chomsky at a loss for words to describe the danger at hand. Only recently, Biden met with NATO leaders and instructed them to plan on two wars, China and Russia. According to Chomsky: “This is beyond insanity.” Not only that, the group is carrying out provocative acts when diplomacy is really needed. This is an extraordinarily dangerous situation.

According to Chomsky, the Doomsday Clock setting at 100 seconds to midnight is based upon: (1) global warming, (2) nuclear war, and (3) disinformation, or the collapse of any kind of rational discourse. As such, number three makes it impossible to deal with the first two major problems. Along those lines, within the Republican Party, there’s virtually a disappearance of any pretense of rational discourse. Twenty-five (25%) percent of Republicans believe the government is run by an elite satanic group of pedophiles. Seventy percent (70%) of Republicans believe that the election was stolen. Only fifteen percent (15%) of Republicans believe that global warming is a serious problem. Therein lies an insurmountable problem to solving the main issues that continually tick the clock ever closer to a disaster scenario that will likely be unprecedented in the annals of warfare and environmental degradation.

As a result, Chomsky says: “We’re living in a world of total illusion and fantasy.” Accordingly, “Unless this is dealt with soon, it’ll be impossible to deal with the two major issues within the time span that we have available, which is not very long.”

In Chomsky’s opinion, the Republican Party, especially if it regains control in 2024, will take society down the tubes, down for the final count into the depths of a nether world. In Chomsky’s words: “If they return to power, it is very likely it will be an organized death knell for human society.”

However, on a positive note, boots on the ground political activism is still a political factor that works. A prime example is the Sunrise Movement that has effectively lobbied for a civilian climate corp. Chomsky applauds Sunrise as well as The United Mineworkers agreement to support a transition program of miners to sustainable energy via government-sponsored programs. Additionally, nineteen unions in California have agreed to a similar program.

Meanwhile, on the opposite side of the ledger, OPEC is planning to increase investment and production of fossil fuels because the price of oil is going up. According to Chomsky: “It is totally suicidal.” It’ll be suicidal in due course, but over the short term, it’ll produce more wealth for Saudi Arabia.  However, there’s little doubt that the country will be uninhabitable within a few years in a self-afflicted pogrom.

Chomsky: “Whatever is going on in the minds of human beings, they’re capable of saying let’s destroy ourselves, let’s destroy life for our children, because I can make a few more dollars tomorrow.” Not only are countries blind to an encroaching hothouse Earth, the wealthy countries are basically monopolizing vaccines for Covid 19 in the face of variants of the virus that will come back more powerful and deadly to haunt the wealthy countries. Indeed, the world is at odds with itself!

Chomsky claims there are opportunities and ways to reach people to resolve issues. But, “we do not have much time.”  He warns that if the Republicans come back to office in 2024, it may be too late. “The programs they are pursuing offer no hope for survival.” After all, every year that Trump was in office, the Doomsday Clock minute hand moved closer to midnight. Eventually, the Doomsday Clock analysts gave in by shifting from the minutes-hand to the seconds-hand.

There are opportunities that must be grasped to stop the madness. To be effective, change must come from below from the general population not from above or the politicians. For example, Congress passed a resolution calling for a Green New Deal introduced by Representative Alexandria Ocasio-Cortez and Senator Ed Markey. He claims: “It’s a very good proposal.” Extensive activism got it to this point. The key to making things happen is “boots on the ground.”  The Sunrise Movement occupied Nancy Pelosi’s office and got support from AOC. That’s grassroots activism at work and it has succeeded, so far.

Chomsky: “There are good people like Ocasio-Cortez and Markey but they’re not going to get anywhere unless there’s extensive popular pressure compelling the legislative authorities, the Congress, the White House to pursue these objectives.” For example, when FDR wanted to pass New Deal legislation, he told the public: “You have to make me do it, I cannot do it myself.” It takes human bodies with boots on the ground to effectively influence legislation. Whereas, clicking a mouse gets nowhere and is easily ignored.

In retrospect, it is important to emphasize that throughout history, political parties that rely upon lies bring society down to its knees in piles of shameless destruction. A prime example of this is the fall of Rome, which resonates today: “By the time of Augustine (354-430 AD), the Roman Empire had become an Empire of lies. It still pretended to uphold the rule of law, to protect the people from the Barbarian invaders, to maintain the social order. But all that had become a bad joke for the citizens of an empire by then reduced to nothing more than a giant military machine dedicated to oppressing the poor in order to maintain the privileges of the rich. The Empire itself had become a lie: that it existed because of the favor of the Gods who rewarded the Romans because of their moral virtues. Nobody could believe in that anymore: it was the breakdown of the very fabric of society; the loss of what the ancient called the auctoritas, the trust that citizens had toward their leaders and the institutions of their state.” (Source: Cassandra’s Legacy, The Empire of Lies, February 8, 2016).

We Risk Living in an ‘Empty World’ If Assault on Nature Not Stopped, Warns UN Biodiversity Chief