The U.S. Plot to Overthrow Venezuela: An Interview with Daniel Kovalik 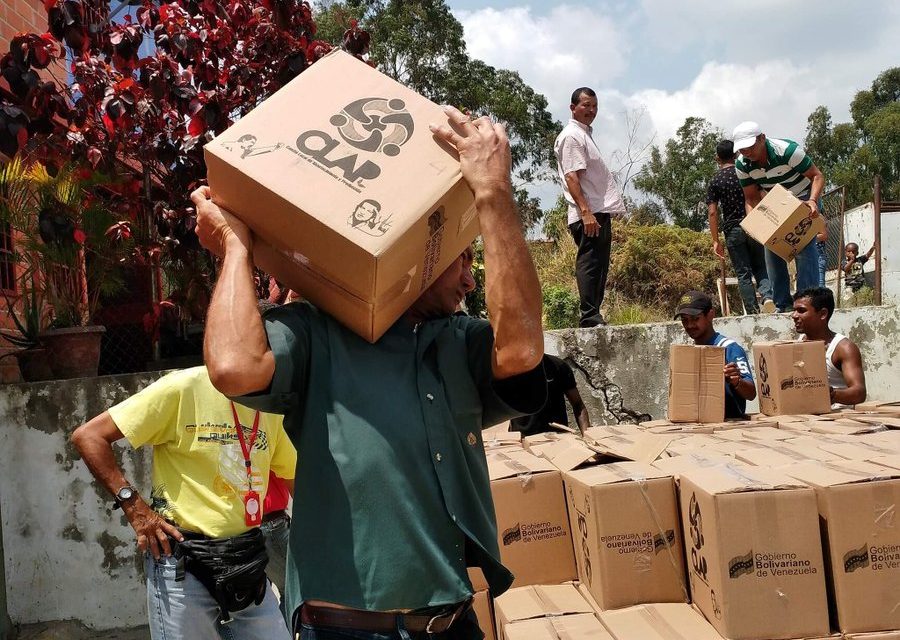 “If the US truly wanted a humanitarian operation in Venezuela, it wouldn’t intentionally cut people off from medicine and food.”

In his last book on Venezuela, Daniel Kovalik, a lawyer and a long standing friend of latin american people in countries such as Colombia and Central America, is tearing away the veil of war propaganda : “the humanitarian part of the intervention is now barely a fig leaf for the real and usual intention – the control of another country’s oil supplies“. To know more about the ins and outs of “The Plot To Overthrow Venezuela”, we have interviewed author Mr. Kovalik.


Alex Anfruns : In a chapter of your book on the birth of the Bolivarian Revolution, you point at some historical figures from the pre-revolution period that have been concealed from western public opinion. I quote an excerpt : “A report mentions that critical poverty for had tripled from 11% of the population in 1984 to 33% in 1991, meaning that only 57 %” of Venezuelans could afford more than one meal a day”. Which conclusion should we draw if we compare those figures to the situation that has prevailed the last 20 years of Bolivarian government ?

Dan Kovalik : Certainly between 1999, when Hugo Chavez became president, until 2015, the government did a great job of eradicting poverty and extreme poverty; of building houses, providing free education to children – which also included a hot meal everyday, etc.  So that was a real critical piece of the Bolivarian Revolution. They struggled after 2015 with those social programs because of the lowering of oil prices –which was done intentionally by Saudi Arabia and the United States beginning in 2014 — and then, because of the sanctions that were imposed on 2015 and have been ramped up ever since.

But even in spite of the sanctions, the government has made huge efforts to get food to people through the CLAP program and it continues to build housing for people. It has built 2.5 million housing units. The gains of the revolution continue to exist, but the sanctions are certainly cutting into them.


You also highlight the rights that the Venezuelan government has given back to the afrodescendant and indigenous people, the majority of which are supporting the revolution. Could you draw a comparison with the situation of these people in the US and how their specific rights are being treated there?

Well there is really no comparison, because indigenous groups in the US have been treated in a horrible way. Since the initial years of the US, the attacks against indigenous peoples can only be described as genocidal. It was an extreme genocidal violence against them. And still, to this day, you have massive amounts of poverty amongst the indigenous peoples in this country  — the suicide rate is huge; you have situations in which indigenous children are taken away from their families on a huge scale. In truth, indigenous peoples have been pushed to the margins of society, where they remain.

In Venezuela, on the other hand, the government made a huge attempt, since the Bolivarian Revolution in 1999, to enshrine the rights of indigenous peoples in the Constitution, not only to recognize their languages but actually to preserve them.  They have gone out of their way to create programs to preserve indigenous languages. They gave stolen land back to indigenous peoples.

And again in Venezuela, the Bolivarian Revolution has given land back to afrodescendants, has recognized their rights as a people, in a way which really didn’t exist before the revolution. And that’s the reason why Afro-Venezuelans and indigenous people are supporting the government there. And of course, it makes sense in many ways that the US governement, which oppresses indigenous and afrodescendants here, have aligned with the white elite in Venezuela to try to topple the government.


The ex ambassador of the US in Venezuela has recently admitted it in other words, explaining why a traditional military intervention couldn’t be put into practice in Venezuela contrarily to the case of Libya’s, for at least two reasons : the lack of rebel forces ready to overthrow the government, and the state of public opinion, still not  unanimous enough against Maduro. Can this “collapse strategy” benefit the Venezuelan opposition somehow or is it rather a political impasse ?

Obviously the goal is to destroy the Venezuelan economy and to blame all of this on the Venezuelan government, in the hope of overthrowing the government so as to bring the opposition into power. But even the opposition and Juan Guaido have recognized that, though they have supported that strategy, they have also recognized that if the economy is destroyed beyond repair – by sanctions and other means- then, how are they going to govern if they take power? So Juan Guaido, for example, asked Trump a few months ago to lift the international sanctions which prevent Venezuela from getting international financial assistance and loans. Again, he didn’t want to see the economy hurt so badly that he would inherit a mess if he came to power.  However, Trump turned him down on that.

So the point is even the opposition recognizes that the damage could be too great and could be irreparable. And indeed, we are seeing that the US is imposing such draconian sanctions on that country, that they really could destroy the economy in a way that it would be nearly impossible to repair. I don’t think this economic warfare is going to work to replace the Maduro government, but certainly it could destroy that nation.

By the way, that’s the alternative goal of the US.  If you look at US regime change operations throughout the years, if the US is unable to unseat the governement it wants to unseat, it will accept as an alternative simply destroying the nation. Vietnam is a great example. The US knew at some point that it would not defeat the national liberation forces in Vietnam and so it simply proceeded  to bomb that country to the stone age so as to leave them with nothing. If we look at Libya there is a similar situation, in Venezuela and Iran too.  The US would settle for just destroying which is quite shocking and obscene, and people should oppose it. But I do think we are witnessing that strategy being played out.


Venezuelan government has denied there is a “humanitarian crisis”. On the contrary, the opposition has been using this concept on purpose , which is linked to the UN’s “responsibility to protect” norm that could lead to a military intervention. To what extent are US sanctions affecting the Venezuelan people ?

There is a recent report that was put out by The Center for Economic Policy Research which was co-authored by Jeffrey Sachs, a very well-respected economist from Columbia University. They have concluded that at least 40 thousand Venezuelans have been killed by the sanctions since August 2017 when Trump imposed a very draconian round of sanctions which cut Venezuela off from the international financial markets. So they are virtually unable to get things like HIV medicine, dialysis equipment, chemotherapy medicines and food. This report concludes that because of this, 40 thousand venezuelans have died, and they also conclude that at least another 40 thousand or more will die this year.  So the sanctions have been very devastating for people there, which of course exposes the lie that this is a humanitarian operation. If you truly wanted a humanitarian operation, you wouldn’t intentionally cut people off from medicine and food.


So, how has the Venezuelan government been dealing with the sanctions in order to protect its own people’s rights ?

What the government has done in response is the CLAP program in which it buys mostly locally grown food, and then provides it at very cheap cost to those who need it. For a long time they were providing food to people once a month, and now they are trying to do it every 15 days in order to make sure people are getting food. The government try to get medicines from the eastern market like China, Russia, Iran, because it can’t get them from the West. And again, incredibly the US now wants to sanction the CLAP program that is providing food for people. So this is an obvious attempt to starve the population. The hope of the US is that the Venezuelans cry uncle (specifically, Uncle Sam) and overthrow the government. This is a form of terrorism, clear and simple!


A few people have denounced how the western public has been disinformed by propaganda in favor of a coup d’etat during the first half of the current year. Do you think the debate about foreign issues in US public opinion will evolve, especially now that there is a dialogue process between the venezuelan governement and the opposition ?

I can only speak about what is happening in the US, and in the US the press is very one-sided in its coverage of Venezuela . It barely covers the negotiations that have been taken place between the government and the opposition. Once it became evident that Juan Guaido was not going to succeed in overthrowing the government, the press just stopped covering Venezuela like they were covering it before.  Instead of trying to deal with the situation in an honest way, and reconsider whether this gambit of supporting Guaido was right to begin with, the media just moved on. The point is that it  would be hard for most Americans feel the need to reassess the situation, because the media isn’t giving them any information or any reason to rethink what’s happening there.


In the 2000’s you had a rich experience defending Colombian trade unionists – there is a documentary film that talks about that. Nowadays we learn about the killing of Colombian social leaders on a daily basis, but it seems that this issue is not important enough to make big news…

That’s another point that I mention in the book: if you look at Colombia which is right next door to Venezuela, there are record numbers of social leaders being killed, including trade unionists. This year has been terrible for them, with over 150 social leaders being killed in the last year, and that number is really climbing. There is massive displacement of people. Colombia has the largest internally displaced population on earth, at around 8 million people. And disproportionately, the displaced are afrocolombian and indigenous peoples. So there is a terrible human rights record in Colombia, but again it’s not being covered in the press.

The press barely whispers anything about Colombia. So people don’t understand what the reality of Colombia is, especially as compared to Venezuela’s. The other thing that the media doesn’t talk about is the fact that 5.8 million Colombians are living in Venezuela. There has been a mass migration going the other way, from Colombia to Venezuela, which is not talked about. So people are then led to believe that Venezuela is a uniquely troubled country in the region when that is far from truth.


In your opinion what is the importance of that country for the US, and what is your view on the future of the Colombian peace agreement ?

The government never honoured the peace agreement in a serious way. There have been 130 ex- FARC combatants murdered. The government has never halted the paramilitaries as it was required to do by the peace agreement. So the peace agreement is dead, that is a fact. Colombia is the US’s beach head in South America. The US operates from at least 7 military bases there, its regime change operations for Venezuela are largely staged from Colombia. Some people say Colombia is the Israel of South America, the US’s surrogate in South America. That’s why the US is so protective of Colombia and gives it so much military aid, because that is where it projects power from. 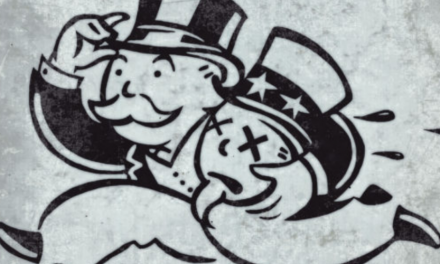