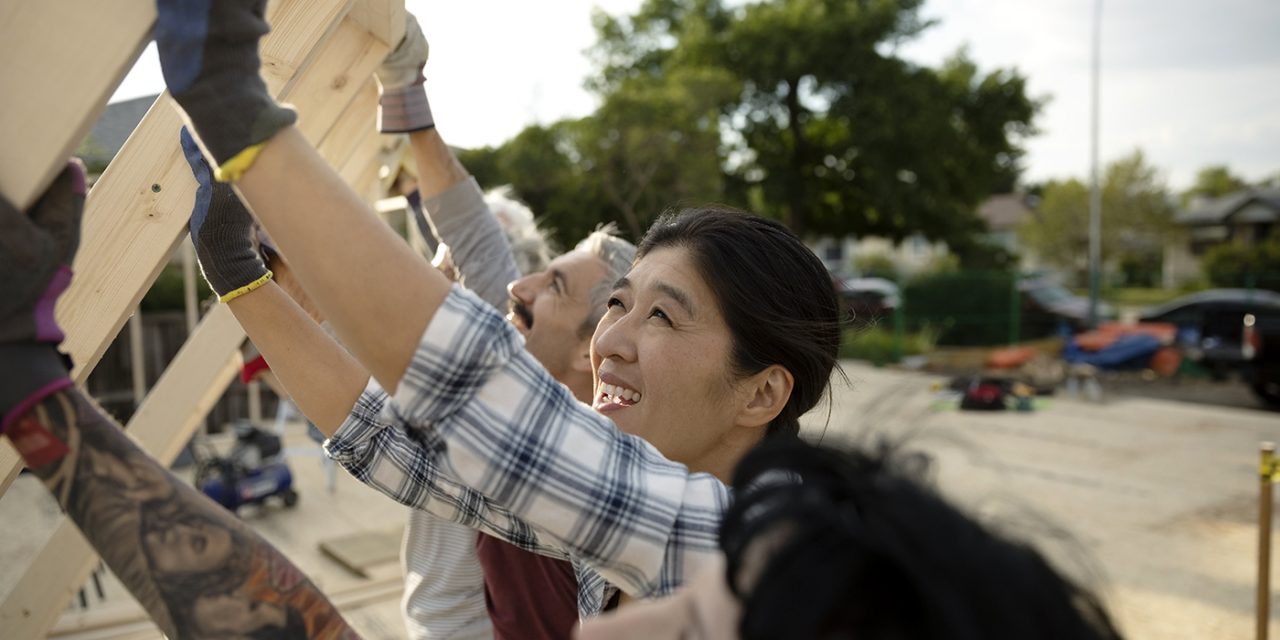 “To create a healthy community, we need to figure out how to build power to make change, and how to end structural inequity and racism.” Photo by Hero Images/Getty Images

Improving health for everyone starts with addressing systemic inequities.

Seattle’s economy is booming. The city ranks near the top of the list of America’s healthiest cities, and young people from across the United States dream of moving there.

Yet a morning walk amid the gleaming office towers downtown reveals a different story. People sleep on the sidewalk, wrapped in blankets. A man paces back and forth violently slamming a football against his palm. A young woman shouts to no one in particular, “I never did get a hug.”

These scenes unfold just a block from City Hall, where Tyler Norris and Dr. Arpan Waghray, CEO and chief medical officer, respectively, of the newly launched Well Being Trust, are meeting with city and county officials about plans to curb homelessness by tackling wider problems such as mental health, substance misuse, unemployment, and an acute lack of affordable housing.

The mayor’s office is just one stop on a fact-finding tour that also includes Plymouth Housing, home to people who can’t find apartments because of criminal records, mental health disabilities, or poverty. Norris and Waghray are scouting for fresh ideas and successful models that can move the U.S. toward the Well Being Trust’s goal of “a nation where everyone is well—in mental, social and spiritual health.”

“While the most fortunate among us are experiencing healthier, longer lives—many of us, especially the most vulnerable, will live sicker, shorter lives than their parents,” Norris says. Indeed, Americans’ life expectancy has actually decreased over the past three years for the first time in a century.

Emergence of the community health movement

The movement’s central idea—that our individual health depends on healthy conditions in our communities—got a huge lift from a well-publicized study showing that only 20 percent of a person’s overall health is attributable to access and quality of health care services. The rest depends on social, economic, environmental, mental, and personal behavior factors, according to researchers at the University of Wisconsin.

Community health advocates aim to reimagine our health system—starting with the narrow focus on treating illness rather than eliminating the causes of illness. The U.S. spends 50 percent more on health care per capita than any other developed nation yet has worse health outcomes. Our rates of chronic diseases—heart disease, diabetes, numerous forms of cancer, obesity, asthma, and others—are significantly higher than Europe’s. Treatment of these conditions consumes 86 percent of the$3.65 trillion we expend on health care every year, even though most chronic diseases are preventable.

The U.S. also stands out for the glaring economic and racial inequity of its health care system. A spate of medical studies show life expectancy can vary as much as 15 years among people living in the same community, based on whether they live in an affluent or poor neighborhood.

Facing a constant barrage of problems depletes the physical and emotional resilience of residents in lower-income areas—especially people of color, says Mindy Thompson Fullilove, professor of urban policy and health at the New School and community activist in Orange, New Jersey, a predominantly African American city near Newark. “What happens to them is like what happens to football players: You take too many hits and you die young.”

The U.S. spends 50% more on health care per capita than any other developed nation yet has worse health outcomes.

“Chronic stress wears on tissues and blood vessels to cause disease,” explains Vivek Murthy, former U.S. surgeon general and a senior fellow at Well Being Trust. “I have come to believe that emotional well-being is the foundation on which we build everything else in society.”

“Our health is directly connected to our living conditions, and our living conditions are almost directly connected to our ability to make changes in our lives,” said Jeanne Ayers, Wisconsin’s state health officer and administrator. “So, to create a healthy community, we need to figure out how to build power to make change, and how to end structural inequity and racism.”

Every year, the U.S. spends $1 trillion to treat diseases that are byproducts of poverty, says David Erickson, director of community development at the San Francisco Federal Reserve Bank. Looking at health through the lens of economics, he sees that there are buyers of health (patients, insurance companies, HMOs, the government) and producers of health (a long list that includes affordable housing, good schools, prenatal care, good nutrition, parks, walkable communities, youth sports leagues, and much more).

“The trick is to connect the buyers and the producers,” Erickson says. He points to the fact that some hospitals around the country are building affordable housing for the homeless with the idea that it will be less expensive than paying the Medicaid costs of emergency room visits by people living without shelter.

“We now know a lot about what works to improve health, as well as what’s not working,” the trust’s Norris says. “When you know what works to create positive outcomes, it’s unethical not to use this learning to make things better.”

Another emphasis for the community health movement is the fact that 1 in 4 Americans experiences a mental health challenge in any given year—the highest rate among countries in a study conducted by the World Health Organization.

“We are in the midst of a full-blown mental health crisis, and there is no neighborhood that isn’t touched by it,” says Chirlane McCray, New York City’s first lady and founder of Cities Thrive, a national coalition working in communities to raise awareness of the problem and expand resources for those in need. Although insurance companies and government agencies often balk at paying for psychological and substance misuse services, McCray points out, the costs of untreated mental illness such as crime, family disruption, and job loss are far more expensive over the long run.

A major study from the Trust for America’s Health and Well Being Trust, co-funded by the Robert Wood Johnson Foundation, documents the alarming rise in “deaths of despair”—1 million American lives claimed by drug overdoses, alcohol misuse, and suicide between 2006 and 2015. Follow-up research shows that deaths of despair among Americans ages 18 to 34 have climbed precipitously over the past two decades, including a 400 percent increase in drug-related deaths.

The “vital conditions” for good health

So, what can we do about America’s declining health? Well Being Trust along with several partners identified a set of “vital conditions” for societal well-being comparable to the “vital signs” doctors use to assess patients’ individual health.

Basic needs for health and safety: Personal safety, nourishing food, freedom from discrimination, and access to health care are essential to our survival. To create a foundation of well-being for all Americans, reducing racism, sexism, substance misuse, acute stress, bullying, crime, and domestic violence is crucial.

Meaningful work and wealth: An adequate income is critical to staying healthy, and meaningful work is central to a satisfying life. Long-term health depends on everyone enjoying guaranteed work paying a livable wage (and adequate income for those who can’t work) as well as increased opportunities to become entrepreneurs, join cooperatives, and form unions.

Humane housing: America is experiencing a ballooning housing crisis as a third of Americans spend at least a third of their incomes on shelter. Everyone deserves an affordable home in a safe, healthy community.

Healthy environment: Clean air and water, protection from toxic chemicals, access to green spaces, and walkable neighborhoods are critical to ensuring the health of the planet and our families.

Belonging and civic muscle: Numerous medical studies show that strong social ties boost our health as much as diet or exercise. This means a robust sense of community fostered by lively public spaces, vital social institutions, and other avenues for public engagement is a basic ingredient for better lives.

Lifelong learning: More than ever, education is the ticket to a healthy, stable life—which means those who attend under-resourced, low-performing schools suffer a severe disadvantage. Investing in educational opportunities for all Americans—including debt-free college and vocational training—will pay off in social, economic, and health dividends.

Reliable transportation: Mobility throughout the U.S. is highly dependent on the automobile even though one-third of Americans cannot drive because of age, income, or disability. Furthermore, cars pose health risks—directly from crashes and pollution but also by discouraging physical activity and inhibiting social interaction. More convenient transportation options for everyone—including walkable communities, better bike infrastructure, and improved transit—promote health, social mobility, and a greener environment. 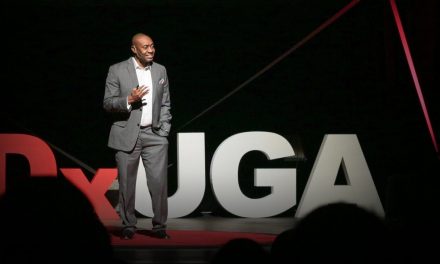