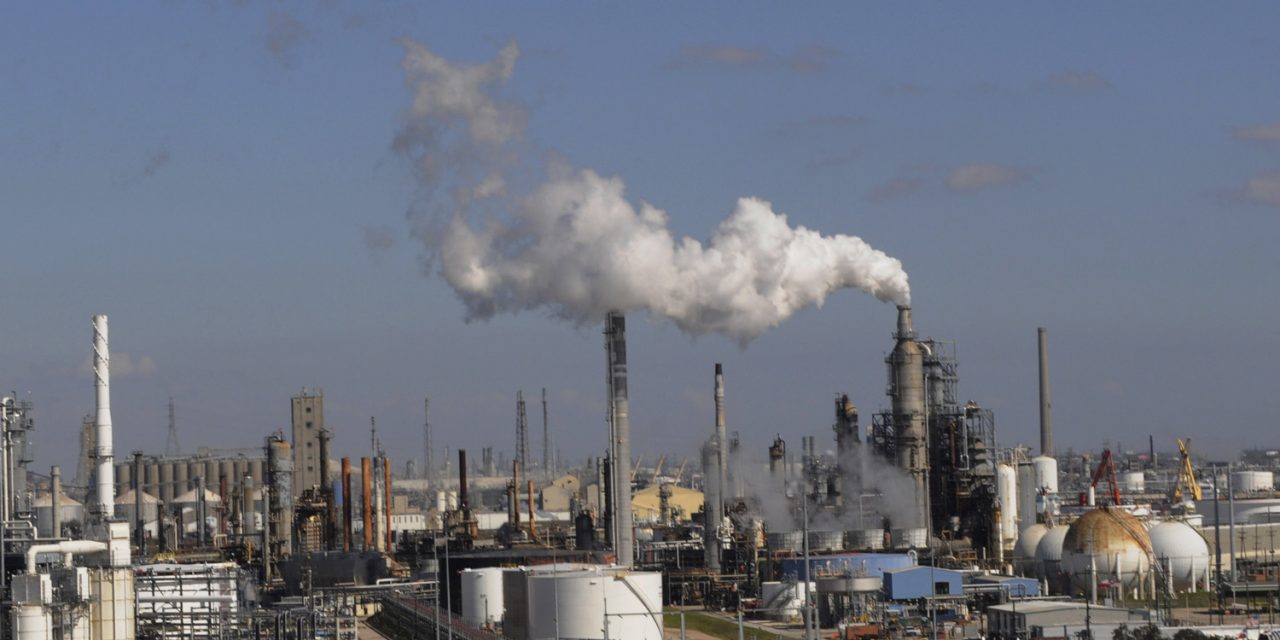 Throughout the history of Western Civilization there are times, but only on rare occasions, when people en masse feel compelled to run into the streets, similar to the storming of the Bastille 1789, screaming at the top of their lungs: “Stop the Madness!”

Now is one of those times, as only recently Feb 2020 the Trump administration signed a regulation to remove America’s water resources from federal protection. This is the largest rollback of the Clean Water Act since passage into law in 1972. No other administration over the past 50 years has removed federal control over certain key aspects of the all-important landmark legislation known as the Clean Water Act.

“This will be the biggest loss of clean water protection the country has ever seen,” according to the Southern Environmental Law Center.

“This is not just undoing the Obama rule. This is stripping away protections that were put in place in the ’70s and ’80s that Americans have relied on for their health.” (Source: EcoWatch, Jan. 23, 2020)

Trump’s disgusting and kinda creepy reversal of one of America’s longest-standing policies protecting the public from environmental muck, crud, slime, sludge, oozing glop and most significantly “manmade chemicals” affects every citizen all across the land. It goes right to the heart of the morality of the country.

Still, many Americans are already drinking chemically laced water, aka: Forever-Chemicals, straight out of the tap, yet they don’t know.

According to the Environmental Working Group (EWG) Washington, DC, for the first time: Toxic fluorinated chemicals, known as PFAS (a family of manmade Forever Chemicals – lasting forever in the environment) have been discovered in drinking water in dozens of cities, including the major metropolitan areas of America. These studies have not previously been reported to the public at large.

Accordingly, the number of Americans exposed to toxic chemicals has been drastically underestimated in prior studies by both the EPA and by EWG’s own research. This is not good news.

“… that are not commonly tested for presence in drinking water.” (EWG)

In other words, testing for drinking water toxicity has been deficient for years. By all appearances, governmental rules and regulations should be greatly enhanced and expanded, not diminished or abolished, as has been the case over the past couple of years.

Not only that, across the board, Trump has reversed decades of solid, established policies designed to safeguard U.S. citizens. Yes, he actually abolishes policies that protect the health of the very same voters who belly up, squeezing into tiny voting booths, to blindly vote for him. It’s horrific on the scale of Greek tragedies where the main character is eventually brought to ruin as a consequence of: (1) tragic character flaws, (2) moral weakness and (3) inability to cope. Trump scores on all counts.

Only recently, the self-congratulatory tragi-comic Trump pounded his chest for being the first president to successfully open up drilling to America’s most pristine wildlife refuge, the Arctic National Wildlife Refuge (ANWR). For decades, Congress steadfastly forbade drilling on the Arctic National Wildlife Refuge. Anybody with the slightest sensibility and moral courage would fight tooth and nail to prevent despoiling ANWR, which Trump flailed while admitting he’d never heard of ANWR, but he had no compunction whatsoever about removing restrictions for drilling and mining and/or private development, even though he’d never heard of ANWR. Presidential?

Trump’s lack of sensitivity, awareness, consciousness borders on the absurd and exposes a deep level of stupidity or maybe just plain ole ignorance that is seldom, if ever, exposed in the highest echelons of political office.

And, even worse, much-much worse, without giving a second thought, “congressional Trumpers” voted to reverse the long-standing policy of protecting America’s most pristine wilderness. Members of Congress achieved it via attachment to an “unrelated” 2017 tax bill, which is the weasel-out methodology for underhandedly killing policies that Americans are sensitive about. Hands down, ANWR is one of those.

Meanwhile, as for toxic water, EWG’s testing found 44 locations in 31 states; all but one had detectable PFAS in public drinking water with some of the highest levels found in Miami, Philadelphia, New Orleans, northern NJ, and suburbs of NYC.

Not only that, it gets worse, as 34 locations that tested positive for PFAS toxic contamination had not been previously reported to the public by the EPA or by state environmental agencies.

Coincidentally, but not at all surprising since toxic chemicals disrupt, alter, and destroy healthy human cells, the number of Americans (150,000,000) diagnosed with chronic illness in America is off the charts. (Source: Rand Corporation 2017 Study – Chronic Conditions in America: Price and Prevalence)

By all appearances, humanity’s modern-day surge in chronic diseases is due to alteration/destruction of bodily cell structure, which brings to mind somber troublesome questions about life environments.

PFASs are chemical substances that don’t easily break down and persist in the human body, similar to ionizing radiation, where accumulation occurs over the years and leads to a series of chronic conditions in people, for example, cancer and Alzheimer’s.

Studies are just now starting to show links, connecting the dots for the first time, to chemical substances like PFAS to testicular cancer (every male’s biggest nightmare), kidney cancer, and endocrine disruption. Clearly, somebody somewhere should take responsibility for diligently cleaning up America’s water systems with more restrictive rules, not less enforcement.

Good news, bad news: The good news: PFASs have proven so toxic that manufacturers phased them out entirely by 2015, but (bad news) the contamination of water supplies is already a fait accompli, no turning back after decades of toxic exposure.

More bad news: Against the protests of 200 scientists, chemical companies have replaced older PFAS with new chemicals in the PFAS family called GenX, which unfortunately, act a lot like the old PFAS and may be equally dangerous. (Source: Earthjustice)

Industrial release of PFAS is one major source of water contamination. For example, in 2016, researchers discovered “troubling levels of GenX in North Carolina’s Cape Fear River. The source was a PFAS manufacturing plant owned by The Chemours Company, a spin-off of DuPont.” (Earthjustice)

PFASs also accumulate in the human body via food and food packaging, as discovered in a 2017 study when PFASs were found in 1/3rd of all fast food wrappers.

As for America’s Trump-crippled-EPA, more bad news: There are no PFAS listed on the EPA’s important “Toxics Release Inventory,” which is the primary tool for alerting communities across the country to toxic problems.

Not only that, and possibly making matters much worse (other than having Trump as president) on Feb. 14th, 2019 the EPA unveiled a long delayed Nationwide Per- and Polyfluoroalkyl Substances Action Plan. “However, the plan is too little, too late, and falls short of what is needed to protect communities from a class of chemicals that are polluting drinking water and air, while exposing families, particularly children, to a myriad of heath risks, including cancer.” (Earthjustice)

All of which highlights gross incompetence, carelessness and/or heartlessness via governmental regulatory agencies under leadership of the White House.

EPA was first alerted to the toxic drinking water problem 20 years ago but ever since has failed to set an enforceable nationwide legal limit. In 2016 (pre-Trump) the EPA issued a drinking water advisory of 70 ppt, whereas, in sharp controversial contrast, independent studies and labs say the recommended safe level for PFAS in drinking water should be 1 ppt, and certainly, absolutely not 70 ppt!

EWG has already mapped PFAS toxic contamination of drinking water or ground water in 1.400 sites in 49 states. Older EWG studies concluded that 110 million Americans were drinking toxic water, an estimate that is probably way too low based on the more recent findings.

Henceforth, by slashing environmental rules and regulations (ninety-five [95] so far according to the New York Times, as of Dec. 21, 2019) the Trump administration is stimulating/enhancing the likelihood of a veritable outbreak of chronic illnesses, well beyond the current massive numbers; expect multiple (2-3) chronic illnesses per person to mushroom, creating a drug-infested nation full of Mad Hatters.

Postscript: The EPA’s outside scientific advisory board issued a negative draft report (Dec. 2019) stating the Trump water rule proposals were “…in conflict with established science… and the objectives of the Clean Water Act.” The majority of those members of the advisory board are handpicked Trump appointees. Will they be fired?

Post-Postscript: “This will be the biggest loss of clean water protection the country has ever seen,” Southern Environmental Law Center lawyer Blan Holman told The New York Times. “This puts drinking water for millions of Americans at risk of contamination from unregulated pollution. This is not just undoing the Obama rule. This is stripping away protections that were put in place in the ’70s and ’80s that Americans have relied on for their health.” (Source: EcoWatch, Jan. 23, 2020)