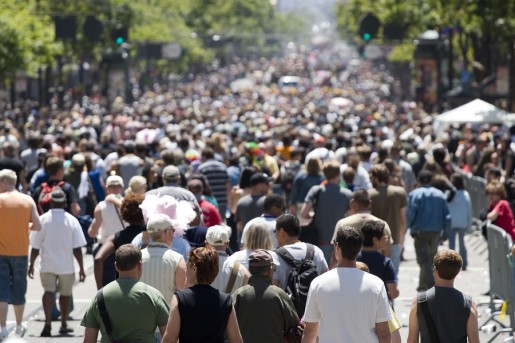 When the rates go up, who really benefits?

Rates increases are always contentious, especially so when it’s a 12.6% increase as proposed by Tauranga City Council (New Zealand), earlier this month. It opens up a can of worms about what the collective gets in return for such an increase and where the decision making power sits.

Most people understand the basics about rates – they pay for things like parks, public toilets and local roads – but in Tauranga, it seems residents will also be paying to manage growth.  This is because Tauranga is one of the fastest growing cities in New Zealand and is experiencing pressure when it comes to housing, roads and water infrastructure, to name a few areas.  It’s no secret that people do experience challenges when faced with these pressures, but will managing growth alleviate them?

Growth doesn’t exist as its own entity.  It’s man-made. It’s not like nature, which if given a fighting chance will keep growing and growing. Just think of the weeds in your garden, that’s what growth looks like.  The economy only grows if we actively feed it. The Covid-19 virus has shown us what happens when we stop.  When I hear terms like ‘manage growth,’ I cringe. It assumes we’re dealing with some unruly beast for which we have no control. We’re not. In many instances around the world, Tauranga included, growth is being actively encouraged, fed and then left to manage.

This is because we’re still playing the twentieth century game of ‘all growth is good’ and we must make room for it, without question.  History has proven time and time again this isn’t a smart move.

In this instance, for a growing city like Tauranga the rates increase will impact every homeowner and renter (because we all contribute to rates), but who will benefit most from it? Growth doesn’t pay for growth, and growth has proven not to improve those pesky issues like poverty, equity and environmental degradation.  The opposite is true, economic growth externalises these things and doesn’t account for the damage. This isn’t new thinking, Prosperity Without Growth by Tim Jackson and The Spirit Level by Kate Pickett Richard Wilkinson were both published in 2009.

Big player commercial and industrial development, sprawl to accommodate unsustainable housing models, encouraging more congestion with bigger roads, these things only loosen the belt that is holding the proverbial pants up.  The problems are still there, all we’re doing is buying ourselves borrowed time and stuffing more in, then congratulating ourselves by increased business confidence and a rise in the GDP, while making no real social or environmental progress.

This pathway ultimately leads to more debt, further rate rises and increased financial burden on those who need it least.  Where does it end?  Under the traditional model of unrestrained but managed growth, it doesn’t end. It can’t, because growth has to be constantly fed. This just simply isn’t sustainable.

Growth as a measure of success or even as a socially orientated goal is flawed and this is common knowledge, as identified by economist Kate Raworth and many more like her.

I’m a rate payer in Tauranga and I’d like to put forward a new concept. I’ll pay the proposed increase, but under a different set of terms.  I’d like to be recognised as a shareholder in the city.  After all, I’m investing in its future.  As a shareholder, I expect dividends, but in this paradigm the dividends are in terms of components essential to ensure wellbeing.  Not just my wellbeing, but everyone’s.

My expectations are for measurable and accountable outcomes for the following: a comprehensive and prioritised climate change mitigation strategy, a clear commitment and plan towards healthy ecosystems and biodiversity, an intentional focus on social equity and prosperity which results in everyone’s needs being met through people-centric housing and transport systems, as well as meaningful employment in sectors which aren’t dependent on fossil fuels.

Environmental quality is linked to social equity and this is what I want to contribute to. These outcomes need to be prioritised, intentional and budgeted for.

This would be a massive leap for many I know. It would mean a shift of focus away from the economy and on to people.  It would ask those who’ve built their lives on the power of money, property and assets – and the individual benefits that brings – to see true value in terms of collective wellbeing. It would require a social shift where we all adopted a different lens to measure success.

We’ve got to stop separating the economy from the natural environment it exists within, as if it’s an entity independent of our making. We all have a role to play in this, as our leaders are in elected positions that don’t carry omniscient power. We all contribute to rates regardless of the tenure we hold and we all have a voice in the way our city is run.  Growth isn’t a thing and it doesn’t have a vote, so let’s put the focus on the things that are real.