There is no such thing as “my body.”  I am a human organism (Homo sapiens), synergistically comprised of organs, tissues, and fluids.  Reciprocally interacting, deviation-reducing processes maintain an essentially balanced “steady-state.” Biologist Walter Cannon, referring figuratively to this “wisdom of the body,” coined the term “homeostasis.”  Thus, when any disruption occurs, the organism makes the necessary corrections: up-to-99% of bodily “ailments” are eventually self-correcting and self-repairing.  The very word “dis-ease” still suggests such overwhelmingly temporary disruptions of the norm (the steady-state).  (The cybernetic metaphor, terribly over-extrapolated these days, is somewhat applicable: deviation-reducing, “negative-feedback.”)

Yet the dominant “medical model” remains, even today, Cartesian: the “mind” (formerly “soul”) engages in cognitive functions of perception and “thought” — all the while encased in a material integument (“the body”).  This body, then, is deemed a “machine”–and like any machine, subject to “dysfunctions” and “breakdowns.”  If the much-maligned auto mechanic — now equipped with computerized “diagnostic” equipment! — sometimes recommended unnecessary repairs, so our “doctors” now use an impressive array of blood-tests, X-rays, and “scans.”  What could be the cause of your symptom?  Difficult to say for sure — since there are now some 13,000 identified “treatable conditions”!  Still, some “irregularity” is often detectable (despite the high-frequency of “false-positives” and “over-diagnosis”!).  (As to the latter, one remains a bit skeptical about “pre-cancerous” lesions and such.)

Why — like other mammals and primates — move about, eat when hungry, walk, dance, lift, climb, carry — all beneficial to organismic well-being and resilence — when one can have a worn-out (or atrophied) “part” simply replaced (knee, kidney, heart–eventually, brain?).  “Spare-parts” are available; no need to be a healthy (i.e, whole) human organism moving and acting in a field of ever-shifting, open-air perceptions, sensations, feelings.

This persisting Cartesian dichotomy has also promoted a kind of grandiose delusion: “hyper-cerebral,” physically alienated techno-wizards offer up a vision of a near-future world wherein the annoying limitations and demands of “the body” may be circumvented. Even 20 years ago, “Singularity” promoter Ray Kurzweil was already proclaiming this forthcoming “Age of Spiritual Machines”!  Faux-”feminist” Donna Haraway offered her preposterous “Cyborg Manifesto”; after all, simply because the human female ovulates and lactates — like other primates — it doesn’t mean that these troublesome “limitations” cannot be transcended (through the “liberating” power of technology, of course!).

What of the elemental joys of kinesthetic awareness?  Proprioceptive sensation?  The primal delights of touching and feeling?  Even the “aches-and-pains” which, however bothersome, remind us that we are alive?  Such technologists, presumably of stunted sensibility and repressed desire, evidently see no experiential loss.  They, instead, envisage a world of limitless power and control: “immortal,” dis-embodied intelligences which, having long ago left earthy pleasures behind, may soon leave the Earth altogether. 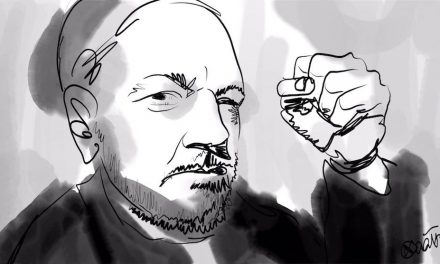