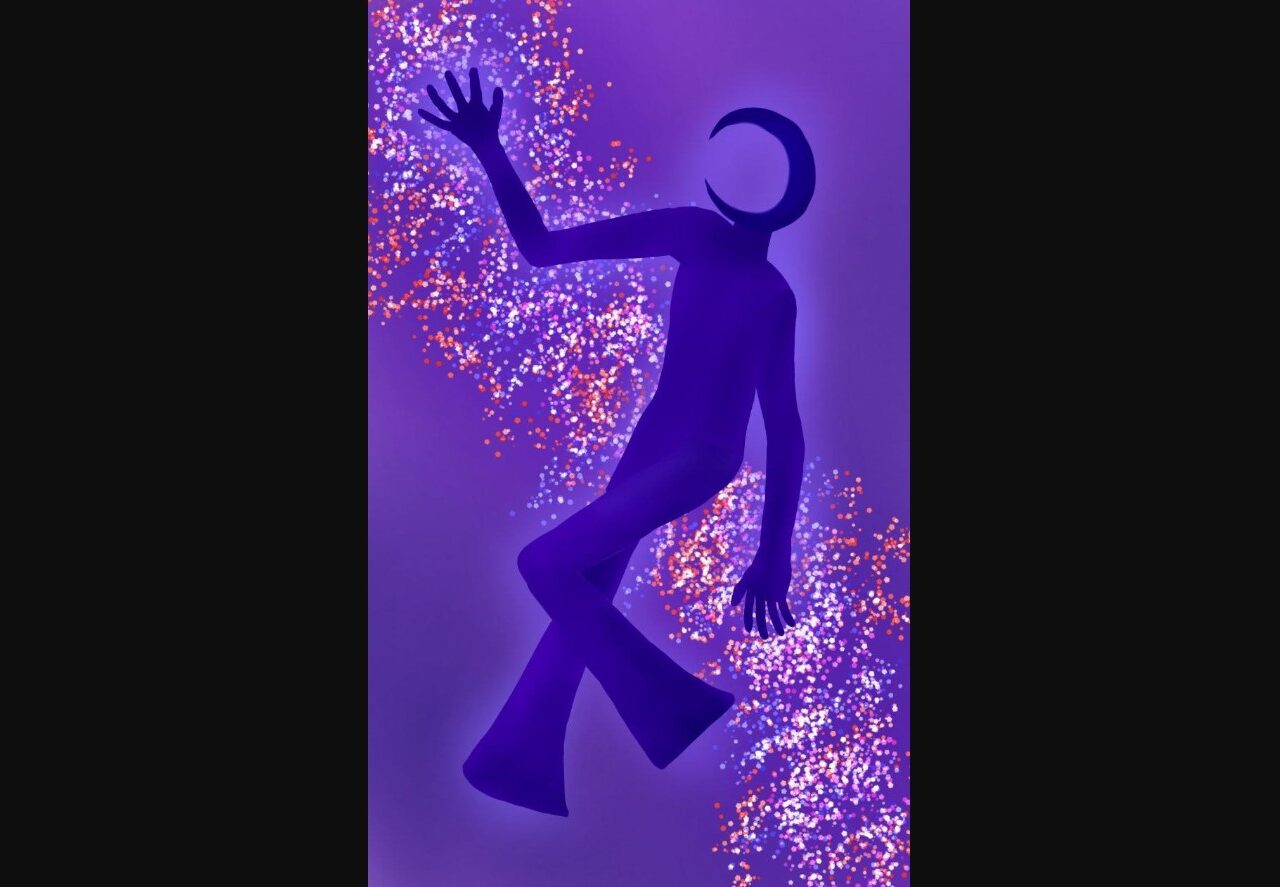 On lies and systemic deceit

The end justifies the means. But what if there never is an end? All we have is means.
— Ursula K. Le Guin

I’m getting a lot of intense critical feedback on my last post, from every direction. I am simultaneously—

(1) Too soft on the obvious medical fascism and totalitarian control agenda, the psychopaths in power, and their foot soldiers and stooges among the compliant public. And

(2) Belittling and excluding those who have chosen the vaccine, taking sides and violating the principle of compassion and inclusivity.

I will continue to hold center. Center does not mean to sit on the fence between the two sides. That fence disappeared a long time ago. Holding center means to describe unflinchingly the abuse, lying, gaslighting, manipulation, creeping technological fascism, harm to public health, and, well, crimes against humanity that are underway today. AND, to steadfastly refuse to divert anger onto hate. To refuse to succumb to the patterning of dehumanization and othering that has made us vulnerable to predatory manipulation in the first place.

I have said it before and I will say it again: anger is a sacred force. It responds to the violation of a boundary. Channeling the anger onto hatred risks neutralizing it, because usually the target of the hatred isn’t the deepest cause of the violation. Sometime it is. Sometimes you win victory over the most proximate and obvious perpetrator, and the problem is solved. That is not the case today. People like Klaus Schwab, Bill Gates, and Anthony Fauci are the opportunistic beneficiaries, the figureheads, even the avatars of an entire world-system and ideology. We can remove them—should remove them—from power, but that alone will solve nothing. Similarly, we can rail against the petty bureaucrats and compliant members of the public, but if we do not seriously ask why they were compliant—a question that hate and blame clouds over—again we will leave the system/ideology in place that will generate more of the same, forever, as we go on hating each other.

So my motivation here is not conflict avoidance. It is not to sweep the crimes under the rug so that everyone can pretend it never happened and get along with each other. My motivation is that I don’t want it to happen again. My motivation is to immunize we the people against future fascistic exploitation, whether around medical issues or something else.

Today I will look at why so many people willingly complied with the medicalized authoritarianism of the past two and a half years. The short answer is: they were lied to. It is all well and good to say, “Everyone has the right to choose what medicines to put into their bodies.” That is a good start, and I appreciate the moderates (pro-vaccine, anti-mandate) who say it. However, the situation is not analogous to ordering from a menu—Caesar salad or coleslaw. The entire Covid public health program was founded on various levels of dishonesty. One cannot make a sovereign choice without knowing what one is actually choosing

Some of the lying was deliberate. But the outright corruption, the fabricated studies, the cover-ups, and the overt censorship are only the visible tip of the iceberg of deceit. They are easy to expose. Much more dangerous is the submerged bulk of the iceberg: the systemic confirmation bias, paradigm protection, publication bias, funding bias, scientific groupthink, political groupthink, tendentious framing of questions, false confidence, and self-delusion.

Thus it becomes difficult to disentangle deliberate lies from systemic deception. It is hard to fathom, that a system can perpetrate profound deceit when only a very few of its functionaries are consciously lying.

Case in point: an Associated Press “fact check” on the claim that the Covid shots have caused a 61,000 spike in age 19-44 excess mortality in the second half of 2021. The article quotes several experts saying that there is no evidence that the shots have anything to do with it. In fact, they say, the excess mortality was likely caused by Covid itself.

It was a simple matter to fact-check the fact-check using the CDC’s own data. I found this chart breaking down Covid deaths by age. The figure for the entire year (not just the second half) is around 25,000 Covid deaths for ages 15-44. And these are deaths involving Covid-19 (wording theirs, emphasis mine), which includes every case where Covid was merely a “contributing cause of death.” I’m not making this up, it says so right on the table. A lot of these people would have died anyway, “with” and not “of” Covid. So realistically, maybe 10,000 of the 61,000 excess deaths can be explained by Covid.

What masquerades as a fact-check is actually a hand-waving exercise to explain away an inconvenient fact. Is it an actual lie? Well, sort of. I don’t think the fact-checker consciously thought, “OK, the claim is true, so let me try to obfuscate that as best I can.” Probably he or she thought something like this: “We all (except for a few crackpots) know that the mRNA vaccines are safe, effective, and necessary. Therefore the excess mortality must be caused by something else.”

A strongly held ideology acts as an interpretive filter. Ideologues uncritically accept and vigorously propagate any data that fits their narrative. They ignore, dismiss, or hold up to intense scrutiny any data that contradicts it. There must be another explanation. Further study is needed. It couldn’t be true. We’d better keep it quiet in case it causes vaccine hesitancy. The cumulative effect of this bias is the system lies to us. Spokespeople and public health authorities, trusting the integrity of the system, voice these lies. Some are doubtless deliberate liars, but even if none of them were, the effect would be much the same. In fact, they are all the more effective as liars when they speak with sincere belief.

When CDC Director Dr. Rochelle Walensky said on March 29, 2021, that “our data shows that people who are vaccinated don’t carry the virus and don’t get sick,” was she lying? Not necessarily. The problem was in “our data,” which was obtained in a way that was blind to any other conclusion. (The study length was too short, the possibility of antibody-dependent enhancement was ignored, as was the possibility that a non-sterilizing vaccine would spur the evolution of resistant variants.)

Joe Biden, Bill Gates, Anthony Fauci, and numerous public health experts said the same thing throughout 2021. It would be nice if they were merely lying. Then we could fix our problems by removing them from power.

It is nowhere so simple. Their false confidence reflects an accumulation of systemic bias toward Covid orthodoxy. It also reflects the hubris of the scientific establishment generally, which has developed sophisticated mechanisms to shut out challenges to reigning paradigms. Thus, the expert establishment narrates a story that has drifted far from the truth.

Maintaining that story (one part of which is Safe & Effective vaccines) does require some actual deliberate liars at key nodes to hold the flotsam together. Liars achieve great success in a deceitful system, which rewards them with money and prestige. But the line is blurry between the scientist who knowingly, cynically, and deliberately prunes a data set to get the “right” results, the scientist who extends a study to a new end point because the initial end point brought negative results, and the scientist who designs a study to minimize the possibility of negative results in the first place.

I still think it is important to expose the outright lying, fraud, and cover-ups. I applaud the many writers here on Substack who do that, such as Jessica Rose, Toby Rogers, Eugyppius, Intellectual Illiterati. Steve Kirsch, Naomi Wolf, Alex Berenson, Bad Cattitude, and Tessa Lena. If they did not point to the visible tip of the iceberg, we might not know an iceberg were there.

Because they believed systemically-generated lies, the authorities may be genuinely surprised when finally, as is happening now, reality invades their narrative pseudo-realities. Those of us who stood outside those pseudo-realities from the start (because we doubted the integrity of the system) are not surprised at the flood of data on excess deaths and falling fertility pouring in from around the world, especially given plausible mechanisms of harm and actual examples of vaccine injury from our circles of acquaintances.

Now our skepticism is spreading fast among the general public. Corporate media outlets are pushing the narrative of new Omicron subvariants as “the most dangerous yet,” a “ninja virus” that evades prior immunity and shows that “the pandemic is not over.” Yet, by and large the public seems far less terrified than it was a year ago. Even many of the people who profess to believe the health authorities do not fully believe them. Nor are the majority of people lining up to get their second booster or to vaccinate their toddlers. It reminds me of the years post-9/11 when the “terror” threat lost its terror and everyone roundly ignored the incessant airport announcements that “the Department of Homeland Security has set the threat level to Orange!”

In some quarters, pandemania continues in earnest. But even the most pious adherents of the Covid narrative seem to be flagging in their devotion—witness the derelict hand sanitizing stations that still decorate public spaces, the forlorn shrines of a dying religion.

It is said that lies cannot be maintained forever, because they eventually collide with reality. Actually, the limiting factor on lying is not reality; it is the willingness of the other party to accept the lies. Repeat that line.

A population dispossessed of its spiritual sovereignty can be made to believe any absurdity. They can accept without protest that night is day, black is white, slavery is freedom, poison is medicine. Even if the current official reality directly contradicts that of a month ago, the contradiction can be erased from the memories of those who look to authority for what to think.

What I mean here by spiritual sovereignty is actually fully material. It is also called “common sense.” It is common, because it is available to all. It comes from strong relationships in the material, natural, sensory, and fleshly domain. These all give us information independent of what an external authority is telling us. They anchor us in a substance more solid than the virtual reality presented us through our screens. Thus they fortify us against deceit. Gaslighting does not work on someone who trusts her perceptions.

Today we especially need to trust the information that comes from outside the virtual world. In ordinary times, looking outside oneself to confirm one’s perceptions is a useful habit. If I see something unusual or disturbing, my first impulse is to turn to my brother and ask, “Hey, did you see that?” We know our perceptions are fallible, so we go naturally to those to whom we’ve entrusted authority to check them. Today this instinct leads us astray, because our authorities have betrayed our trust.

Transhumanism and the Metaverse