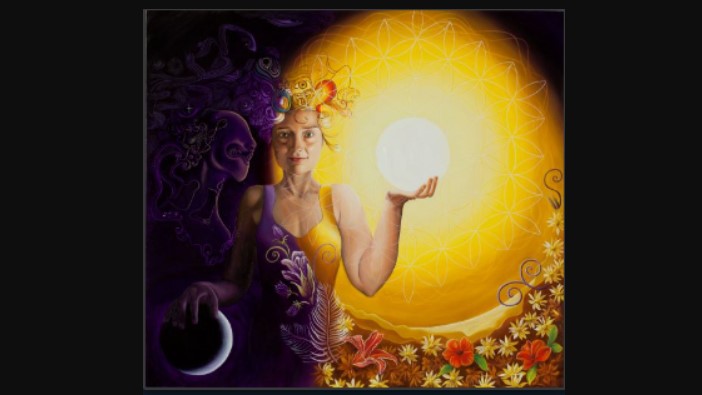 How to become incorrigible

It is very hard for evil to take hold of the unconsenting soul.
– Ursula K. Le Guin

Earlier this year, Bill Gates published a book about how to stop the next pandemic. Basically, he urged that we do the same thing we did this time, only more thoroughly and more broadly. And also, to normalize many of the temporary Covid policies, creating a permanent biosecurity state.

Here I too will offer some principles to prevent the next pandemic. But I am not using the word in the sense Bill Gates does. I refer to the entire sociopolitical phenomenon surrounding the disease itself. In short, I would like to prevent exactly what Bill Gates is proposing.

I have been using the term pandemania to describe the broader sociopolitical aspect of Covid. It includes the hysteria, the persecution of dissent, the censorship, the mandates, the propaganda, the corrupt practices of pharma and its regulators, the radical rearrangement of society, the suspension of civil liberties, and the tendency toward medical fascism. None of the ground conditions for those have substantially changed.

I will skip over certain practical matters such as prosecuting corrupt officials and corporations, reforming regulatory agencies, and so forth. These measures are important, but researchers and journalists are doing a better job of exposing them than I ever could. My part is to look at the ground conditions that make the public so vulnerable to the machinations of power in the first place.

Often I receive the following criticism: “Charles, you are overlooking the real cause of all our problems. A psychopathic Satanic elite controls everything from behind the scenes. Until we expose them and tear them down, we will never be free.”

What I have to say here is equally relevant whether or not this criticism is true. Either way, we have to ask what makes us vulnerable to their abuse? After all, they do not possess superpowers. If they indeed rule us, it is not because they can leap tall buildings in a single bound. They rule through our acquiescence. If they do not rule us, if the source of our oppression is systems and institutions, well, they too rule through our acquiescence. Either way, the question before us is how to become incorrigible.

For that, we have to transcend the following psychic and social conditions that make us vulnerable to control:

1. The fixation on enemies

When something bad happens or the health of the nation (or the planet) deteriorates, people tend to look for someone or something to blame. If a single culprit is available, the solution to the problem is easy. That is one reason why the public was so willing to endure inconvenience and hardship to fight Covid. Unlike the general crisis in public health (due to chronic disease, degraded food, sedentary lifestyles, toxic substances in the environment, addiction, and so on), Covid had (or seemed to have) a single identifiable cause. There was something external to go to war against.

Covid pandemania struck at a time of rising social tension and accelerating breakdown. It served as a proxy for the intractable problems of a society in distress. As such, it provided almost a sense of relief. Yes, it was a threat, but it was a threat we could do something about. A host of unsolvable problems was replaced by a problem that was solvable, or so it seemed, through an intense regimen of control. The unconscious wish was, “If only we can conquer Covid, we will be healthy again.”

Totalitarian states require an outside enemy to unify the people, a “them” to define the fascistic “us.” Invariably, these societies conjure an inner enemy to mirror the outer. The inner enemy comprises the traitors, the heretics, the fifth column, the commie sympathizers, anyone who does not take the war seriously enough. The stage is set for ever more stringent measures of social control, to root out and punish the traitors.

The persecution and censorship of Covid dissidents and the unvaccinated draws on the find-an-enemy mindset, which predisposes the public to go along with authoritarian policies. The fixation on enemies also disposes the public as well as the authorities toward excessive fear of viruses and other germs, while discounting objectively greater threats to well-being that have no single, external cause. As long as this mindset persists, we will always be vulnerable to pandemania.

The above-mentioned conjuring of an internal enemy exploits an ancient social pattern that the philosopner Rene Girard called sacrificial violence. At times of high tension and conflict, societies typically turn against a dehumanized subclass, forging a new unity through the victims’ murder. I wrote about this extensively in 2021 and in my new book, The Coronation.

In their modern expression, the dynamics of mob morality are nearly identical to what Matthias Desmet calls mass formation. It is hazardous to speak out for, associate with, or even to fail to participate in the humiliation of the victim class. Historically, the sacrificial victim was associated with contagion. The heretic, the witch, or the Jew was considered “unclean.” Associate with a witch, and one might oneself be suspected of witchcraft.

Therefore, when a witch hunt gathers momentum, or a pogrom, a lynching, a genocide, or even the ostracism of the weird kid in fourth grade, few people speak out on the victims’ behalf. The silence looks very much like unanimity. Even if only a small minority supports the persecution, it is impossible for anyone to know it if no one speaks out. This happened during Covid when a lot of people who opposed vaccines mandates, were skeptical of vaccine safety, opposed mandatory masking, and so forth dared not speak out. Partly this was because of coercion, partly a well-founded fear of ostracism, and partly because of a deep-seated instinct to sense the mood of the mob and escape its hostile notice by signaling the correct virtues and professing the correct opinions.

In mob dynamics one might distinguish five roles. First there are the instigators, loudly pointing at the victim, egging on the rest of the crowd, and defining who shall be the sacrificial victim. Second are the enthusiastic accomplices, who happily act on the instigators’ accusations. Third, there are the people who just go along with it, assuming that what everyone seems to be doing must be right. Fourth are those who are skeptical, but seeing that no one speaks up think that either they themselves are mistaken, or that it is futile or dangerous to do anything. Fifth are those who do speak up or otherwise oppose the will of the mob. If they are few, they become the next victims, confirming the fears of the fourth group.

This is the social pattern that fascists and despots ride to power. It can be broken only when enough people are brave enough to defy the mob.

A recent expose by two physicians, Marty Makary M.D., M.P.H., and Tracy Beth Høeg M.D., Ph.D,, offers a window into how this phenomenon affected the medical and scientific professions. The scientists who spoke to them of the malfeasance of the agencies that employed them (the FDA and CDC) did so on condition of anonymity. They’d kept silent heretofore. This is the conspiracy of silence that made other potential dissidents and whistleblowers stay silent themselves. I also hear this a lot from friends in the medical profession, who are afraid to say anything because of fear of repercussions. Their silence again creates the impression that everything is fine.

Today, more and more people are finding the courage to speak out. Information on the failure of vaccines, masks, and lockdowns is slowly penetrating mainstream consciousness, and even top medical journals (see here, here, and here for indications and references). That is good, but what is to stop the same mob dynamics, the same mass formation, from recurring? We have to learn to recognize it as it is happening. We have to develop the habit of speaking up. And we have to cultivate communities of mutual support to mitigate the effects of ostracism from the dominant institutions and platforms.

We cannot overcome the habits of mob morality by gathering a new, counternarrative mob that applies all the same mechanisms of dehumanization and exclusion to those who dissent from it. The basic habits to change are those of distancing ourselves from the unclean, dehumanizing our adversaries, purging the ranks of heretics, staying silent in order to belong, signaling virtue to an in-group, dividing the world into the pure and impure, the conscious and the unconscious, the awake and the asleep…

It occurs to me that this is going to end up really long if I give each condition an adequate discussion. So I think I’ll publish this part now. Here is a preview of the other social and psychic conditions I’ll be describing:

The ideology of progress

The cult of quantity

The worship of safety

The paradigm of disease victimhood

There are probably more that will come up as I write 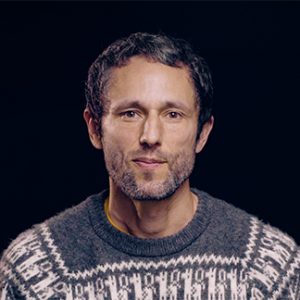 To Confront Climate Change, We Need an Ecological Democracy