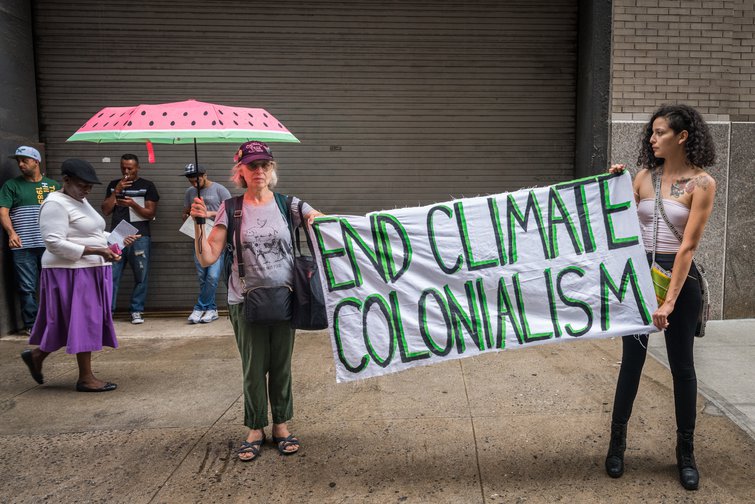 The past year has seen an unprecedented upsurge in both popular and political will for action on climate. This Friday, mass mobilisations will take place around the world to mark the Global Climate Strike. On Monday, the Climate Action Summit, convened by the UN’s General Secretary, will begin in New York City. The UN Secretary General has made ending coal extraction one of the goals of his summit to warm applause by sections of civil society.

But it is no secret that policy and action thus far has been wholly inadequate, emissions continue to rise and no amount of ‘warm words’ changes the reality that the world is heading to a catastrophic warming of anywhere between 3c and 7c. This degree of breakdown in the climate spells displacement and loss of life for hundreds of millions, if not billions, of people, most of whom already suffer the brunt of inequality in the Global South.

However, it is not just big business or politicians who shrink away from this inconvenient truth and the transformation required of an economy that is built on fossil fuels, but more fundamentally on the extraction of resources and exploitation of peoples, disproportionately so in the global South. Big, troubling gaps can also be found in the way that environmental organisations and climate movements in Europe and North America have been approaching the climate crisis.

Firstly, the overwhelming majority of UK NGOs disconnected their policy demands from the rapid transformation necessary to avert catastrophic climate violence: voicing public support for the 1.5c target, while at the same time scaling back their ambition out of fear that the government would be only willing to accept a call for a net-zero goal at 2045.

The second blind spot for many groups working and mobilising around climate, is the deep-seated myth that the climate crisis is a technical issue, one that can be easily quantified and understood wholly in terms of greenhouse gases and the forms of energy generation and transportation that emit them. This narrow understanding, coupled with a blind faith in innovation and technology, has led to the conclusion that a transition to renewable energy on its own will avert the social and ecological crises we face. But simply switching fossil fuel-based technologies for renewables will not change the underlying power dynamics that define the climate crisis.

The threat of greenwashing

Despite the fact that mining is a major contributor to the climate crisis and the cause of displacement and destruction for countless frontline communities – the industry, with the support of International Financial Institutions such as the World Bank, has managed through a feat of public relations gymnastics, to push the message that they play a key role in the transition away from fossil fuels. This comes despite the fact that many of these same companies are heavily invested in fossil fuel extraction, and are among the world’s highest corporate emitters. They claim that the growth in copper mining is being driven by the renewable sector, despite its currently negligible role as a driver of demand.

The mining industry, along with other extractive industries, has been at the heart of a colonial model which continues to bring profits to multinational corporations and the wealthy few, while dispossessing countless communities of their lands, water and livelihoods.

And yet, the mining industry has never been a serious target of climate campaigning or reporting – despite the fact that metal and mineral mining alone are responsible for over a quarter of global emissions. Metal and mineral mining is projected to grow massively in the decades to come, even in the most ambitious models of a transition away from fossil fuels.

There are two major reasons for this:

First, economic growth remains largely unquestioned as an indicator of progress, while inequality is not taken seriously as the real obstacle to achieving social wellbeing.

Second, the transition to renewable energy, as it is envisioned by many in the global North will require lots of metals. This is particularly true for the electric vehicle sector, which is the primary driver of demand for lithium and cobalt – key metals in electric vehicle batteries.

It’s important to emphasise that not all technologies are equal – some will help to meet the demands for energy access and justice, such as solar panels, small wind turbines and stationary batteries for decentralised grids; while others, such as private luxury electric vehicles and the dense batteries they carry, will only serve the wealthy few, while putting pressure on the communities who suffer the impacts of lithium and cobalt mining.

A recent Guardian article by Bill Mckibben makes the case that oil drives conflict and war in ways that solar would not. Solar and oil are by no means comparable, but the geopolitics of energy and the potential for conflict to arise in a world powered by renewables is already on the policy agenda of the EU and the US.

Worries over a shortage of ‘critical metals’ are justifying the expansion of mining in Europe and North America, as fears of trade wars, political instability and excess demand for metals used in renewable energy technologies are already filling the imagination of decision makers in the North.

Moving beyond the extractive model and the climate crisis

The climate crisis is a crisis of inequality rooted in hundreds of years of colonialism. It is the result of multiple, intersecting crises that people in the global South and on the frontlines of injustice have been facing for centuries. These inequalities have both caused the crisis by advancing a model that exploits people and planet, but they also limit the ability of those affected by climate breakdown to respond, to be resilient or to move in the face of climate impacts.

A million people have been left on the brink of starvation in Mozambique, but the culprit wasn’t just the two back-to-back cyclones, it was the legacy of colonialism and neoliberalism that systematically hollowed out the Mozambican economy through the looting of natural resources by big business, the structural adjustment programmes of the IMF forcing privatisation of public services, and the unfair debt burden that left the country unable to respond to the effects of an increasingly unstable climate.

The often cited IPPC report set out a ‘decade zero’ warning to have even a 50/50 chance of not breaching the 1.5c guardrail. They stated that rich countries needed to reach zero emissions by 2030 to allow poorer countries to reach zero by 2050, to prevent a breach of the critical tipping point of 1.5c when the killer floods, droughts and famines already being experienced will multiply in their intensity and frequency. In reality, we have less than a decade to fundamentally transform the economies of the global North to ensure a just and livable future.

It will require imagination and political will, it means listening to and being guided by those on the frontlines of extractive projects and climate impacts. Solutions to these crises won’t come in the shape of a battery – they come in the shape of justice, reparations and equity. Those with the least responsibility for these crises are not only suffering the greatest impacts, but also point the way back out of this trap. 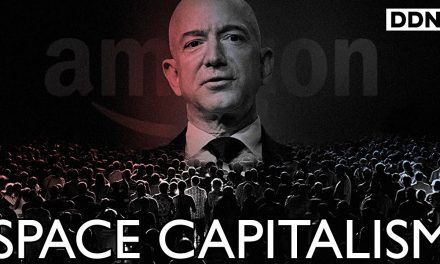