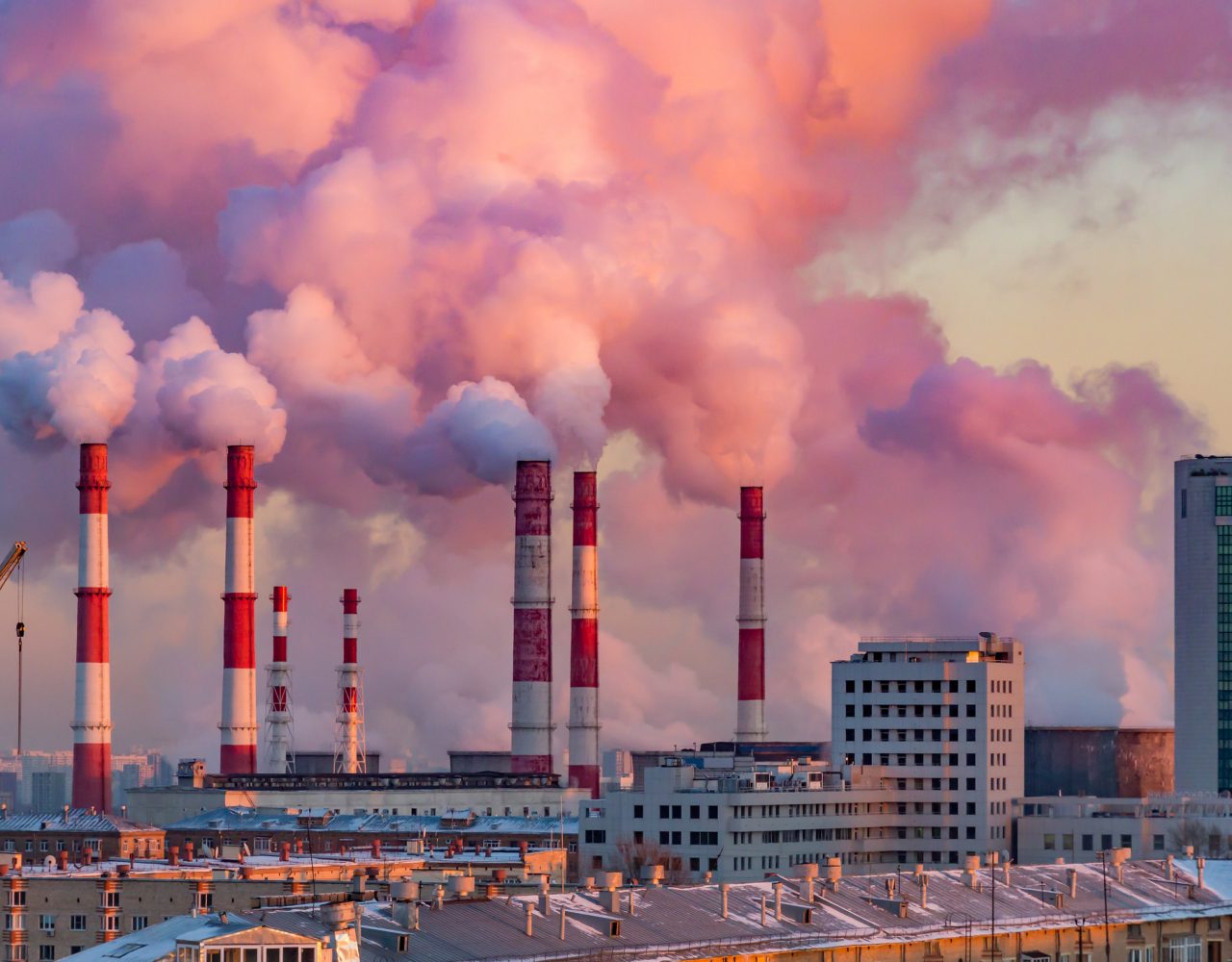 “Net Zero by 2050” is the rallying cry of scientists and policymakers throughout the world. However, that epithet echoes past decades of climate change/global warming mitigation plans, one after another, all failures.

The world’s continuing failure to come to grips with the dilemma led three notable climate scientists, deeply involved at the highest levels, to publicly ridicule past and future attempts to fix climate change in a blockbuster article entitled: “Climate Scientists: Concept of Net Zero is a Dangerous Trap,” The Conversation, April 22, 2021.

That article is a must-read exposé of failed schemes that unintentionally hoodwink the general public, and scientists, and policymakers into believing in the merits of “feel-good proposals to save the planet.” But in reality, the scientists expose these projects as foolhardy, in part, based upon their own personal experience in actually helping to formulate some of the proposals in the first instance.

It is a thought-provoking article that cannot be dismissed, as it essentially implies we’re screwed unless global policymakers face up and react, immediately. They suggest foregoing the conceptual “Net Zero by 2050,” and instead cut to the chase by cutting fossil fuels now!

As a follow up to the stirring article, Dr. Alison Green of ScientistsWarning interviewed the authors, May 8th, 2021: https://www.youtube.com/watch?v=ZBM_HvYF8Ww

The authors, not pulling any punches, take academia and international policymakers to the woodshed for decades of fairytale fixit schemes that always, always, always hold out hope, great promise to save civilization from burning up in a self-afflicted earthly hades, but never deliver, postage required.

The message behind the scathing article is simple, straightforward: Enough is enough, we’re fooling ourselves and getting nowhere fast, stop the madness, get real. Here’s how the authors see it: “Collectively, we three authors of this article must have spent more than 80 years thinking about climate change. Why has it taken us so long to speak out about the obvious dangers of the concept of net zero? In our defence, the premise of net zero is deceptively simple – and we admit that it deceived us,” Ibid.

A “Net Zero” search on Goggle brings up 1,630,000,000 hits within 0.89 seconds, and that’s just for starters. Deferring to the authors: “We have arrived at the painful realisation that the idea of net zero has licensed a recklessly cavalier ‘burn now, pay later’ approach which has seen carbon emissions continue to soar. It has also hastened the destruction of the natural world by increasing deforestation today, and greatly increases the risk of further devastation in the future,” Ibid.

Their article goes on to describe “Steps towards Net Zero,” starting with James Hansen, as administrator of NASA’s Goddard Institute for Space Studies June 1988 testimony to Congress, demonstrating how humans were warming Earth’s climate, famously stating, “The greenhouse (‘GHG’) effect has been detected.” Then, four years later at the 1992 Earth Summit in Rio, all nations pledged to stabilize GHGs and the 1997 Kyoto Summit re-emphasized these goals, but at the time when something very constructive should have, could have been accomplished, the parties failed, subsequently fossil fuels never looked back, zooming ahead in the face of nations of the world agreeing to stabilize GHGs but continuing to fail.

As follows, the next approach was to link economic activity to climate change via “Integrated Assessment Models,” which became, and remain to this day, the principal guidance for climate policy, implicitly implying that “market-based” approaches work, thereby removing any requirement for “deep critical thinking.” This has been, and according to the authors, remains a huge mistake.

Thereafter, a new magic bullet, Bioenergy Carbon Capture and Storage – BECCS, became the new savior technology, burning biomass instead of coal. However, BECCS, which is very much in favor today, carries manifold issues, including the insanity of burning trees that absorb & store CO2 if left alone.

According to the authors: “Alas, BECCS, just like all the previous solutions, was too good to be true,” Ibid.

The following information about BECCS was not included in the relevant article but has been included herewith as BECCS has become the rage, especially in the EU, which generates more energy from burning wood than from wind and solar combined. Biomass is now a $50B global industry.

The title of a recent article tells the story of BECCS: “The ‘Green Energy’ That Might Be Ruining the Planet,” Politico, March 26, 2021. For example: “Solar panels can produce 100 times as much power per acre as biomass,” Ibid. And, here’s another snippet: “In February, more than 500 scientists and economists wrote to President Joe Biden and other leaders to warn that converting wood into power is a carbon disaster, a forest destroyer and an absurdly inefficient way to generate energy….Trees are more valuable alive than dead,” Ibid.

According to LSA – University of Colorado/Boulder: Wood accounts for 79% of biomass production and accounts for 3.2% of energy production. Wood dominates the worldwide biomass industry. Today 50% of EU renewable energy is based upon biomass, and it is on the rise.

For example, in the UK, the Drax Group converted 4 of 6 coal-generating units to biomass, powering 12% of UK electricity for 4 million households. The Drax biomass plant has an enormous appetite for wood, e.g., in less than two hours an entire freight train of wooden pellets goes up in smoke (easily qualifying for Ripley’s Believe It or Not).

According to Drax’s PR department, their operation has slashed CO2 by over 80% since 2012, claiming to be “the largest decarbonization project in Europe.” (Source: Biomass Energy: Green or Dirty? Environment & Energy – Feature Article, Jan. 8, 2020); however, when scientists analyze Drax’s claims, they do not hold up.

When wood pellets burn, Drax assumes the released carbon is “recaptured instantly by new growth.” That is a fairy tale.

According to John Sherman, an expert on Complex Systems Analysis at MIT: The “carbon debt payback time” for forests in the eastern US, where Drax’s wood pellets originate, compared to burning coal, under the best-case scenario, when all harvested land regrows as a forest, the wood pellet “payback time is 44 to 104 years,” which is mindboggling, thus prompts a query: Whoever did the research on biomass? Fire them!

Study after study proves that “burning coal instead of woody biomass” reduces the impact of CO2 atmospheric emissions. Coal is the clear winner, but problematically coal has already been cast into no-man’s land as a horrific polluter. Therefore, a massive complexity is at work as countries commit to using trees to meet carbon neutral status, but the end results are appallingly diametrical to their own stated intentions, and flat-out wrong.

According to scientist Bill Moomaw, co-author of several IPCC reports and widely recognized as one of the world’s leading experts on “carbon sinks”: “If we let some of our forests grow, we could remove an additional 10 to 20 percent of what we emit every year. Instead, we’re paying subsidies to have people cut them down, burning them in place of coal, and counting it as zero carbon.” (Source: Europe’s Renewable Energy Policy is Built on Burning American Trees, Vox, Mar. 4, 2019)

Dr. Moomaw led a group of 800 scientists that petitioned the EU parliament in Jan. 2018 to: “End its support for biomass.” Nevertheless, in June 2018, the EU Commission voted to keep biomass listed as a renewable energy, joined in their position by the support of the U.S. and Britain. Is this conclusive proof that policymakers, at their peril, ignore science? Answer: Yes!

Back to the original article for this story, by 2015, with CO2 emissions still skyrocketing, Paris ’15 brought the world together to limit warming to 2°C, hopefully 1.5°C vs. pre-industrial levels. At the end of negotiations, predictably, worldwide media celebrated an alleged marvelous achievement by the nations of the world to limit global warming, actually implying a halt to global warming, full stop at 2°C. Oh, please!

Yet, the bitter truth about Paris ’15: “But dig a little deeper and you could find another emotion lurking within delegates on December 13. Doubt. We struggle to name any climate scientist who at that time thought the Paris Agreement was feasible. We have since been told by some scientists that the Paris Agreement was ‘of course important for climate justice but unworkable’ and ‘a complete shock, no one thought limiting to 1.5°C was possible’. Rather than being able to limit warming to 1.5°C, a senior academic involved in the IPCC concluded we were heading beyond 3°C by the end of this century,” Ibid.

But, at the conclusion of Paris ’15 policymakers and the world’s media focused on a celebration with bright colored streamers and champagne popping and lots of backslapping, continuing the false narrative that a fixit was orchestrated by the nations of the world by simply keeping temperatures below 2°C and maybe even 1.5°C. It’s that simple.

Furthermore, the three author/scientists discount all of the current proposals on the table like Direct Air Capture, BECCS, and Solar Radiation Management to control and reduce the impact of global warming: “The problems come when it is assumed that these can be deployed at vast scale. This effectively serves as a blank cheque for the continued burning of fossil fuels and the acceleration of habitat destruction,” Ibid.

“Rather than acknowledge the seriousness of our situation, we instead continue to participate in the fantasy of net zero. What will we do when reality bites? The time has come to voice our fears and be honest with wider society. Current net zero policies will not keep warming to within 1.5°C because they were never intended to. They were and still are driven by a need to protect business as usual, not the climate. If we want to keep people safe, then large and sustained cuts to carbon emissions need to happen now. That is the very simple acid test that must be applied to all climate policies. The time for wishful thinking is over.” (Source: Climate Scientists: Concept of Net Zero is a Dangerous Trap written by: James Dyke/University of Exeter, Robert Watson/University of East Anglia, and Wolfgang Knorr/Lund University).

As Trudeau Cracks Down, the Left Drives Protesters Into the Arms of the Right Once Again