A new International Monetary Fund (IMF) study shows that USD$5.2 trillion was spent globally on fossil fuel subsidies in 2017. The equivalent of over 6.5% of global GDP of that year, it also represented a half-trillion dollar increase since 2015 when China ($1.4 trillion), the United States ($649 billion) and Russia ($551 billion) were the largest subsidizers.

Despite nations worldwide committing to a reduction in carbon emissions and implementing renewable energy through the Paris Agreement, the IMF’s findings expose how fossil fuels continue to receive huge amounts of taxpayer funding. The report explains that fossil fuels account for 85% of all global subsidies and that they remain largely attached to domestic policy. Had nations reduced subsidies in a way to create efficient fossil fuel pricing in 2015, the International Monetary Fund believes that it “would have lowered global carbon emissions by 28 percent and fossil fuel air pollution deaths by 46 percent, and increased government revenue by 3.8 percent of GDP.”

The study includes the negative externalities caused by fossil fuels that society has to pay for, not reflected in their actual costs. In addition to direct transfers of government money to fossil fuel companies, this includes the indirect costs of pollution, such as healthcare costs and climate change adaptation. By including these numbers, the true cost of fossil fuel use to society is reflected. 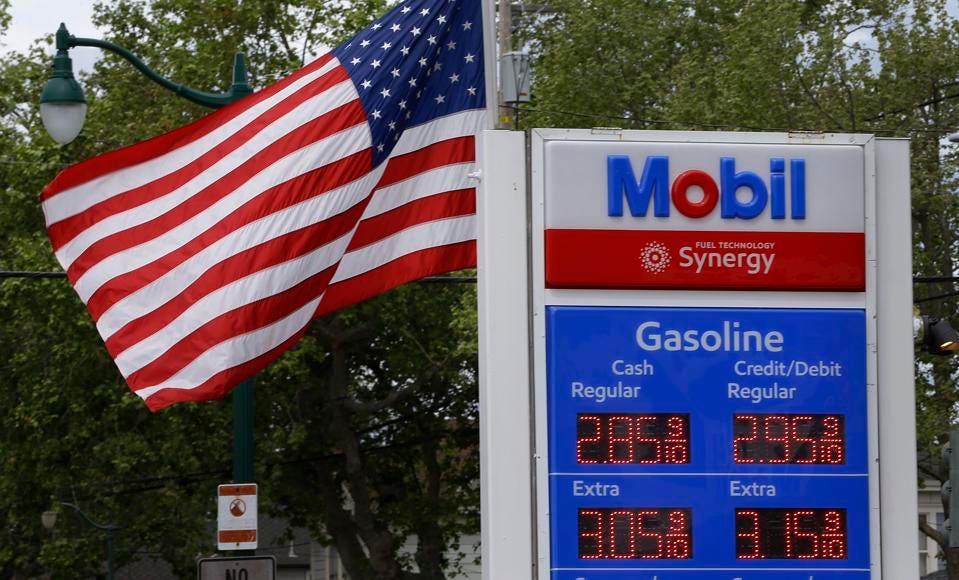 The United States is the world’s second largest subsidizer of fossil fuels, after China. Associated Press

As the prices associated with fossil-fuel power generation continue to increase and become harder for utility companies to justify, the price of renewable energy has also plummeted. Along with the IMF report, the International Renewable Energy Agency (IRENA) released its own study looking into how the renewable energy industry has grown over a similar time period. The cost of onshore wind power generation has dropped 23% since 2010, while solar electricity saw a decrease of 73%.

With renewable energy production becoming cheaper and fossil fuels following the opposite trend, it has left many industry experts asking why subsidies for the latter have increased. The IMF’s study identifies more than just direct subsidies to the fossil fuel industries but also the costs on society, public health and climate change that are caused by the coal, petroleum and natural gas sectors.

A coal barge is positioned as a backdrop behind President Donald Trump as he speaks during a rally at the Rivertowne Marina in Cincinnati. President Donald Trump personally promised to activate emergency legal authorities to keep dirty or economically uncompetitive coal plants from shutting down. Associated Press

Whilst cheaper renewable energy creates more competition in the energy markets, it also decreases the cost-effectiveness of fossil fuel subsidies. Simon Buckle, the head of climate change, biodiversity and water division at the Organization for Economic Co-operation and Development explains: “Subsidies tend to stay in the system and they can become very costly as the cost of new technologies falls. Cost reductions like this were not envisageable even 10 years ago. They have transformed the situation and many renewables are now cost competitive in different locations with coal.”

Buckle’s analysis of the inefficiency of fossil fuel subsidies is illustrated best by the United States’ own expenditure: the $649 billion the US spent on these subsidies in 2015 is more than the country’s defense budget and 10 times the federal spending for education . When read in conjunction with a recent study showing that up to 80% of the United States could in principle be powered by renewables, the amount spent on fossil fuel subsidies seems even more indefensible.

IMF leader Christine Lagarde has noted that the investments made into fossil fuels could be better spent elsewhere, and could have far reaching positive impacts: “There would be more public spending available to build hospitals, to build roads, to build schools and to support education and health for the people. We believe that removing fossil fuel subsidies is the right way to go.”

Although some nations are taking steps to reduce their reliance on fossil fuels and cutting back on investment within those industries, others are not. Domestic policies are largely responsible for the continued support for the fossil fuel industries. Yet, with the continued drop in the costs of renewable energy, private entities are taking over and ensuring that the clean energy transition continues despite the unwavering support the fossil fuel industry receives from both governments and businesses.

Renewable energy is set to overtake fossil fuels as the energy source of the future, with or without the subsidies paid out for coal, petroleum and natural gas. Fossil fuel advocates have long made the case that removing direct and indirect subsidies would be damaging to the global economy – but the IMF clearly disagrees.

We Are Witnessing Imperial Decline in an Age of Planetary Decline