What Would Actually Happen If Everyone Stopped Eating Meat? 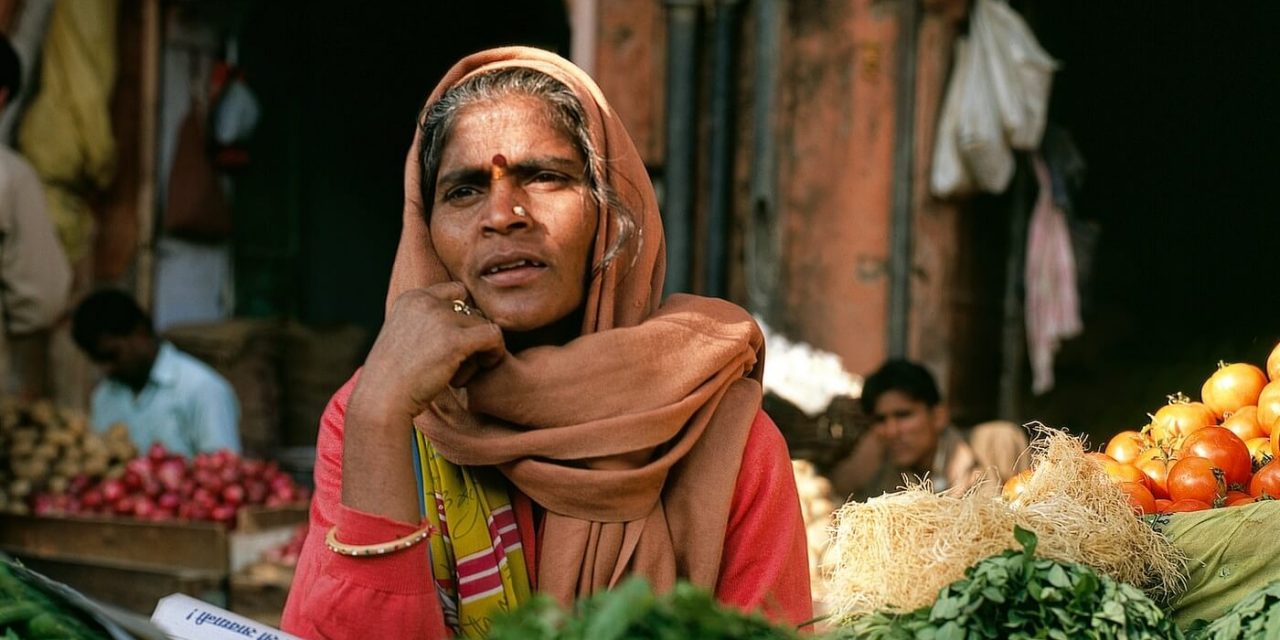 There’s no denying that veganism is becoming more popular. As the number of people ditching animal products grows around the world, the once-niche lifestyle is working itself into the mainstream market. Young people are driving the movement, suggesting these figures will only climb higher as those people have children, passing their plant-based lifestyle onto future generations.

One researcher, Tom Milner, recently revealed that the number of vegans in the UK has doubled every year since 2011. If the movement maintains its momentum, 15 percent of the country will eat only plant-based food by 2030, he said. Milner noted that a demand decline of that severity would make it “very difficult for any animal product based business to survive.”

The movement isn’t exclusive to the UK. Countries around the world — including Iceland, South Africa, Australia, the United States, and Germany — are reporting growing rates of people going vegan. Even farmers are clocking on to the change; a vote at the Oxford Farming Conference found that 40 percent of attendees believe the future is plant-based.

More people are speculating that one day the world will be vegan, sparking the question, what would that world look like, and what would it be like to live in it?

6 Things That Would Happen If Everyone Stopped Eating Meat

Around 200 million land animals are killed for food every day. When counting fish, the number grows to around 3 billion animals daily. If humankind went vegan, animal cruelty would become less common — not just in industries where animals are killed for meat but also within the egg and dairy industries where animals experience overcrowding, inhumane treatment, poor hygiene, disease, and a lack of medical care.

Some people think if everyone went vegan, animals raised for food would run rampant and “take over” the planet. After all, some countries — like Uruguay, New Zealand, Australia, Brazil, and Argentina — have more cattle than people, according to Drovers.

However, these animals are — and here’s the keyword — bred for human consumption. Animals aren’t naturally procreating at such high rates, which is good news for those worried that if everyone went vegan, they’d be challenging a cow for a seat on the bus to work.

It’s highly unlikely that the world would collectively decide to go vegan overnight. A more probable scenario is that demand will change over time, as it has done in recent years. Data released by the Dairy Farmers of America exposed a $1.1 billion loss in revenue for the dairy industry in 2018. Companies would modify their practices and products accordingly and the production of animal-based food would lower gradually as demand does. Animal populations could then drop and return to a healthier figure.

2. More Food To Go Around

Some believe that if everyone ditched meat in favor of plant-based food, we wouldn’t have enough to feed our planet’s ever-growing population. It’s a valid concern given that there are more than 7.5 billion people on the planet. This figure is predicted to climb to 8.6 billion by 2030, 9.8 billion by 2050, and 11.2 billion by 2100, according to the United Nations. It’s an even more valid concern given that one in nine people —  795 million — suffer from chronic undernourishment, according to the Food and Agriculture Organisation of the United Nations.

However, we are already producing more than 1½ times the amount of food needed to feed everyone on the planet. Huge amounts of this go to feeding animals in the food system rather than people in need.

The Independent highlighted that it would take 40 million tons of food to eradicate the most extreme cases of world hunger, but approximately 20 times that amount of grain is fed to factory-farmed animals every year. The majority of the world’s oats, alfalfa, and corn is also fed to farmed animals.

Feeding these foods to animals is inefficient from a caloric perspective; it takes around six pounds of grain to produce one pound of pork. One study found that vegan crops produce 1,900 percent more protein than raising animals for food. “[R]eplacing all animal-based items in the US diet with plant-based alternatives will add enough food to feed, in full, 350 million additional people,” the study read.

3. The Planet Could Thrive

Animal agriculture is the leading cause of a myriad of environmental pressures. It generates more greenhouse gas emissions than the entire transportation sector — every car, bus, train, plane, and rocket ship combined. Plant-based foods create far fewer emissions. Producing half a pound of potatoes is equal to driving a small car 0.17 miles, according to Scientific American. Producing half a pound of beef generates as many emissions as driving that same car 9.8 miles.

If the world went vegan, the planet’s food-related emissions would drop by 70 percent by 2050 according to a report published in 2016.

Animal agriculture requires huge amounts of land. A meat-eater’s diet needs 17 times more land than a vegetarian’s, according to research published by The American Journal of Clinical Nutrition. Dutch scientists predict that if everyone stopped eating meat, 2.7 billion hectares of the land used for cattle grazing would become available, as well as 100 million hectares of land currently used to grow feed-crops for livestock.

The research published in the American Journal of Clinical Nutrition also found that a meat-based diet requires 14 times more water than a meat-free one.

Farming animals for food is also linked to pollution, ocean dead zones, and species loss. The most comprehensive analysis of farming’s impact on the planet found that plant-based food is most effective at fighting climate change. Oxford University researcher Joseph Poore, who led the study, said adopting a vegan diet is “the single biggest way to reduce your impact on planet Earth, not just greenhouse gases, but global acidification, eutrophication, land use, and water use.”

Species loss is an urgent and manmade issue. According to a review published in the journal Science, species extinction rates are up to a thousand times higher than before humans existed. Many scientists refer to the issue as the planet’s sixth mass extinction.

A growing number of researchers agree that farming animals for food is the number one driver of species extinction, namely due to habitat loss caused by clearing land for livestock. The Appetite for Destruction summary report by WWF stated that excessive animal product consumption is to blame for 60 percent of all biodiversity loss, with the production of feed-crops having the harshest impact.

Coyotes, horses, wolves, foxes, bears, beavers, mountain lions, elk, kangaroos, raccoons, koalas, eagles, owls, otters, and bluebirds are some of the animals that suffer at the hands of animal agriculture.

In the sea, marine animals are also at risk due to fishing practices. Billions of animals — including sea turtles, whales, dolphins, seals, and endangered fish — are accidentally caught and killed whilst fishers attempt to catch other species.

PNAS research found that wild animals now make up just 4 percent of life on Earth, whilst livestock accounts for 60 percent. If the world stopped consuming animal products, the planet’s animal populations would have the opportunity to restore balance.

A shift away from animal products and toward vegan food could also benefit public health. Meat, dairy, and eggs have been linked to a legion of health issues whilst plant-based foods have been said to help treat, prevent, or even reverse various conditions.

If people no longer ate inflammatory animal-based foods, cholesterol and blood pressure could lower, acne could become less frequent, people could experience better digestion, and the rate of disease could decrease. The consumption of animal products has been linked to type 2 diabetes, heart disease, Alzheimer’s, and some cancer forms including breast, colon, and rectal.

Doctors believe a vegan diet could help prevent eight out of the 10 leading causes of death. A study published in PNAS looked at the health impact of eating plant-based foods. The research stated that a global shift to veganism could result in 8.1 million fewer deaths a year. “Imbalanced diets, such as diets low in fruits and vegetables, and high in red and processed meat, are responsible for the greatest health burden globally and in most regions,” said study leader Dr Marco Springmann of the Oxford Martin Programme on the Future of Food.

As well as improving individuals’ health, less meat consumption could benefit the economy thanks to lowered rates of disease. The PNAS study led by Dr Springmann concluded that the 8.1 million fewer deaths could help save around $700 to $1,000 billion every year on healthcare, unpaid care, and lost working days.

As well as health-related costs, meat’s effect on the environment could be costing money, too. As aforementioned, food-related emissions would drop by 70 percent by 2050 following a global shift to a vegan diet. The study’s authors from Oxford University said this decline in emissions could result in savings of approximately £440 billion.

On an individual level, people may have more money in their wallets following the jump to a plant-based diet. A report by UK-based banking services provider thinkmoney looked at how Brits budget. It found that ditching meat could save people £645 every year. A separate study, which was commissioned by vegan and vegetarian food brand Linda McCartney, analyzed the spending habits of 2,000 adults living in the UK. The research found that Brits living meat-free collectively saved £2.8 billion in 2018.