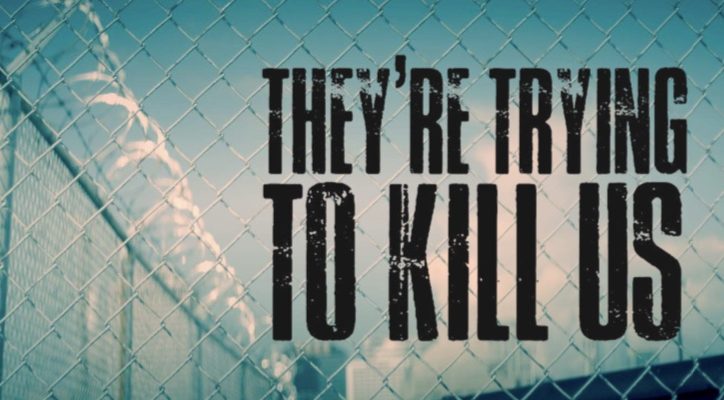 The film, titled They’re Trying To Kill Us, is the follow-up to the smash-hit movie What The Health.

Produced by Keegan Kuhn (Cowspiracy, What The Health) and John Lewis (Badass Vegan, Vegan Smart), the film ‘focuses on food (in)justice told through the lens of Hip Hop and urban culture’.

In a statement sent to Plant Based News, the filmmakers revealed that the film shows co-director John Lewis travel across the States ‘seeking answers to why Americans of Color suffer from disproportionately higher rates of chronic disease than their European American counterparts’ while ‘examining the intersections of food, disease, race, poverty, institutional racism, and government corruption’.

He interviews cultural influencers, doctors, researchers, politicians, attorneys, professional athletes, activists and experts in the field of food justice. In doing so, he ‘begins to unravel a story of collusion that has kept millions of Americans sick, while the industries responsible make trillions of dollars’.

The movie also documents Lewis’ upbringing and experience being adopted at birth from his drug-addicted birth mother, and how he went from growing up as an overweight child in the violent region of Ferguson, to becoming a prominent health and wellness advocate promoting compassion.

According to the filmmakers: “The film utilizes the incredible influential power of hip hop to weave together an impactful story of deceit played out on the American people through an in-depth investigation into those profiting and perpetuating sickness.”

Hip Hop has a greater influence on global culture more than any other art form – with the purchases of millions of people around the world being influenced by what Hip Hop artist say, wear, drive, drink, and eat. Therefore, as more and more influential Hip Hop artists adopt a food-conscious lifestyle, it has the potential to radically shift the world they speak to.

‘Twice as likely to die’

“When John and I discovered that African Americans are two-times more likely to die from diabetes and a host of other chronic diseases, we knew there was a bigger story that wasn’t being told,” said Keegan Kuhn.

John Lewis added: “If you’re not hungry for justice, it’s because you’re full of privilege.”

The film is set to complete filming this Summer, with the release date to be decided.

You can find out more about the film here 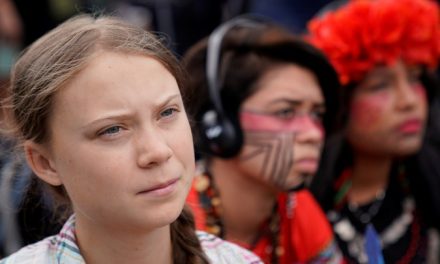 Greta Thunberg Is Right to Panic

The Universe Is Just Trying To See Itself