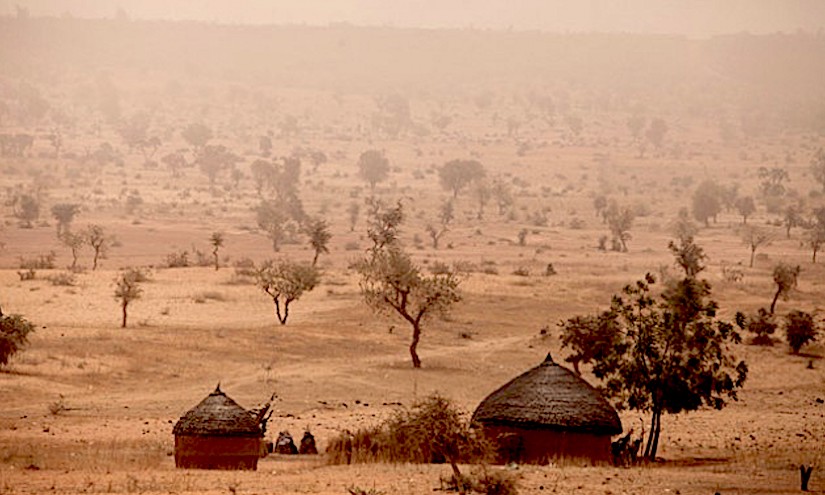 A recent UN Assessment, as of February 26th, 2021, regarding progress or lack thereof by the 195 nations to the Paris 2015 climate agreement is starting to look like a big bust.

As described in the report, nations are not meeting their voluntary commitments to decrease carbon emissions, especially based upon the Paris ‘15 goals to decelerate CO2 emissions of cars, trains, planes, and collectively, the human-generated colossus. (Source: We Are Nowhere Near Keeping Warming below 1.5°C Despite Climate Plans, NewScientist, February 26, 2021).

According to data provided by the 74 nations that have reported to the much-heralded Paris climate accord, collectively, their plans are to reduce emissions by 2030 to only 0.5% below 2010 levels, which is totally inadequate. The Intergovernmental Panel on Climate Change (IPCC) clearly stated that global emissions be reduced by 45%; otherwise, there’s no chance of staying below 1.5°C. (Source: Special Report: Global Warming of 1.5°C, Summary for Policymakers, IPCC, 2018)

Whether by avoidance or ignorance, one-third of the nations to the Paris climate agreement are failing to meet goals. The plans of the remaining two-thirds are unknown at this time, but the trend doesn’t look very promising. Therefore, it’s probably a good idea to plan for a global temperature overshoot beyond +1.5°C (2.7F).

So then, what does +1.5°C above pre-industrial look like?

For starters, according to NASA, it’s important to note that +1.5°C has already been surpassed in many regions of the world, for example Australia (massive fires) and the Arctic (open seas). The impact of climate change is not evenly spread around the planet. Nevertheless, according to the Global Warming Index, as of December 2020, global temperature has increased by 1.168°C over the past 170 years (www.globalwarmingindex.org). But, of course, it’s noteworthy that the rate of emissions has doubled since the turn of the 21st century, as the Great Acceleration, post WWII, kicks into overdrive.

At 1.5°C above pre-industrial, NASA claims that roughly 15% of the world population will experience extreme heat waves that have the potential to threaten life. On the hottest days at mid-latitudes, temperatures will be up to 3°C (5.4°F) hotter. These extremes will hit central and eastern North America, central and southern Europe, the eastern Mediterranean and many Asian and African regions.

Kuwait is an ongoing example of the impact of extreme heat. An analysis of 15,000 deaths in Kuwait from 2010 to 2016, when extreme temperatures exceeded 109F, versus the daily average of 94.5F, found death rates by cardiovascular disease 3.5 times higher for men and 3.8 times higher for working-age people ages 15-64. According to that report: “The warming of our planet is not evenly distributed. Regions that are inherently hot, like Kuwait and the Arabian Peninsula, are witnessing soaring temperatures unlike ever before. We are sounding the alarm….” (Source: American Heart Association, Extreme, High Temperatures May Double or Triple Heart-related Deaths, ScienceDaily, March 30, 2020)

The unevenness of a 1.5°C world simply implies: “The hottest of the hot temperatures will increase throughout the planet as some regions turn dangerously hot,” Ibid.

Overshooting the 1.5°C threshold generates sufficient heat to push some ecosystems to the edge of tipping points, or even beyond. That’s when things get dicey with intermittent shortages of critical resources like food and water, already a huge problem in some regions of the planet. And it’s expected to almost totally wipe out some critical ecosystems, coral reefs for example, especially considering the well publicized excessive bleaching events, three times successively in only five years, clobbering the Great Barrier Reef (GBR) of 1,400 miles, already in an extremely critical condition, as it resides in ocean temps too warm for coral reef survival. As of February 2020, ocean waters surrounding GBR were at the warmest/hottest since record keeping started in 1900.

The failure by countries to achieve results according to Paris ’15 is immoral at best, and at worse, a criminal activity against humanity. Seriously, it’s outlandish that 195 countries commit to hold down global emissions, yet flagrantly fail. The proof of failure is found in atmospheric chemistry: Monthly average CO2 levels measured at Mauna Loa, Hawaii: March 1, 2020 @ 414.25 ppm versus March 1, 2021 @ 417.86 ppm. CO2 levels in the atmosphere increase by the year, every year, without fail. It’s the one event that does not fail. Curiously, the “400 ppm Crossover” occurred April 2012, the first monthly average >400 ppm in human history, and for even more history, count back in time to prior extinctions. There are five.

The rate of CO2 increase is the key determinate as to whether society should be concerned about global warming disrupting life, as we know it. Already, at all-time highs, historically, emissions are too rapid for comfort. The current rate is ~2.0 ppm/yr., whereas it was approximately one-half that rate throughout the 20th century. In academia that’s considered a significant CO2 rate of increase, especially in light of the telling fact that it is not only extraordinary by today’s standards, but it’s also a record-breaker on a millennial time scale. Throughout the Holocene Epoch, CO2 increased by ~0.003 ppm / year or +40 ppm over 12,000 years versus our current rate of ~2.0 ppm / year or +40 ppm in only 20 years. That illustrates the difference between nature’s CO2 influence of +0.003 ppm versus the human influence of +2.00 ppm, or 666 times more powerful than nature.

The Anthropocene Epoch, or the age of human climate disruption, is setting all-time records, by the year!  For example, on a long-term scale, atmospheric CO2 of the past 400,000 years has been as high as 280 ppm and as low as 180 ppm in contrast to >400 ppm over the past eight years.

Meanwhile, as disruption hits floral, biota, and fauna, ecosystems start collapsing or actually do collapse smack-dab in the face of a largely disinterested public, for example, two-thirds (66%) of wild vertebrates dead within only 50 years, which is clear evidence that something is horribly wrong.

The protagonist is most likely a robust cocktail of human impact, like destruction of rainforests, in concert with the consequences of global warming, for example, desertification. In fact, desertification crises have hit 168 countries, prompting a declaration of the UN Decade of Desertification for 2010-20.

Curiously, these disturbing, perplexing events as outlined heretofore are discussed in magazines, newspapers, scholarly articles, and throughout the Internet. So, society knows all about these challenges to life on Earth but nothing much gets done about it.

Unfortunately, there is a long list of international agreements or protocols designed to help the planet that fail, for example: (1) The Aichi Biodiversity Targets intended for 2020 set at the Convention on Biological Diversity in 2010 have not been met, not even close (2) Most of the nature-related United Nations Sustainable Development Goals, SDGs 6, 13–15 are on track for failure (3) The Paris ’15 carbon emission deceleration plans are a basket case. The list could go on.

Clearly, sustainability of the planet stands on its own without help from inhabitants. Still, Earth has demonstrated exceptional recovery skills, surviving five major extinctions, most recently the Cretaceous-Tertiary Extinction Event 65MYA when 75% of plant and animal species went extinct. Hmm, the current wild vertebrate 66% extinction rate is closing in on that 75% rate, proving that the planet is already “in the thick of it.”

What will stop it from getting a whole lot worse?