Across the globe, marine habitats are in a state of dramatic decline. According to a recent study by the Wildlife Conservation Society, only 13 percent of the planet’s oceans are untouched by human activity. The only unaffected portions are in remote protected parts of the Pacific Ocean and around the poles; even there, apparently, the tide is turning, making the waters unsafe for marine life.

The research follows another study earlier this year that revealed marine “dead zones”—areas with little or no oxygen supporting microbial processes that also remove nitrogen from the ocean—have quadrupled since the 1950s, and industrial fishing areas now cover half of the world’s oceans. Marine ecologists are astonished by just how little marine wilderness remains. Human activity, they grimly observe, has managed to negatively affect almost the entire global ocean ecosystem.

Humanity’s growing footprint in the world’s oceans is primarily a product of increased fishing activity. According to recent estimates, roughly 90 percent of the world’s fish stocks are now fully fished, overfished, or depleted, with nearly one-third of all marine stocks exploited beyond biologically sustainable levels. More worrying is the fishing industry’s growing inefficiency, which has resulted in a dramatic decline in fish stocks across the Indian littoral. Not only are marine resources being depleted, the fishing industry is failing spectacularly at curbing illegal fishing. Climate change has only made matters worse, altering water temperature and biogeochemistry, displacing fish stocks from their natural habitats. Experts say dramatic changes in climate patterns have so badly hit marine ecosystems that the global fishing economy is on the “verge of collapse”.

One remedy for shrinking habitats is the establishment of protected spaces. The United Nations believes that setting aside sanctuaries in the oceans will help improve the state of fish stocks and the health of marine habitats in general. Yet research indicates only 5 percent of the ocean’s remaining “wilderness” lies within marine protection areas. More importantly, while governments recognize sea life preservation as a universal developmental goal, few have drawn a clear link between resource management and sustainable habitats. Despite being a Global Goal (SDG 14 calls for the sustainable use of marine resources) little in substantive terms has been accomplished.

In South Asia, the most significant damage to natural habitats has been in the Bay of Bengal, where licensed fishing activity (both mechanized trawlers and non-motorized boats) has led to a sharp decline in fish-stocks. This includes popular fish species such as the Hilsa, West Bengal’s favorite seafood. To make matters worse, devastating practices like bottom trawling and the use of seine nets in shallow spaces like the Palk Bay are further depleting marine wealth. Not surprising, there is now an expanding dead zone spanning an estimated 60,000 square kilometers in the middle of the bay.

Meanwhile, littoral Asia is drowning in a sea of synthetic trash. India’s coastal regions are witnessing their most rapid expansion of plastic pollution in recent years. Mumbai’s Marine Drive was recently covered in tons of washed-up waste after high tide, weeks after a statewide ban on plastics went into effect. Studies show that of the $13 billion in annual estimated damage to the marine ecosystem, a significant portion comes from Asia’s seas, including in the Bay of Bengal.

Unfortunately, Bay states do not appear to be doing much to arrest this slide in marine health. Notwithstanding nascent efforts to partner with international organizations such as the Global Environment Facility, the Asian Development Bank, and the Food and Agriculture Organization, regional capitals haven’t yet come around to effectively addressing the main impediments to marine governance in the near seas: unsustainable fishing, pollution and destruction of habitat, and vulnerability of coastal communities to a changing climate.

For India, a complicating factor has been its inability to rein in the fisheries subsidies program, with the government continuing to support small fishermen via sops such as fuel, motorization of boats, and provision of gear. At a World Trade Organization Ministerial meeting in Buenos Aires in December 2017, Indian officials insisted on continuing with a national program for fisheries subsidies, unless members agreed to special and differential treatment for developing states. That the subsidies program has led to overcapacity and overfishing in India’s seas, resulting in a significant rise in illegal fishing, seemed beyond the pale for discussion.

Ironically, the centerpiece of New Delhi’s marine developmental initiative is a $1.1 billion sea exploration proposal focused mainly on ocean energy and seabed mineral resources. The prospectof mining seabed resources has been the focus of official attention. Few have any idea what to do about marine life conservation.

This also highlights India’s larger failure to kick-start the “Blue Economy”. While New Delhi has made grand promises, many in government believe the term conceptually leans towards ocean-dependent economic development. The broader need for inclusive social development, environmental balance and ecological security is subservient to the driving imperative of financial expansion and industrial growth.

But “Blue” growth is unlikely to deliver results unless it can improve the lives of coastal communities. For this, the political leadership needs to impose limitations on technology-based economic development, pushing the industry to meet its social obligations for the protection and conservation of coastal and marine ecosystems. The challenge is to get industry interested in a social model of blue growth that does not focus exclusively on pecuniary gains.

In a broader sense, however, South Asian states will need to come to terms with the fact that the seas’ ability to absorb anthropogenic activities is at an end. 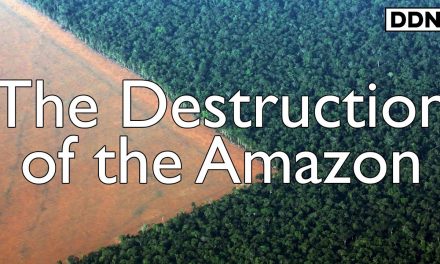