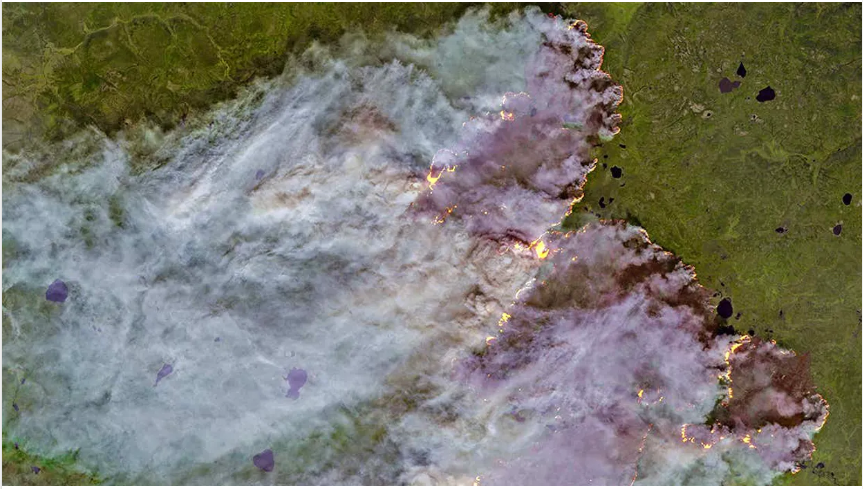 So many wildfires are burning in the Arctic, they’re visible from space, new images from NASA’s Earth Observatory show. The satellite images reveal huge plumes of smoke wafting across uninhabited lands in Siberia, Greenland and Alaska, as CNN reported.

Summer fires are common in the Arctic, but not at this scale.

Copernicus’ scientists have been tracking more than 100 wildfires raging above the Arctic Circle since the start of June, which was the hottest June on record. July is on pace to break records too as Europe bakes under another heat wave this week.

“The magnitude is unprecedented in the 16-year satellite record,” said Thomas Smith, an assistant professor in environmental geography at the London School of Economics, to USA Today. “The fires appear to be further north than usual, and some appear to have ignited peat soils.”

Peat fires burn deeper in the ground and can last for weeks or even months instead of a few hours or days like most forest fires, according to the UPI.

The researchers at Copernicus track how much greenhouse gas the wildfires emit into the atmosphere as well. So far, the Arctic’s fires have released approximately 100 megatons, 100 million metric tons, of CO2 between June 1 and July 21, which Parrington said on Twitter “is getting close to 2017 fossil fuel CO2 emissions of Belgium” for the entire year, as USA Today reported.

Smith added another comparison to the amount of carbon released in the past two months.

“These are some of the biggest fires on the planet, with a few appearing to be larger than 100,000 hectares (380 square miles),” he told USA Today. “The amount of CO2 (carbon dioxide) emitted from Arctic Circle fires in June 2019 is larger than all of the CO2 released from Arctic Circle fires in the same month from 2010 through to 2018 put together.”

That number is likely to jump as the fires burn through the peat, which acts as a carbon reservoir.

Parrington said that the Arctic is seeing temperatures rise twice as fast as the global average.

“What this means is that, following ignition, the environmental conditions have been ideal for the fires to grow and continue,” he told USA Today.

The fires were likely ignited by lightning strikes and are now enormous. The largest fires are located in Siberia, in the regions of Irkutsk, Krasnoyarsk and Buryatia, according to the Earth Observatory, as Live Science reported. They have conflagrations have burned 320 square miles, 150 square miles, and 41 square miles, respectively.

Atmospheric scientist Santiago Gasso said on Twitter the Siberian fires have “now created a smoke lid extending over 4 and half million (square km) over central northern Asia. This is staggering.”

Krasnoyarsk, the Russian city near the second largest fire, is blanketed in haze, according to the Earth Observatory. Siberia’s largest city, Novosibirsk, doesn’t have any fires as now, but smoke carried there by the winds caused the city’s air quality to drop, as Live Science reported. Right now, the city’s Air Quality Index is hazardous.

Since the fires in the Siberian arctic are raging in uninhabited areas, firefighters are not able to access them. Only rain will put them out.

Firefighters are working to put out the fires in Alaska since they are farther south, according to USA Today. 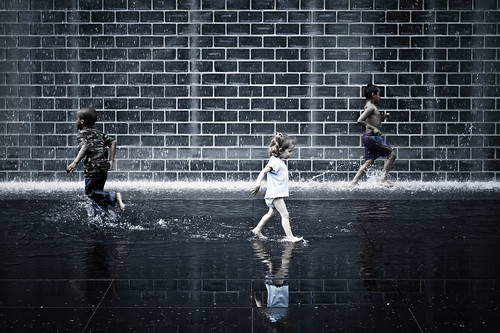