FacingFuture.TV recently hosted a preview of the upcoming IPCC 2021 UN climate report, which report guides the gathering of dignitaries from around the world meeting in Glasgow this November to discuss, analyze, and decide how to deal with global warming/climate change. View the interview above.

According to the Code Red interview, the IPCC is taking off its ultra-conservative facemask of prior years to reveal a surly cantankerous grim sneer on a darkened background. In short, climate change is much worse than the IPCC has previously been willing to admit.

The following snippets from that interview underscore a level of frustration and a sense of urgency as a clarion call for anybody and everybody to demand an immediate halt to fossil fuels.

What’s new with the IPCC?

For starters, according to Dr. Carter, the new report is a “definitive report.” Its conclusions are definite. In other words, the IPCC is taking the issue much more seriously than ever before. This is the first report to state that global climate change is “unequivocally caused by human activities.”

Moreover, previous IPCC reports inadvertently gave the impression that society has plenty of time until 2050 to make the necessary changes, which has unintentionally served to bolster the interests of the fossil fuel industry and extend forecasts for future production by the International Energy Agency

In strong opposition, this new report forcefully and effectively states that unless there are immediate rapid and large-scale reductions in greenhouse gas emissions that limit warming to close to 1.5° C or even 2° C, the problem will extend “beyond reach” and beyond any chance for some level of control. The three key words are: 1) immediate (2) rapid (3) large-scale.

The three participants discussed climate mega events that, by any and all standards, should be turning heads amongst the general public and certainly amongst policymakers as mega events openly display powerful destructiveness of a crazed climate system that’s been thrown off kilter by human activity.

Mega events are world-changing events that literally alter the dynamics of the climate system from friendly and supportive of life to difficult and horribly challenging for life. Alas, the worse has already started, for example, carbon sinks are starting to fail, meaning, nature is starting to emit greenhouse gases in competition with cars, planes, trains, and factories. What could possibly be more troubling?

According to Dr. Carter, one mega event that sends a clear message of unbridled double-trouble dead ahead: “We’ve lost the Amazon Rainforest. It’s a very hard thing to say… The Amazon has tipped. It is no longer a carbon sink buffering and soaking up some of our CO2 emissions. It has now started to emit CO2 emissions, and that is very, very clear from the satellite images… The Amazon is pouring out CO2.”

Equally troubling, “The other mega event is the Arctic has also switched… first recognized by the NOAA in 2016, and in 2019 published via a report that the Arctic has definitely tipped and is now a source of greenhouse gas emissions.”

Additionally, “Permafrost is emitting all three of the main greenhouse gases. It’s emitting methane, much more carbon dioxide than anybody anticipated, just discovered by research five years ago, but it’s also emitting the third and extremely powerful greenhouse gas, which is nitrous oxide … an absolute definite mega event.”

1,000 miles of permafrost emitting greenhouse gases could easily be a stopping point for this quickie review of the interviews, especially as Biblical scale fires have raged in Siberia for all to see on TV. The Barents Observer recently reported more than 40% of Northern Russian buildings starting to collapse, including risks to hydro dams and a nuclear power plant. How much worse does it have to get to spell out the message that the planet is experiencing severe extreme levels of duress?

Yet, there is more.

Craters formed by methane bombs are erupting as permafrost melts, when methane vaporizes underneath causing enormous explosions leaving craters 100 feet across and 100 feet deep. Seventeen of these methane bomb explosions have been recorded in only one region of Siberia, indicating that methane under the permafrost tundra is reaching a critical stage and exploding.

Ipso facto, the planet is dispelling/forcing gas so powerfully that craters form, as if asteroids hit, like the surface of the moon.

Indeed, the entire planet is bordering on a scale of trouble never experienced by humankind as major carbon sinks start to fail, one after another. There are no backups, and once carbon sinks completely fail, climate change will be wide open for rapid-fire expansion, but when? Answer: Nobody knows for sure but the early signals are not good.

According to the interview, the IPCC in the past has inferred that the carbon sinks that keep the planet in balance will be just fine. And scientific assessments of the carbon sinks, until only recently, said the carbon sinks would be fine. But no, all of that has changed in the new IPCC “Working Group I Report” major carbon sinks are going to fail, land first and then the ocean is going to fail. For innocent bystanders, that information is almost impossible to process, as believable.

This review of the FacingFuture.TV interview could easily stop right here, even though there is much more, but in point of fact, the big dance is over if the planet’s major carbon sinks fail. Thereafter, there’s not much to discuss.

For whatever reasons, which are likely obvious and right under our collective noses, with dispatch, the IPCC has taken off the gloves and decided it’s time to fight. Hopefully, policymakers wake up to the fact that time for dilly-dallying is up.

Stop talking, do something momentously big.

Still, here’s more crucial data from that interview: “There’s been a big shocking recent paper from NASA and NOAA on energy, in which they’ve done something pretty brilliant. They’ve combined, and reviewed, the satellite data on land energy and they’ve used the NOAA buoys (Argo floats) which are distributed all around the world’s oceans, and they’ve checked energy from the heat point of view, which is very reliable… what they found was that the energy imbalances doubled in just the past 14 years.”

If the energy imbalance for the planet doubled in only 14 years, which nature by itself should take centuries (100s) or more likely thousands (1000s) of years and not a measly 14 years, then, it’s almost impossible to know what else to say about the dire stage of climate change humanity is about to face.

The wake up call implied in the FacingFuture.TV interview is overwhelming and way beyond further attempts to try to explain more of the details in this lonely article.

Bottom line, it’s no surprise that the IPCC has finally decided to come out of its protective conservative shell because the data is one shocking event after another after another, almost impossible to describe without, by default, coming across as excessively pessimistic and fatalistic and difficult to read as well as almost impossible to accept. Therein lies the problem of conveying the message. 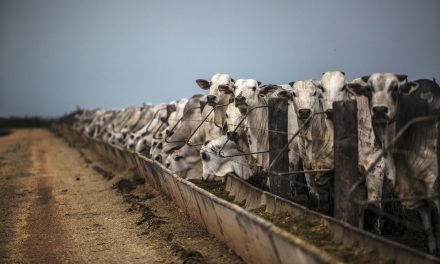