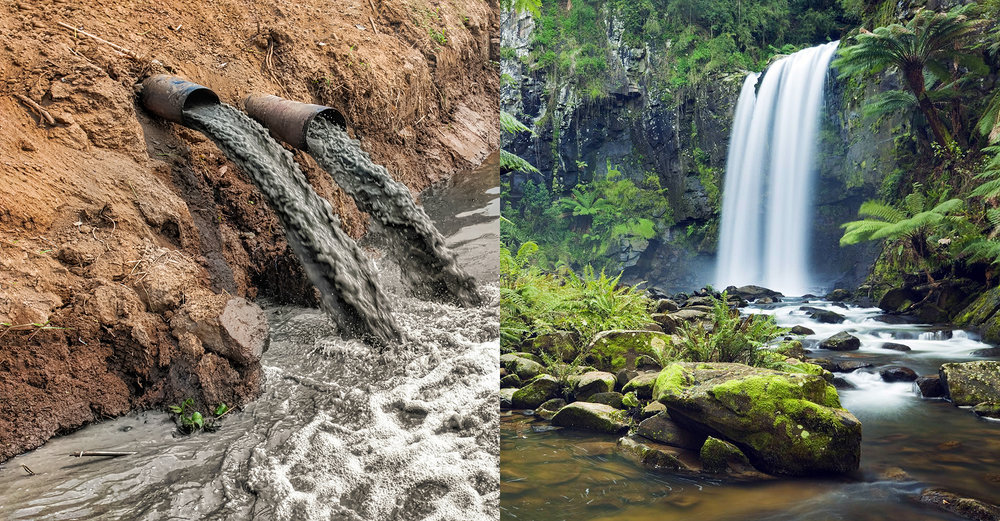 Ecocide is the destruction of large areas of the natural environment as a consequence of human activity.

That destruction of “large areas” has grown so conspicuously large, so threatening to all species, including human existence, that a group of international legal experts is working to submit a draft of a new law “Ecocide” to the International Criminal Court (“ICC”) at The Hague.

Stop Ecocide is the group supporting this initiative. The Stop Ecocide website mission statement says: “Protecting the future of life on Earth means stopping the mass damage and destruction of ecosystems taking place globally. We call this serious harm to nature ‘ecocide’. And right now, in most of the world, it is legally permitted. It’s time to change the rules. We’re working to make it an international crime at the International Criminal Court.”

It’s no small undertaking. The European Parliament supports the effort, the Canadian government is closely following it, President Macron of France champions it, and Belgium has already raised the issue at the ICC in its official 2020 statement. Meanwhile, a drafting panel of powerful legal minds plans to complete its work for submission to the ICC in June 2021.

There’s something horribly disturbing about this effort to label Ecocide alongside (1) Genocide (2) Crimes Against Humanity (3) War Crimes and (4) Crimes of Aggression, all four within the auspices of the International Criminal Court. More on that later, but first the genesis of ICC goes back to recognition of the necessity of such a court via UN Resolution #260 in December 1948, in response to the fascists of the prior decade. Thereafter, the UN adopted the Rome Statute, providing for the ICC on July 17, 1998. That statute at The Hague, Netherlands is enforced as of December 2015.

The ICC, after way too many years of consideration and procedural moves, is now officially recognized by approximately 123 states; however, that recognition is a moving target, as today’s brand of fascism doesn’t necessarily buy into it. Some signatories have withdrawn, like the Philippines (2019) and some countries have signed but not ratified the Rome Statute and four signatory states have informed the UN Secretary General that they no longer want to play ball. These are Israel, Sudan, the U.S. and Russia. Prompting the query: What’s the common interest in degrading the effectiveness of the ICC? Answer: The distinct likelihood of being nailed as a defendant.

The Philippines under President Rodrigo Duterte withdrew as soon as the ICC opened preliminary investigations into its drug war. The Trump administration (fascism-lite), assuming it can be called an administration, which is likely a misnomer, went so far as to threaten prosecutions and financial sanctions on ICC judges and staff as well as imposing visa bans in response to any American charged, especially regarding crimes against humanity in Afghanistan. Of course, the U.S. did not ratify the Rome Statute in the first instance, and under Trump it went even further down the rabbit hole, openly challenging “the honesty, the integrity, the truthfulness” of the ICC in addition to various harsh (juvenile) threats to the international organization. The world community was not blind-sided by that rogue behavior, not in the least. They expected it. (Footnote: As of Jan. 26th the Biden administration is “thoroughly reviewing” U.S. sanctions imposed on ICC officials.)

Still, in all, the most disturbing aspect of the Ecocide movement is the simple fact that it is necessary. The initiative speaks volumes about the broken-down status of various ecosystems, which are starting to crumble, as some are starting to disintegrate right before humanity’s eyes, especially in the far north. In fact, the brutal truth is the Ecocide movement may be too late. After all, the planet’s already wobbly.

The earmarks of a lost planet in its final throes of life support are abundant, for example, complex life forms such as wild mammals, birds, reptiles, and amphibians nowadays only constitute 5% of the planet’s total biomass with the remaining 95% livestock and humans. As such, cows, chickens, pigs, and humans huddle together in a vast free-for-all, chasing nature’s leftovers.

Two-thirds (67%) of all wild vertebrate species are gone in only 50 years. Poof!  That’s only 3-points off the Permian-Triassic extinction event of 252MYA when 70% of terrestrial vertebrate species (and 95% of marine species) went extinct in the planet’s worst-ever extinction, aka: The Great Dying. Clearly, today’s Anthropocene Era is already “in the thick of it.” What of the next 50 years?

And, global wetlands have been hammered, badly destroyed, plowed under to only 13% of 300 years ago, as some insect populations have been decimated by up to 80%, just ask Krefeld Entomological Society (est. 1905) Germany about insect abundance plummeting in 63 nature preserves, where the environment is protected.

Along the way, human population grows like a weed whilst spraying or implanting toxic insecticides onto everything in sight. In fact, not much remains that hasn’t been directly or indirectly lathered in toxins, including humans and domestic animals based upon, mostly untested, chemicals; in fact, 80,000 in the U.S. alone. Meantime, one-half of the U.S. population suffers from a chronic disease (Rand study, 2017): (1) arthritis (2) asthma (3) cancer (4) ALS (5) cystic fibrosis (6) Alzheimer’s (7) other dementias (8) osteoporosis (9) heart disease and (10) diabetes, any one of which could have been environmentally induced.

Toxins tyrannize the planet, found everywhere, from the top of Mount Everest, 29,032 feet, where climbers discovered arsenic and cadmium in the snow exceeding EPA guidelines, to the bottom of the Mariana Trench -36,069 feet below, where undersea explorers discovered crustaceans with toxin levels 50 times greater than crustaceans that live within China’s most heavily polluted rivers, and that takes some doing!

All of which brings to mind a proper description for a planet that’s deadening, on its last leg, with natural resources of kelp forests (-40%), coral reefs (-50%), and all plant life (-40%) widely decimated, including 103,000 wildfires in the Brazilian rainforest alone in only one year (2020) almost entirely (90%) of human origin?

This is deadly serious stuff that gets posted in articles like this, read by a designated number of people (thx), but regrettably, not much gets done about it, as the horrors continue to worsen by the year. We’re gonna run out of years!

For significantly deeper concern, look to wetlands, disappearing three times faster than forests, which are at the heart of the biosphere, the wetlands are colloquially known as the “kidneys of the world”: (a) cleanse water, (b) mitigate flooding (Midwest and Houston), (c) recharge aquifers (Middle East dilemma) and (d) support habitat for biodiversity, only 13% remains after a 300-year span. Ergo: “We are in a crisis!” (Martha Rojas Urrego, head of Ramsar Convention on Wetlands)

How does the planet continue supporting life with only 13% of original wetlands whilst world human population grows by 200,000 newborns per day? Nobody has an answer for that all-important aspect of survival. Do the math! Then, must it be reduced to Darwin’s survival of the fittest? Maybe, but the big truth/lie is: Nobody knows what to do other than pretend that growth to infinity, the hallmark of capitalism, is just fine and dandy. Is it? Really, is it?

All of which helps explain why some really smart people are drafting a new law for the ICC to stop ecocide. Honestly though, it’s already so obvious that it prompts an important question, which is: How could concerned parties not be incited to draft a law to prevent what’s already happened? Hmm! Nevertheless, will it be soon enough to make a difference? For certain, it’ll require a helluva lot more than drafting a new law!

Postscript: There is a real danger of losing our tenure on the planet altogether… Earth is in dire trouble. (James Lovelock, The Vanishing Face of Gaia: A Final Warning, Publ. Allen Lane/Basic Books, 2009)

Additionally:  You cannot plant an ecosystem. An ecosystem includes: Bacteria or haematids, insects, invertebrates and all kinds of stuff, all the way up to big trees. You cannot plant ecosystems… it has to come naturally. (Lovelock, at 101-years, walks 3-5 miles daily and has planted over 2,000 trees, motto: “Keep walking – that’s the secret to longevity. And keep interested.”

We Finally Know When Humans Started Changing the Climate