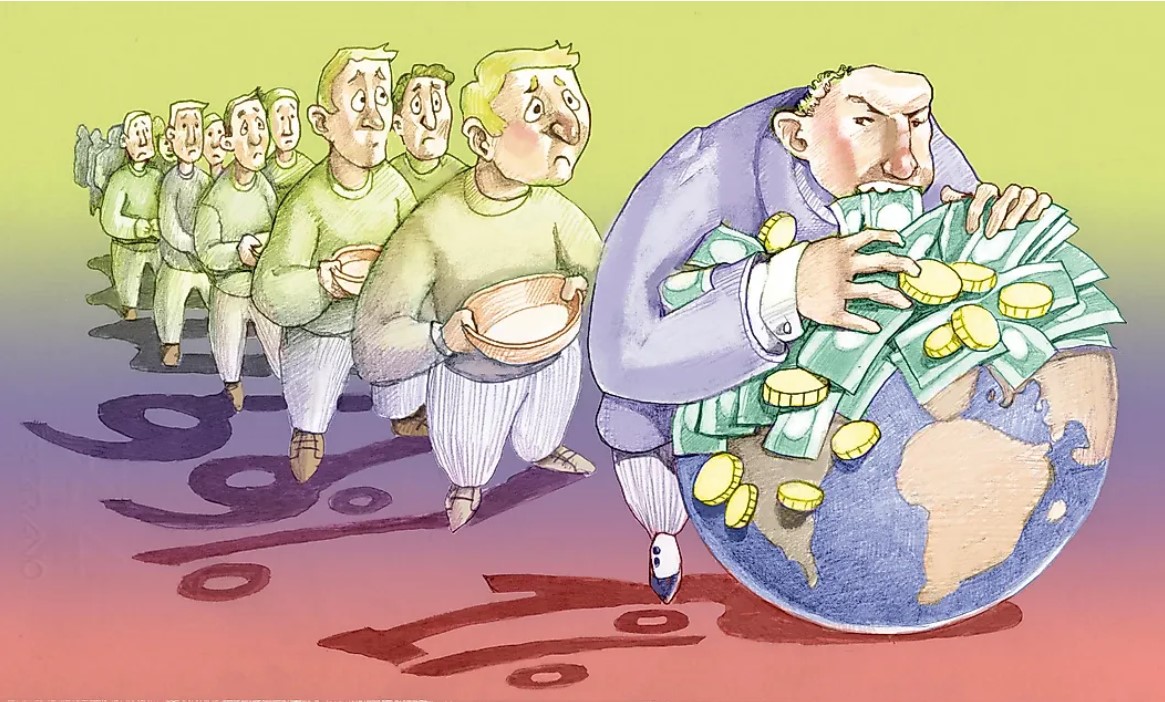 Wall Street investors have hit the jackpot. Soon they’ll be able to buy, own, and dictate The Commons, public lands, the world of Mother Nature. In fact, a pilot project is already in the works with ecosystems up for sale as Wall-Streeters anxiously prepare to gobble up the valued benefits of Mother Nature.

According to the NYSE PR Dept., they’ll IPO nature: “To preserve and restore the natural assets that ultimately underpin the ability for there to be life on Earth.” What? Really?

And, according to NYSE COO Michael Blaugrund: “Our hope is that owning a natural asset company is going to be a way that an increasingly broad range of investors have the ability to invest in something that’s intrinsically valuable, but, up to this point, was really excluded from the financial markets.”

Then, does this mean that neoliberal capitalism is becoming nature’s beneficent caretaker so environmentalists can stop wringing their hands about the horrendous loss of wild vertebrate life, down a whopping 68%, and loss of wetlands and loss of huge chunks of rainforests these past few decades, all of which echoes a guttural sound of impending extinction? Answer: Don’t count on it.

For starters, there’s something extraordinarily distasteful and downright disgusting about Wall Street buying control of nature’s resource capabilities. It bespeaks of an upside down world where the ludicrous becomes acceptable, but is it really acceptable? Is it?

The main character in this new scheme to own the world is a new asset class with a very plain name that says it all: Natural Asset Company or NAC. Yes, if you are a billionaire, get ready to buy up to 30% of the world’s natural resource beneficence to society. It’s going to be offered on the biggest auction block of the world, the New York Stock Exchange under the cover of sustainability of nature and protection of biodiversity, wink, wink!

Of course, this prompts a series of questions, headlined by when does Mother Nature morph into a tollbooth?

In simplest of terms, NACs allow for the formation of specialized corporations that hold the rights to the ecosystem services produced on a given chunk of land. The services might be sequestration of carbon or clean water or possibly rare Tibetan mountain air or maybe a lake teeming with trout in the wilderness. The possibilities are endless when auctioning off major chunks of an asset as big as the planet.

The NAC will maintain, manage and grow the natural asset that it has commoditized, working towards maximizing the profit potential of the natural asset, although, of course, this is not emphasized in the PR material. Nevertheless, it could lead to near-infinite profits. After all, the living Earth does rejuvenate and replenish and service ecosystems on its own accord, a natural process that goes on forever. Why not own it?

If ever there has been a time for the people of the world to drop whatever they are doing and focus on one issue, now is that time. The Commons is for sale! Think long and hard about that proposition, study it, discuss it, and decide whether to agree that Mother Nature should be monetized. If not in agreement, then do something, tell everybody, tell anybody who’ll listen, carry poster boards in the street, join a protest march, bang pots and pans, do something to relieve that breakneck pressure building around your temples!

The Intrinsic Exchange Group, in partnership with the NYSE, is currently working with the Costa Rica government on a pilot project of NACs in the country in order to institute its protocol for ownership of forests, lakes, waterfalls, mountains, meadows, caves, wetlands, in essence, all of nature. Costa Rica is the proving grounds for ownership of Mother Nature, whether she likes it or not.

First, NAC identifies a natural asset, like a forest for example, which is quantified using special protocols that have already been developed by various coalitions amongst multinational corporations, which in and of itself is remarkably terrifying.  The NAC decides who has the rights to the natural asset’s productivity and how it is to be managed. It is then monetized via an IPO on the stock exchange. Thus, the NAC becomes “the Issuer” to potential buyers of the natural asset that the NAC represents. Essentially, NAC is a real estate agent of Mother Nature. The buyers are institutional investors, or the occasional billionaire, that want to own the rights to the benefits of wetlands or rainforests or natural water springs or rarified mountainous air or hot springs or whatever they want to own. The world is their oyster to buy, own, enjoy, and profit by.

Throughout all human history nature has been The Commons or the cultural and natural resource for all of society inclusive of natural processes like air and water. But now private investors are deleting The Commons with claims of “conservation and sustainability” of 30% of what’s called “protected areas” of our precious worldwide assets.

According to initial calculations, NACs will unlock $4Quadrillion in assets as a new feeding ground for Wall Street investors to buy the rights to clean water and clean air and trout streams and bass-laden lakes and gorgeous picturesque waterfalls and lagoons, an entire forest, or maybe eventually extend into the oceans. Who knows the range of possibilities once nature is transacted on Wall Street.

The Commons is property shared by all, inclusive of natural products like air, water, and a habitable planet, forests, fisheries, groundwater, wetlands, pastures, the atmosphere, the high seas, Antarctica, outer space, caves, all part of ecosystems of the planet.

The sad truth is Mother Nature, Inc., will lead to extinction of The Commons, as an institution, in the biggest heist of all time. Surely, private ownership of nature is unseemly and certainly begs a much bigger relevant question that goes to the heart of the matter, to wit: Should nature’s ecosystems, which benefit society at large, be monetized for the direct benefit of the few?