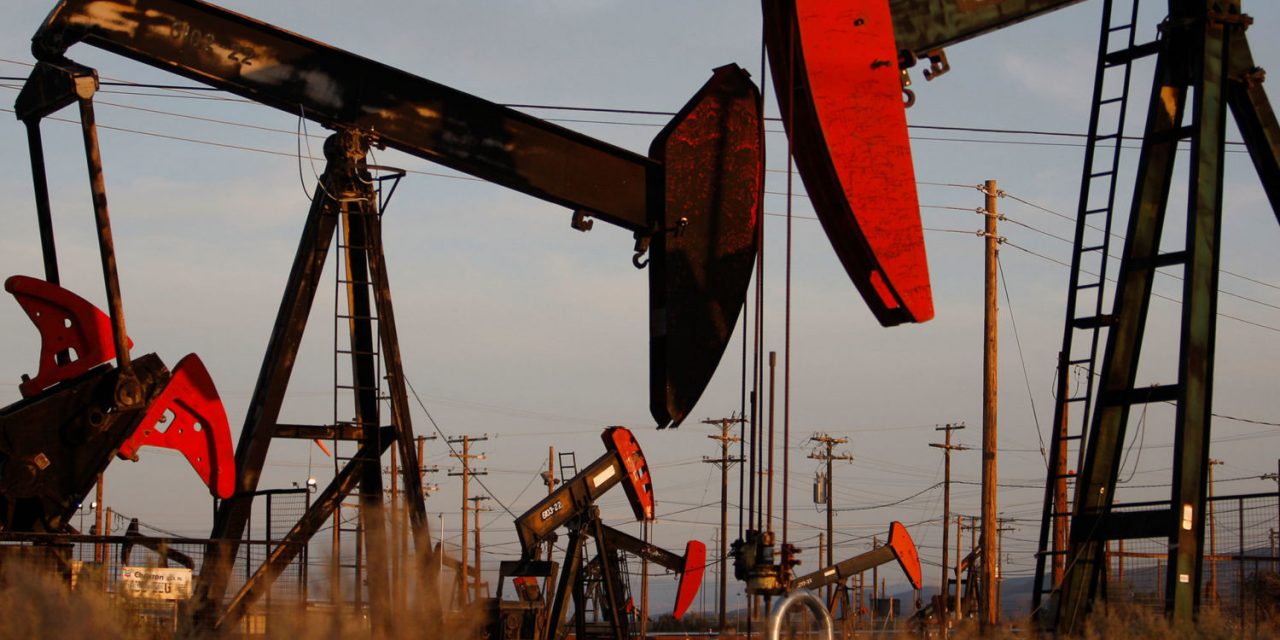 Scientists keep raising ever-louder alarms about the urgency of tackling climate change, but the world’s governments aren’t listening. Yet the latest numbers don’t lie: Nations now plan to keep producing more coal, oil, and gas than the planet can endure.

Climate change is many things — a moral issue, a question of intergenerational justice, an economic threat, and now a daily and terrifying reality.

But it’s also a math problem, a point I’ve been trying to make for awhile now. Let’s run some new numbers.

First: 11,000, as in the number of scientists who just signed a manifesto that declares the world’s people face “untold suffering due to the climate crisis” unless there are major transformations to global society. “We declare clearly and unequivocally that planet Earth is facing a climate emergency,” the manifesto, released earlier this month, states. “To secure a sustainable future, we must change how we live. [This] entails major transformations in the ways our global society functions and interacts with natural ecosystems.”

Is that straightforward enough?

These are not scientists warning about something that will happen — these are scientists rushing out of their labs in their white coats and waving their arms and trying to do what they can to bring us to our senses. “The climate crisis has arrived and is accelerating faster than most scientists expected. It is more severe than anticipated, threatening natural ecosystems and the fate of humanity.” Eleven thousand, by the way, is another way of saying essentially all scientists who study this field — the tiny cadre of deniers shrinks annually, and is not being replenished by young climatologists.

Second number: 120 percent, as in the plans by the world’s governments to produce 120 percent more coal and gas and oil by 2030 than the planet can burn and have even half a hope of meeting the Paris climate targets. The new report, which emerged last week from the Stockholm Environment Institute (SEI), is one of the most important pieces of research in years. What it means is, the world is producing endlessly more coal and oil and gas than safety allows.

Scientists have a fairly exact idea of how much carbon dioxide we can still emit and stay south of the red lines we’ve drawn (red lines, it should be pointed out, that we haven’t crossed yet even though we’ve already lost most of the sea ice in the Arctic, intensified the world’s patterns of drought and flood and fire, and turned the ocean 30 percent more acidic. We’re already in great trouble). That estimate of how much we can still sort of afford to burn represents our “carbon budget,” and it’s not very large (it’s not very large because when scientists issued their first dire warnings 30 years ago we paid no attention). Meeting that budget would require — well, it would require budgeting. That’s kind of what the world’s nations did in Paris, when they set out targets and made pledges. Sadly, the pledges didn’t meet the targets: no nation committed to cutting the use of fossil fuels fast enough to dramatically slow down the warming. If you want to use a dieting metaphor, we were unwilling to rein in our appetites in any significant way.

But of course there’s another way at this problem. Along with reducing demand, you could also work to reduce supply. If we didn’t have more coal and oil and gas than we could burn, we would, ipso facto, be more likely to stay on our diet. Sadly, the world’s governments have never made any serious attempt to restrict the production of coal and oil and gas — instead, they’ve offered endless subsidies to spur the endless overproduction of fossil fuels.

America has done this more effectively than anyone else — for the last few presidential administrations we’ve offered the industry pretty much carte blanche for drilling and fracking and mining. That’s why, during the Obama years, the United States surpassed Russia and Saudi Arabia as the world’s greatest supplier of hydrocarbons. And if you think Obama might be embarrassed about that, you’d be wrong. As the former president told a cheering Texas audience last year, “You wouldn’t always know it ,but it [oil and gas production] went up every year I was president,” he said. “That whole, ‘suddenly America’s like the biggest oil producer and the biggest gas,’ that was me, people.” Precisely the same scenario is playing out in the other big fossil fuel nations. In Australia last month, for instance, Prime Minister Scott Morrison announced that his government was planning to outlaw protests that seek to persuade banks to stop financing new coal mines. (He did this as one of the worst waves of bush fires in the nation’s history turned the Sydney skies gray — humans returning to the blackened forests reported being traumatized by the agonized howls of burned animals).

Canadian Prime Minister Justin Trudeau explained the logic most succinctly a couple of years ago, speaking to another crowd in Texas. “No country would find 173 billion barrels of oil in the ground and leave them there,” he said, referring to the amount of recoverable crude in Alberta’s tar sands region. “The resource will be developed.” He’s been good to his word, literally using Canadian taxpayer money to buy a pipeline to increase the flow of oil. And his statement provides us a key piece of the math: If Canada pumps that 173 billion barrels of oil, it will use up nearly a third of the world’s remaining carbon budget. By itself. To benefit a country with one half of 1 percent of the planet’s population. That math … doesn’t work.

The SEI report is the most damning documentation of our plight yet, and it powerfully makes the case that we should be working at least as hard to cap supply as to depress demand. We have plenty of tools, from limiting subsidies to just outright banning new exploration and development. As Christiana Figueres, one of the heroes of the Paris climate talks, put it, “countries such as Costa Rica, Spain, and New Zealand are already showing the way forward, with policies to constrain exploration and extraction and ensure a just transition away from fossil fuels. Others must now follow their lead.” Which is true, but Costa Rica, Spain, and New Zealand are not exactly petrostates.

The numbers, and the attitudes of leaders like Trudeau and Trump, are a kind of cryptic suicide note for the planet.

One good sign came last week, when California Governor Gavin Newsom announced a temporary ban on fracking in the state. That drew most of the headlines, but the real news was buried in the language of the announcement, which said Sacramento would henceforth be in the business of “managing the decline” of oil production. It took a mighty effort of the state’s environmental justice groups to produce that sentence, but it was worth the sweat: California may be the first really significant oil producer to concede it was going to have leave a lot of carbon in the ground.

The SEI report was, I think, grounds for real dismay, even despair: the numbers, and the attitudes of leaders like Trudeau, not to mention Trump, not to mention Putin, are a kind of cryptic suicide note for the planet, one written in numerals and not letters. They are an admission that we simply can’t rein ourselves in — an immoral refusal to heed physics and chemistry. They should shame us, and they should govern our activism in the years ahead: We’ve simply got to try and stop the pipelines and LNG ports and coal mines that make this auto-da-fé our default future.

Having slogged through this sad analysis, you deserve one other set of new numbers that offer at least a little light in the hot and smoky tunnel. Ed Mazria, another hero of the climate fight, has devoted himself and his group, Architecture 2030, to solving one of the thorniest problems of the global warming era: how to rein in the emissions from the buildings that house our lives and industries. It can seem a daunting problem, with buildings accounting for about 40 percent of all U.S. energy consumption: Viewed from above, it sometimes seems there are simply too many structures to even begin to deal with in the time we have. Fly into Chicago or LA and just stare down: Man, there are a lot of buildings. 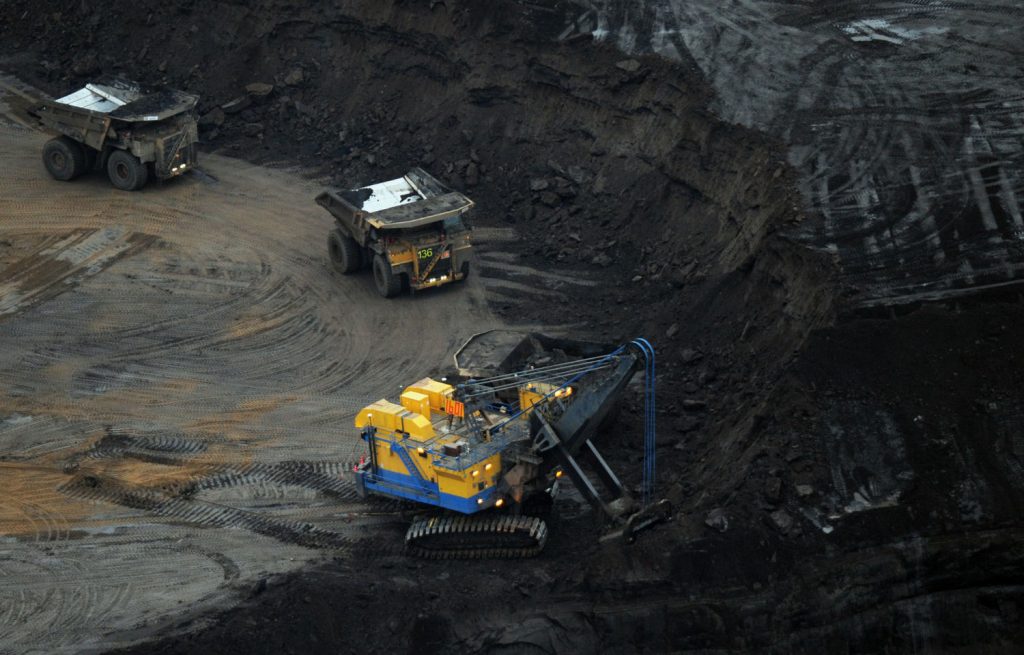 But that’s why the third number in this lesson — 2 percent — is so hopeful. It’s the percentage of big buildings in New York, the ones over 50,000 square feet in size. And they produce 45 percent of the city’s emissions from buildings. Which means a manageable number of structures — skyscrapers, convention centers, warehouses, huge apartments — produce roughly half the carbon. Which means, you could fix it: Indeed, New York City has embarked on a remarkable program of retrofits for its big buildings, ordering landlords to get to work. When Mazria’s crew looked at LA and Long Beach and Seattle and Minneapolis they found the same basic ratios held; this part of the problem seems more manageable than we’d thought. At least we could give it a good shot.

As for the other half of the emissions, the ones that come from millions of homes and small buildings, it’s obviously politically difficult to regulate them in the same way. But as Mazria points out, it makes sense to order their repair when they turn over: sell an apartment house and part of the deal must be that the new owner take on the task of reducing energy use (an energy- and hence money-saving job that can be rolled into the new mortgage).

We could do this same exercise around cars or factories or farms — a great many of the solutions are shelf-ready and cost-effective. But we won’t move quickly enough to use them if we’re surrounded by a sea of cheap oil. Those 11,000 scientists? They’re telling us we have to actually do the climate math. It’s not optional.

This Is Not the Sixth Extinction. It’s the First Extermination Event.

How Amazon Forest Loss May Affect Water—and Climate—Far Away