June has set a record low of Arctic sea ice, while the extent of melting across the Greenland Ice Sheet this early in the summer has never been seen before.

Recently, temperatures in parts of Greenland soared to 40 degrees above normal, while open water (not covered by sea ice) is already being observed in places north of Alaska where it has seldom, if ever, been observed.

The current sea ice coverage in the Arctic is the lowest ever recorded for mid-June.

Rick Thoman, a Fairbanks-based climatologist, told The Washington Postthat the loss of sea ice over the Chukchi and Beaufort seas of Alaska’s northern coast is now “unprecedented.”

Scientists have long been warning that what happens in the Arctic does not stay in the Arctic. Some liken the situation to what happens when a refrigerator door is left open. The cold air that is usually contained within the Arctic region of the planet is now often being displaced by high-pressure zones in the Arctic, all of which is then being augmented by human-caused climate disruption. This has resulted in lower-than-normal temperatures across much of the central and eastern United States in early June, while the Arctic was baking under abnormally high temperatures that have facilitated the unprecedented melting of ice across so much of the region.

“The jet stream this week was one of the craziest I’ve ever seen!” Jennifer Francis, a leading researcher who has published studies connecting mid-latitude weather to the dramatic changes across the Arctic, told The Washington Post.

By mid-June, nearly half of the ice of the Greenland Ice Sheet was melting. One day alone saw a loss of two billion metric tons of ice. This photo, which is not photo-shopped, is worth viewing. It displays a dogsled being used by scientists to retrieve their oceanographic moorings and a weather station in Northwest Greenland atop an ice sheet that is literally melting underneath their feet.

There are other indications of how severe the changes are in the northlands. Southeastern Alaska recorded its first-ever extreme droughtin May. In fact, the southernmost region of Alaska has already been in drought for the last two years running.

“Officials say areas experiencing lesser ‘severe’ and ‘moderate’ droughts have also expanded and the region’s precipitation, while higher than other areas, is drastically less than normal,” the CBC reported of the crisis.

On June 13, the Anchorage Daily News reported that the National Oceanic and Atmospheric Administration (NOAA) was investigating “unusually large numbers” of dead ice seals along the Bering and Chukchi sea coasts. The seals are integral to the subsistence lifestyle of the Inuit people in the area.

“Harold Okitkun was maneuvering his skiff along the coastline near the Western Alaska village of Kotlik on Friday afternoon when he first saw the seal carcasses, he said,” reported the Anchorage Daily News. “He counted 18 dead ice seals along about 11 miles of shore. In his 48 years in the village, he’d never seen anything like it, he said. It was overwhelming.”

NOAA received reports of at least 60 dead ice seals along the west coast of Alaska in just the last month. This was enough to cause the agency to launch an investigation into what it said are “unusually large numbers” of seal deaths.

“At this point, we don’t know what’s going on,” Julie Speegle, spokeswoman for NOAA Fisheries Alaska Region, told the Anchorage Daily News. “We are mobilizing crews to go out and collect some samples and try to investigate what’s happening.”

Of course, the brutal impacts of climate disruption on the Arctic aren’t new this year. During an interview in Anchorage in 2016, Bruce Wright, a senior scientist with the Aleutian Pribilof Islands Association (APIA), told Truthout of a warming event that occurred in Alaska in 2015: “This last summer, the gulf warmed up 15°C warmer than normal in some areas,” Wright told me. “Yes, you heard me right. 15°C. And it is now, overall, 5°C above normal in both the Gulf of Alaska and Bering Sea, and has been all winter long.”

Wright discussed how the climate-disruption-driven warming of the Northern Pacific and the Gulf of Alaska was driving toxic algal blooms. This, coupled with the warmer waters, had “broken” the food web in his region.

This, along with all the other catastrophic global impacts of human-caused climate disruption, caused Wright to issue a bleak prognosis for the future.

“We’re not going to stop this train wreck,” Wright told Truthout. “We are not even trying to slow down the production of CO2, and there is already enough CO2 in the atmosphere. We are going to see the consequences, and they will be significant.”

Recent data show steep increases in CO2 for the seventh year running, as atmospheric carbon dioxide levels have increased by their second highest annual rise in the last six decades. 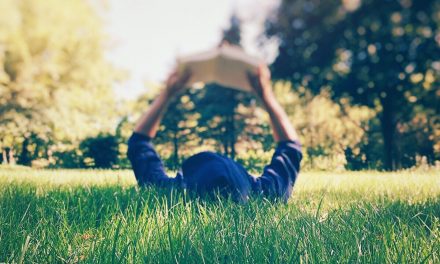 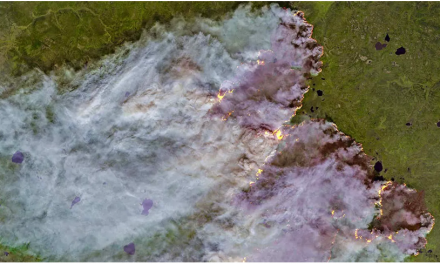