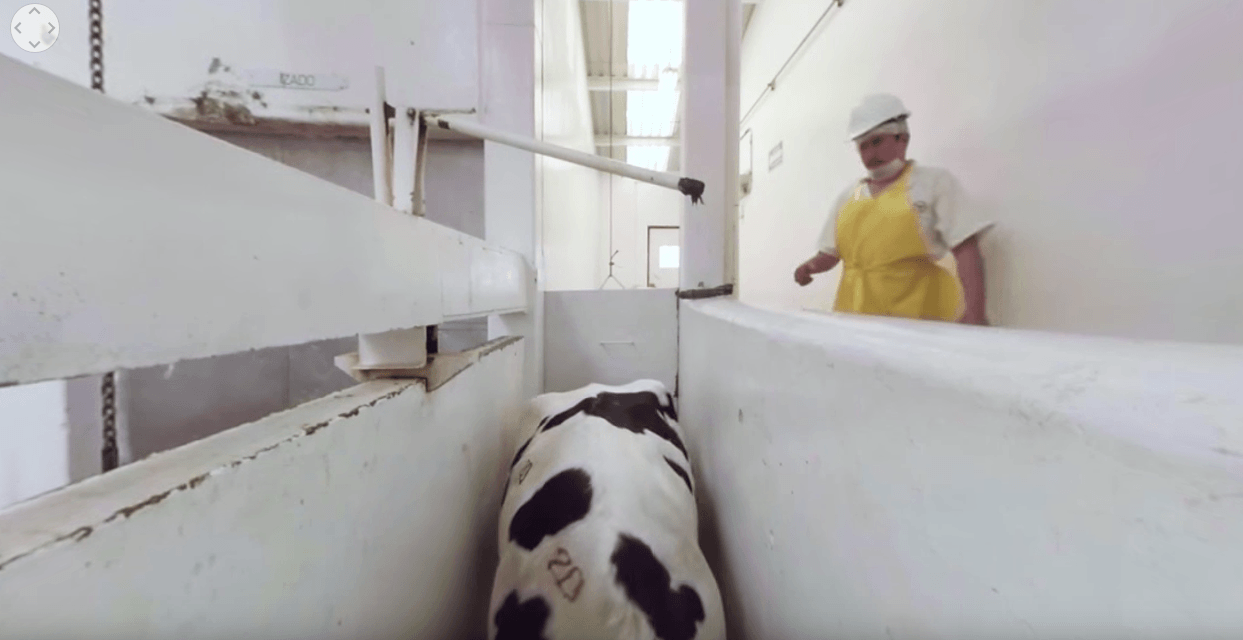 At the Vancouver Vegan Festival held at Creekside Park, we launched a new form of animal advocacy and outreach through virtual reality. We’re excited to partner with Animal Equality to offer their iAnimal 360 virtual experience to Metro Vancouver.

For the first time, you can see what they see, as you take the place of either a chicken, cow, or pig as you experience their entire farmed lifecycle in a matter of minutes in a narrated 360° video. Filmed with the consent and approval of modern farms and slaughter facilities who are proud of what they do, you can see what the average day looks like through the eyes of an animal, rather than focusing on the most graphic footage we could find, or relying on hidden cameras. We believe that simply showing you what happens as the animal would see it is powerful enough to stir compassion in even the hardest heart.

The feedback we received was amazing. There were questions (“and this is legal?” “and this is normal?”), there were tears, and there was no one who left looking at farmed animals, or their manicured meat products, the same way. 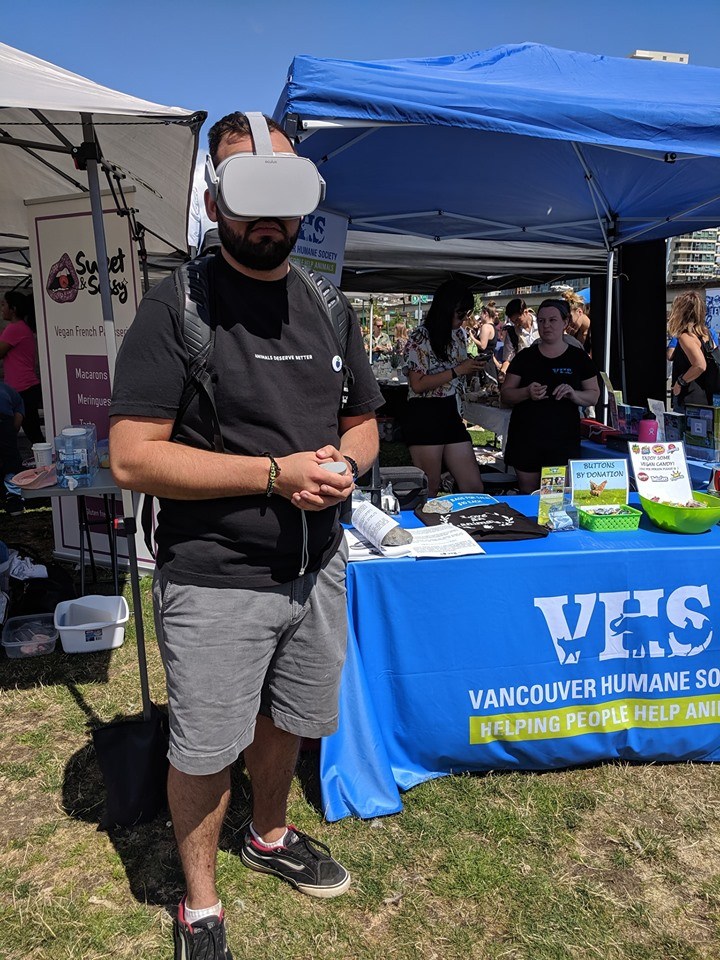 I’m not someone who’s easily impressed. I didn’t get excited about Avatar in 3D or the Tupac hologram. But the experience of immersion that VR can give us is almost incomparable to film or gaming as we know them today. It can open up new possibilities in the way it’s able to transport you seemingly out of your own body. I’ve tested out virtual rollercoasters that make your stomach drop, I’ve swum with pre-recorded sharks and dolphins, and they’re all pretty incredible.

In the history of ideas “the virtual” is more complicated than the usual pop culture sense of the term. We usually think of “the virtual” as “the fictional” or “the illusory,” something that appears real but isn’t. Philosophers have used the term more broadly though to mean “the possible” or “the potential” (I actually wrote about this in a philosophical dictionary released a few years ago) and it’s this broader, more experimental notion of “the virtual” that really interests me.

It’s no wonder that even rodeos and circuses are playing with the ideas of virtual animals and experiences. We’ve talked in our office about the possibilities that virtual reality and animal holograms could bring to antiquated institutions such as zoos and aquaria. You can even experience something like an existence in one of these facilities through a virtual prison experience. I can only imagine what an iAnimal take on modern zoos would feel like, putting you in a boring box for unending observation in an alien environment, surrounded by other animals you couldn’t possibly understand. You’d be able to take off the headset if you felt claustrophobic or anxious —  a luxury the animals don’t get.

Of course, we don’t have to have sophisticated camera equipment or advanced technology to empathize with these animals. Ethicists have put themselves in the place of the animal for thousands of years through thought experiments and observation, and come to the realization that their pain is difficult or impossible to justify given our own capacity for physical, psychological, and emotional suffering and knowledge of other animals.

The moral question of whether we are justified in killing and eating other animals for our survival is hard enough before you factor in the thought and planning that goes in to modern farming, the cunning it takes to commodify animals in order to think of them in terms of pounds and energy cost rather than as individuals with bodily autonomy and emotional awareness. We would never invent such a brutal system today, it would never make it past market research. Paul McCartney once said that if slaughterhouses had glass walls then everyone would become vegetarian. I don’t think that’s entirely right, but I don’t think it’s possible to justify what happens to any animal on modern farms if you’re capable of seeing them, if even for only a moment, as animal selves with feelings and wants.

No, other animals aren’t people, but who decided that only people count for anything? Killing another person is wrong, whether it’s the law or not. Is it sometimes justifiable? Maybe, but that doesn’t make it “good” or “right.” Are we justified in killing animals for food? Maybe sometimes. Everyone seems obsessed with some Castaway scenario where they’re forced to eat their only friend (a pig usually) in order to survive. Would I eat a pig to survive? Maybe, but that doesn’t make it “good” or “right.” (Besides, the modern Western world gives us a reality that is the exact opposite of the aforementioned island: we live on an island with an abundance of choices that don’t require animals to suffer and yet we as a society demand more meat and cheese!)

I also don’t buy in to the idea of purity politics though; ethics are about character and doing the best thing in the given situation, not about calculating how to extract the most utility out of a situation or blindly following a moral code. The best thing to do in a given situation may be to defend myself from someone, or to eat an animal in order to survive so I can once again continue living up to my own ethic.

Just like the iAnimal videos, what we ask of our supporters and the greater community is to put yourself in the situation of the animal. What is good for them? What is for the “greater good” knowing that human beings starve every day while we feed soy and corn to cows in one of the most inefficient ways to generate food energy? What is moral, and what is justifiable, given that we throw away such huge quantities of food, while continuing to produce more animal products than we know what to do with?

Ethics and politics are lived, not calculated, and as we get better and know better, we should always aim to do better. This is obvious when it comes to other people, and should be obvious to anyone capable of imagining being in the situation of suffering, regardless of species. Is it “better” to kill a rat than a dog? It might be more justifiable, but when the question is of morality, it’s not so easy to answer. Do we want to live in a world where decisions about what’s easy or okay to kill go unquestioned? The answer should be a resounding “No,” but we don’t even get to ask the question. It’s unthinkable to some people, like trying to question the air that we breathe. Shouldn’t we be concerned at this mass failure of imagination? Of generations of people so divorced from the fact that they’re paying to breed and raise animals to be killed weeks later out of pure habit and convenience? Let’s at least give the animals we eat the five minutes it takes to see the world from their eyes. We owe them that much. There’s something truly powerful in a person’s capacity for empathy, something we share with many other animals, even if we often forget.