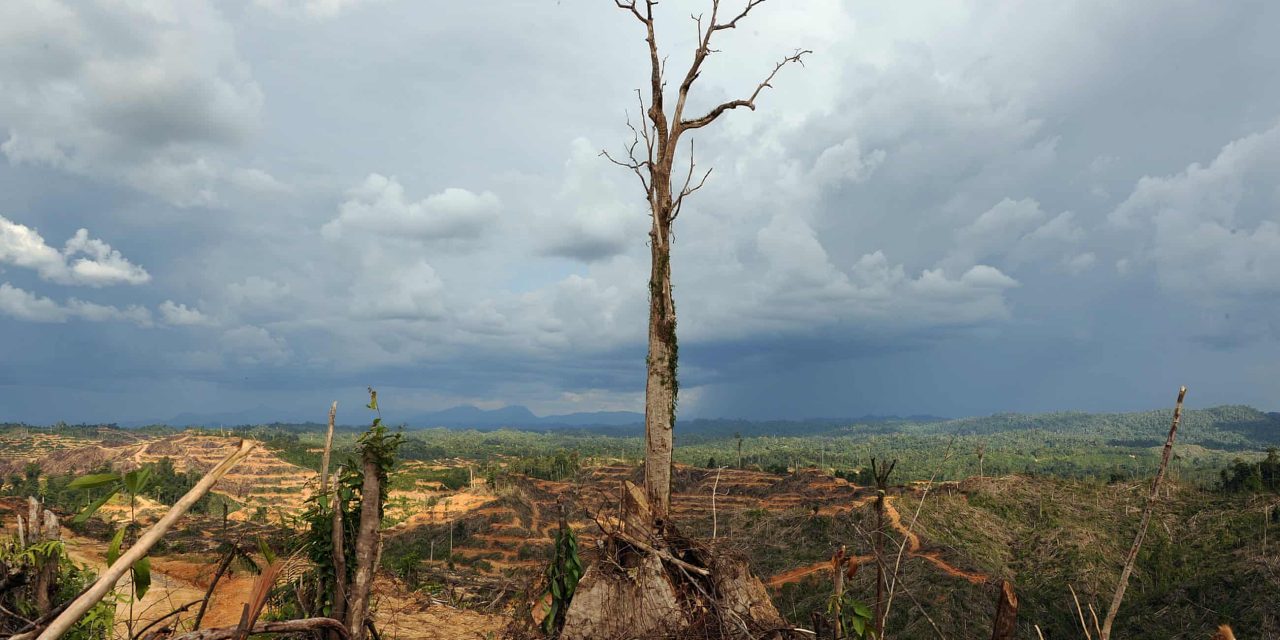 Destruction of wildlife and the climate crisis is hurting humanity, with Covid-19 a ‘clear warning shot’, say experts.

Nature is sending us a message with the coronavirus pandemic and the ongoing climate crisis, according to the UN’s environment chief, Inger Andersen.

Andersen said humanity was placing too many pressures on the natural world with damaging consequences, and warned that failing to take care of the planet meant not taking care of ourselves.

Leading scientists also said the Covid-19 outbreak was a “clear warning shot”, given that far more deadly diseases existed in wildlife, and that today’s civilisation was “playing with fire”. They said it was almost always human behaviour that caused diseases to spill over into humans.

To prevent further outbreaks, the experts said, both global heating and the destruction of the natural world for farming, mining and housing have to end, as both drive wildlife into contact with people.

They also urged authorities to put an end to live animal markets – which they called an “ideal mixing bowl” for disease – and the illegal global animal trade.

Andersen, executive director of the UN Environment Programme, said the immediate priority was to protect people from the coronavirus and prevent its spread. “But our long-term response must tackle habitat and biodiversity loss,” she added.

“Never before have so many opportunities existed for pathogens to pass from wild and domestic animals to people,” she told the Guardian, explaining that 75% of all emerging infectious diseases come from wildlife.

“Our continued erosion of wild spaces has brought us uncomfortably close to animals and plants that harbour diseases that can jump to humans.”

She also noted other environmental impacts, such as the Australian bushfires, broken heat records and the worst locust invasion in Kenya for 70 years. “At the end of the day, [with] all of these events, nature is sending us a message,” Anderson said.

“There are too many pressures at the same time on our natural systems and something has to give,” she added. “We are intimately interconnected with nature, whether we like it or not. If we don’t take care of nature, we can’t take care of ourselves. And as we hurtle towards a population of 10 billion people on this planet, we need to go into this future armed with nature as our strongest ally.”

“The emergence and spread of Covid-19 was not only predictable, it was predicted [in the sense that] there would be another viral emergence from wildlife that would be a public health threat,” said Prof Andrew Cunningham, of the Zoological Society of London. A 2007 study of the 2002-03 Sars outbreak concluded: “The presence of a large reservoir of Sars-CoV-like viruses in horseshoe bats, together with the culture of eating exotic mammals in southern China, is a timebomb.”

Cunningham said other diseases from wildlife had much higher fatality rates in people, such as 50% for Ebola and 60%-75% for Nipah virus, transmitted from bats in south Asia. “Although, you might not think it at the moment, we’ve probably got a bit lucky with [Covid-19],” he said. “So I think we should be taking this as a clear warning shot. It’s a throw of the dice.”

“It’s almost always a human behaviour that causes it and there will be more in the future unless we change,” said Cunningham. Markets butchering live wild animals from far and wide are the most obvious example, he said. A market in China is believed to have been the source of Covid-19.

“The animals have been transported over large distances and are crammed together into cages. They are stressed and immunosuppressed and excreting whatever pathogens they have in them,” he said. “With people in large numbers in the market and in intimate contact with the body fluids of these animals, you have an ideal mixing bowl for [disease] emergence. If you wanted a scenario to maximise the chances of [transmission], I couldn’t think of a much better way of doing it.”

China has banned such markets, and Cunningham said this must be permanent. “However, this needs to be done globally. There are wet markets throughout much of sub-Saharan Africa and a lot of other Asian countries too.” The ease of travel in the modern world exacerbates the dangers, he said, adding: “These days, you can be in a central African rainforest one day and in central London the next.”

Aaron Bernstein, at the Harvard School of Public Health in the US, said the destruction of natural places drives wildlife to live close to people and that climate change was also forcing animals to move: “That creates an opportunity for pathogens to get into new hosts.”

“We’ve had Sars, Mers, Covid-19, HIV. We need to see what nature is trying to tell us here. We need to recognise that we’re playing with fire,” he said.

“The separation of health and environmental policy is a ​dangerous delusion. Our health entirely depends on the climate and the other organisms we share the planet with.”

The billion-dollar illegal wildlife trade is another part of the problem, said John Scanlon, the former secretary general of the Convention on International Trade of Endangered Species of Wild Fauna and Flora.

“Importing countries should create a new legal obligation, supported by criminal sanctions, for an importer of wildlife to prove that it was legally obtained under the source country’s national laws,” he said. “If we can blend taking a hard line against transnational organised wildlife criminals, while also opening up new opportunities for local communities, then we will see biodiversity, ecosystems and communities thrive.”

The Covid-19 crisis may provide an opportunity for change, but Cunningham is not convinced it will be taken: “I thought things would have changed after Sars, which was a massive wake up call – the biggest economic impact of any emerging disease to that date,” he said.