Scientific Publishing Is a Rip-Off. We Fund the Research – It Should Be Free 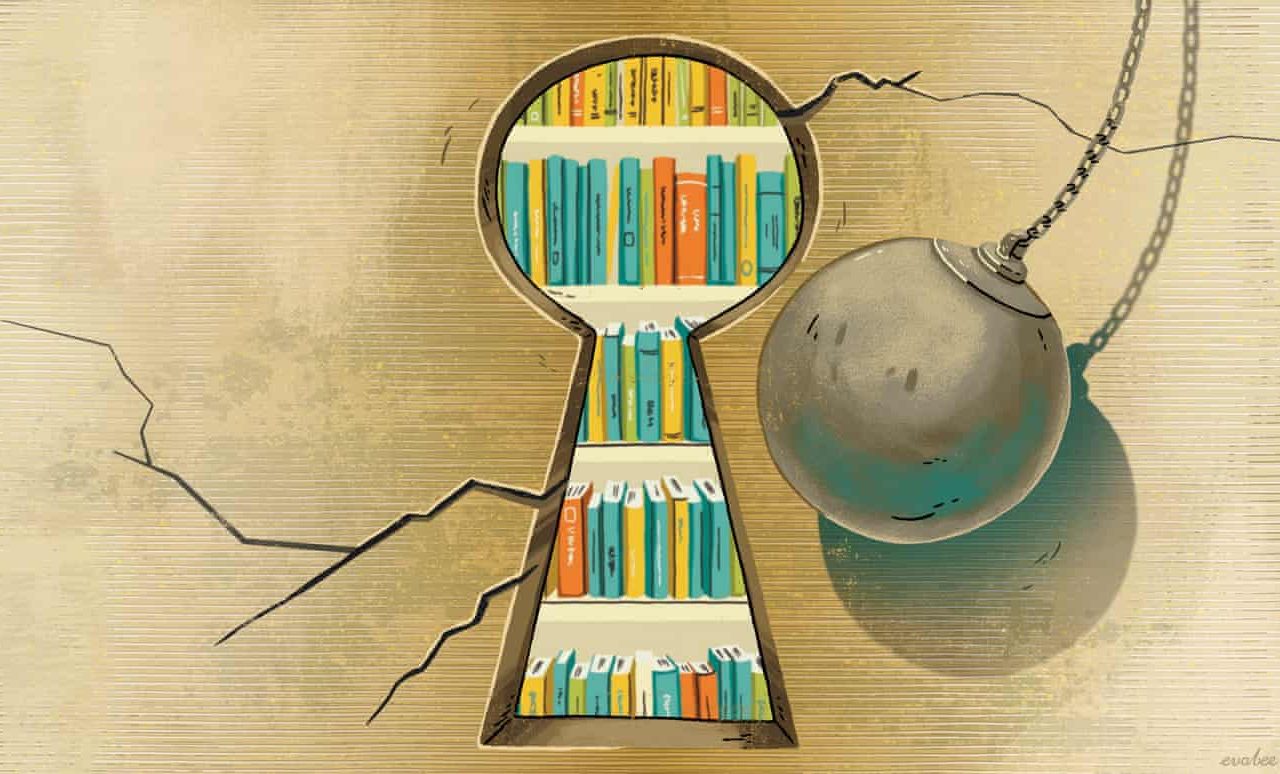 Those who take on the global industry that traps research behind paywalls are heroes, not thieves.

Never underestimate the power of one determined person. What Carole Cadwalladr has done to Facebook and big data, and Edward Snowden has done to the state security complex, the young Kazakhstani scientist Alexandra Elbakyan has done to the multibillion-dollar industry that traps knowledge behind paywalls. Sci-Hub, her pirate web scraper service, has done more than any government to tackle one of the biggest rip-offs of the modern era: the capture of publicly funded research that should belong to us all. Everyone should be free to learn; knowledge should be disseminated as widely as possible. No one would publicly disagree with these sentiments. Yet governments and universities have allowed the big academic publishers to deny these rights. Academic publishing might sound like an obscure and fusty affair, but it uses one of the most ruthless and profitable business models of any industry.

The model was pioneered by the notorious conman Robert Maxwell. He realised that, because scientists need to be informed about all significant developments in their field, every journal that publishes academic papers can establish a monopoly and charge outrageous fees for the transmission of knowledge. He called his discovery “a perpetual financing machine”. He also realised that he could capture other people’s labour and resources for nothing. Governments funded the research published by his company, Pergamon, while scientists wrote the articles, reviewed them and edited the journals for free. His business model relied on the enclosure of common and public resources. Or, to use the technical term, daylight robbery.

As his other ventures ran into trouble, he sold his company to the Dutch publishing giant Elsevier. Like its major rivals, it has sustained the model to this day, and continues to make spectacular profits. Half the world’s research is published by five companies: Reed Elsevier, Springer, Taylor & Francis, Wiley-Blackwell and the American Chemical Society. Libraries must pay a fortune for their bundled journals, while those outside the university system are asked to pay $20, $30, sometimes $50 to read a single article.

While open-access journals have grown rapidly, researchers still have to read the paywalled articles in commercial journals. And, because their work is assessed by those who might fund, reward or promote them according to the impact of the journals in which they publish, many feel they have no choice but to surrender their research to these companies. Science ministers come and go without saying a word about this rip-off.

After my cancer diagnosis this year, I was offered a choice of treatments. I wanted to make an informed decision. This meant reading scientific papers. Had I not used the stolen material provided by Sci-Hub, it would have cost me thousands. Because, like most people, I don’t have this kind of money, I would have given up before I was properly informed. I have never met Elbakyan, and I can only speculate about alternative outcomes had the research I read not swayed my decision. But it is possible that she has saved my life.

Like people in many countries where scholarship is poorly funded, Elbakyan discovered that she could not complete her neuroscience research without pirated articles. Outraged by the journals’ padlock on knowledge, she used her hacking skills to share papers more widely. Sci-Hub allows free access to 70m papers, otherwise locked behind paywalls.

She was sued in 2015 by Elsevier, which won $15m in damages for copyright infringement, and in 2017 by the American Chemical Society, resulting in a $4.8m fine. These were civil cases, concerning civil matters. While the US courts have characterised her activities as copyright violation and data theft, to me her work involves the restoration to the public realm of property that belongs to us and for which we have paid. In the great majority of cases, the research reported has been funded by taxpayers. Most of the work involved in writing the papers, reviewing and editing them is carried out at public expense by people at universities. Yet this public asset has been captured, packaged and sold back to us for phenomenal fees. Those who pay most are publicly funded libraries. Taxpayers must shell out twice: first for the research, then to see the work they have sponsored. There might be legal justifications for this practice. There are no ethical justifications.

Alexandra Elbakyan lives in hiding, beyond the jurisdiction of the US courts, and moves Sci-Hub between domains as it gets taken down. She is by no means the only person to have challenged the big publishers. The Public Library of Science, founded by researchers who objected not only to the industry’s denial of public access but also its slow, antiquated and clumsy modes of publishing that hold back scientific research, has demonstrated that you don’t need paywalls to produce excellent journals. Advocates like Stevan Harnad, Björn Brembs, Peter Suber and Michael Eisen have changed the public mood. The brilliant online innovator Aaron Swartz sought to release 5m scientific articles into the public domain. Facing the possibility of decades in a US federal prison for this selfless act, he took his life.

Now libraries feel empowered to confront the big publishers. They can refuse to renew contracts with companies as their users have another means of getting past the paywall. As the system has begun to creak, government funding agencies have at last summoned the courage to do what they should have done decades ago, and demand the democratisation of knowledge.

Last week, a consortium of European funders, including major research agencies in the UK, France, the Netherlands and Italy, published their “Plan S”. It insists that, from 2020, research we have already paid for through our taxes will no longer be locked up. Any researcher receiving money from these funders must publish her or his work only in open-access journals.

The publishers have gone ballistic. Springer Nature argues that this plan “potentially undermines the whole research publishing system”. Yes, that’s the point. The publishers of the Science series maintain that it would “disrupt scholarly communications, be a disservice to researchers, and impinge academic freedom”. Elsevier says, “If you think information shouldn’t cost anything, go to Wikipedia”, inadvertently reminding us of what happened to the commercial encyclopedias.

Plan S is not perfect, but this should be the beginning of the end of Maxwell’s outrageous legacy. In the meantime, as a matter of principle, do not pay a penny to read an academic article. The ethical choice is to read the stolen material published by Sci-Hub.