As the media focuses on the Mueller report and Attorney General William Barr, the Trump administration has been especially hawkish in their foreign policy. National Security Advisor John Bolton said the US is sending an aircraft carrier and a bomber taskforce to the Persian Gulf to be prepared for new threats from Iran. There are currently no US troops in Venezuela but since Juan Guaido, with a blessing from Mike Pence, declared himself president of Venezuela on January 23rd there have been several failed attempts to get Maduro out of power. Last month Trump vetoed a bill to end our involvement in the war in Yemen and the Senate failed to override it.

The Iran Deal was one of President Obama’s notable foreign policy achievements, so naturally Trump had to pull out of the deal after speaking out about it so much on the campaign trail. Since then Trump has put sanctions on the country with the intention of bringing the economy to its knees. Trump issued an executive order on Wednesday putting sanctions on Iran’s steel, aluminum, copper and iron sectors. This move came after Tehran announced it would be quitting portions of the 2015 nuclear deal, which the US withdrew from a year ago.

Last month the Trump administration designated Iran’s Revolutionary Guard a terrorist group, and Tehran responded by designating US CENTCOM (Central Command) a terrorist group. Designating a foreign government’s military a terrorist group is a dangerous precedent and can potentially give Trump the ability to attack Iran without congressional approval.

Unnamed US officials are quoted as saying the latest move, sending an aircraft carrier to the region, was based on claims of a possible attack on US forces. John Bolton said, “The United States is deploying the USS Abraham Lincoln Carrier Strike Group and a bomber task force to the US Central Command region to send a clear and unmistakeable message to the Iranian regime that any attack on United States interests or on those of our allies will be met with unrelenting force.” Iran’s UN ambassador has warned the US is threatening Iran on the basis of fake intelligence.

It seems the Trump administration is trying to provoke Iran into attacking the US, putting US military personnel in unnecessary risk and potentially starting a war that could be as disastrous as the Iraq war.

The night before Juan Guaido declared himself president of Venezuela, he spoke to Mike Pence over the phone who said he had the full backing of the US if he could oust Maduro. A few failed coup attempts later Maduro is still in power with the full support of the military. The US policy towards Venezuela has been especially hostile since the election of Hugo Chavez in 1998, including the support of a failed coup in 2002. In 2015 Obama declaredVenezuela a national security threat and sanctioned some top government officials.

A recent report by the Center for Economic and Policy Research claims the 2017 Trump administration sanctions and (others since then) are responsible for the deaths of about 40,000 Venezuelans, due to lack of access to food and medicines. Critics of the Venezuelan government blame Maduro’s leadership and socialism for the economic collapse. Regardless of who’s to blame for the economic collapse in Venezuela, economic sanctions and pressure from the United States make the situation worse for the people.

The US interest in Venezuela is no coincidence, as the country sits on more oil reserves than any other in the world. John Bolton said in an appearance on Fox Business News that regime change would be good for US oil companies, leaving no mystery as to why this administration seems so concerned about the people of Venezuela. Trump, Bolton, and Secretary of State Mike Pompeo have made it clear “all options are on the table” when it comes to ousting Maduro.

A UN report found if a peace is not brokered in Yemen and the war continues the death toll could reach up to 233,000, with an astonishing 60 percent of those deaths attributed to children under the age of five. The US backed Saudi-UAE coalition target civilian infrastructure in their airstrikes with little attention from the mainstream media. On August 9th 2018 a US manufactured bomb struck a school bus in Yemen, killing 40 children. On October 2nd of the same year, Jamal Khashoggi, a journalist for the Washington Post and an American resident, was murdered in the Saudi embassy in Turkey. These two incidents made some American politicians reevaluate our relationship with the Saudis, and the war in Yemen briefly made it into the mainstream.

The outrage has since faded over the school bus bombing and the Khashoggi murder, and the Mueller report has taken over the headlines. Trump vetoed the bill to end our involvement in the war, and the senate failed to override the veto. Some consider the war in Yemen a genocide, and looking at the Yemen Data Project’s impressive spreadsheet of all recorded airstrikes since 2015, it is hard to argue it is not. The coalition targets the country’s infrastructure, hospitals, schools, markets, mosques and residential areas. The lack of available medicine and healthcare is taking an enormous toll on the children of Yemen and newborn babies.

It is now accepted as fact that the Bush administration lied to the American public and the rest of the world when they claimed Saddam Hussein had WMDs and used that as the pretext for their invasion. One of the biggest scandals of Obama’s presidency was that they knowingly armed Islamic extremists in Syria to overthrow Assad in 2011. Obama also destabilized Libya when he took out Gaddafi, leaving a vacuum for extremists and even open slave markets.

With all of these lies and deceptions that led our country into wars, why isn’t there more outrage among Americans to stop them? There are a few activist groups like CODEPINK and Veterans for Peace but there are almost no antiwar voices in the mainstream media. The US has almost 800 military bases around the world, a higher military budget than any other country, and is the biggest supplier of weapons to the murderous Saudi regime.

People act appalled when Trump and his supporters say they want a wall to keep out illegal immigrants, but stay silent when he tries to provoke a civil war in Venezuela. Trumps travel ban on certain Arab countries caused a lot of outrage, but the war in Yemen goes largely unnoticed.

If American liberals really cared about refugees they would challenge Trump where it really mattered. And if a centrist democrat like Joe Biden gets elected next but continues these hawkish policies, it may make us feel better about ourselves to have a president that doesn’t say mean things, but we look the same in the eyes of the starving children of Yemen and the Venezuelan or Iranian who no longer has access to their insulin due to US sanctions. 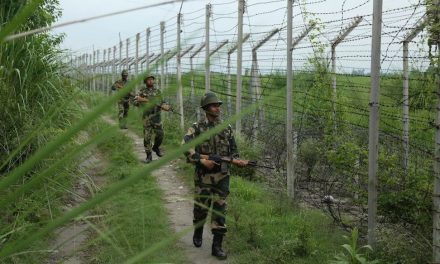 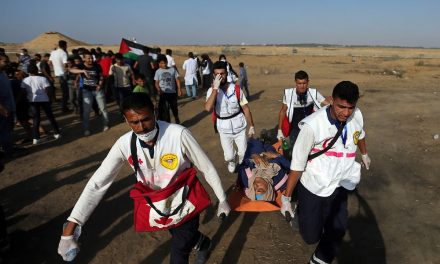 On the Precipice: The Collective Asteroid of Human History