Rachel Carson’s famous and brilliant book Silent Spring (1962), which single-handedly ignited the environmental movement, has never been more relevant than it is today.

A mimeo of Silent Spring is scheduled for publication by the UN, as the most comprehensive study of life on the planet ever undertaken, an 1,800-page study by the world’s leading scientists that spells out in detail the results of a massive study of the world’s ecosystems.

The conclusion: Nature is in “steep decline.”

According to Mike Barrett, WWF’s executive director of conservation and science: “All of our ecosystems are in trouble. This is the most comprehensive report on the state of the environment. It irrefutably confirms that nature is in steep decline.” (Source: Jonathan Watts, Biodiversity Crisis is About to Put Humanity at Risk, UN Scientists to Warn, The Guardian, May 3, 2019)

Interestingly enough, in days of yore, Silent Spring’s opening chapter, “A Fable for Tomorrow,” described a fictional flourishing town in the heartland of America with its splendid natural beauty; however, within only a few pages, that alluring picturesque community degenerates: “A grim specter has crept upon us almost unnoticed….”

Thereafter, Silent Spring turns non-fictional as it informs its reading public, i.e., the radicalized Sixties, that 500 new chemicals “… annually find their way into actual use in the U.S. alone to which the bodies of men and animals are required somehow to adapt each year, chemicals totally outside the limits of biologic experience.”

Thus, Carson is renown for single-handedly exposing the death throes of biota via DDT exposure, fertilizers and pesticides. She rang the biggest, loudest clarion bell ever to hit the chemical industry, post industrial revolution. To wit: Both industrialization at full tilt GDP and lickety-split suburbia were dealt a thud to the head by Silent Spring’s exposé.

In essence, Silent Spring exposed capitalism’s thirst for unabashed growth, bringing in its wake chemicals necessary to clear, and open, pathways for unrelenting growth, but, along the way killing the proverbial golden goose, ecosystems that support life, an upshot of unchecked usage of chemicals, still true to this day, although more so.

Rachel Carson’s book, which was, and still is, considered “the handbook for the future of all life on Earth,” became the cause célèbre for elimination of DDT, saving the country’s symbol of glory, the American eagle, as well as opening the eyes of an ignorant public to the rough and tumble underbelly of capitalistic development, at any and all, costs, only profits count.

Ever since Silence Spring hit bookshelves in NYC, the world has experienced 60 years of precisely what Rachel Carson anticipated. The cumulative effect is still the best-kept dirty secret in America but likely not for long.

Accordingly, the 1,800-page UN study will claim there is no time to despair as “an environmental emergency for humanity” is at hand, a triple challenge of climate, nature and food production. It adds up to a veiled threat: Nations of the world must act quickly to develop a rescue plan for ecosystems, or it’s lights out, the end.

The “collapse of nature” is/will be featured in the UN report. Humanity is decimating its own living systems via conversion of forests, wetlands, and “the wild” into ploughed fields, dammed reservoirs, and concrete cities as 75% of the world’s land has been severely altered for immediate conversion for a bursting world population, aka: The Great Acceleration, without “one lick of concern” for impact on life-supporting ecosystems. As a result, ecosystems are a mess and a threat to life all across the planet.

Shame on the leaders of the Western and Eastern world for substituting high-end rough and tumble turbo capitalism that seeks individual wealth creation (the infamous 1% and several others) at the expense of a living/breathing/healing/supportive/life-giving biosphere.

But honestly, the problem is almost too simplistic: Essentially, humanity has been “cooking its own goose” far too long with ecosystems literally overdone, burned-out, exhausted, ignored by civilization. When in fact ecosystems are collapsing.

The federal state of Bavaria, Germany precociously just passed a public referendum, by a huge margin of voters, to “Protect Nature” as a result of crumbling ecosystems and massive loss of flying insects (75%) discovered in sixty-three European nature preserves.

All of which begs the question of why did a referendum to protect nature in the ultra-conservative domain of Bavaria come to surface? The answer is simple enough: Bavarians are conservative, believing in the status quo, caring for the land. However, desperate citizens of Bavaria were startled by native landscapes that were (1) monotonous, (2) overly developed, and (3) strikingly “empty of life.” What could be worse? Answer: Only nuclear war.

Bavaria’s recognition of the “empty of life” imbroglio is more and more acknowledged by scientists in regions of the planet that are pristine environments; for example, a 40-year study of rainforests in Puerto Rico and Mexico discovered that arthropods had vanished! That’s the kind of stuff that precedes doomsday parades; the kind that nobody likes to attend.

As it happens, a world filled to the brim with both rogue chemicals and rogue greenhouse gases is a setup for exactly the kind of heart-breaking parade that Carson saw coming all of six decades ago. For example, according to the UN Environmental Program, five million people die and 86 million are disabled every year by chemicals, making chemicals one of the biggest causes of death in the world.

But, that’s only for starters because, according to the World Health Organization and the UN Environmental Program, toxic chemicals have been implicated in cancers, heart disease, diabetes and mental disorders (does that sound familiar?)

Studies at NY State University demonstrated exposure to multiple chemicals were far worse than single chemicals as for impact on the human body, causing developmental disorders, sexual dysfunction, infertility, nerve, brain, and bone diseases, autism, depression, Parkinson’s, and Alzheimer’s, cancers and heart disease. (Hmm- health problems that today are “on the rise like never before.”)

A large international study of 85 suspect chemicals found that even low doses of comparatively innocuous chemicals might trigger cancers when combined with other chemicals in diet or the living environment. (Source: W.H. Goodson, et al, Assessing the Carcinogenic potential of low-dose Exposures to Chemical Mixtures in the Environment, Carcinogenesis, Oxford Journal, 2015)

Rachel Carson would be shocked to know that, 60 years subsequent to publication of Silent Spring, health authorities and world leaders have never/ever demanded adequate studies or thorough careful analyses of thousands of chemicals drowning the world in toxicity.

Meanwhile, toxic man-made chemicals are routinely found by scientists in birds, whales, seals, polar bears, and other life forms, which have never had contact with humans, as well as spread throughout the global food chain. (Source: Julian Cribb, Surviving the 21st Century, Springer International Publishing, Switzerland, 2017)

Postscript: Rachel Carson dedicated her book, Silent Spring, to Nobel Peace Prize recipient Albert Schweitzer (1875-1965), who said: “Man has lost the capacity to foresee and to forestall. He will end by destroying the earth.” Amen! 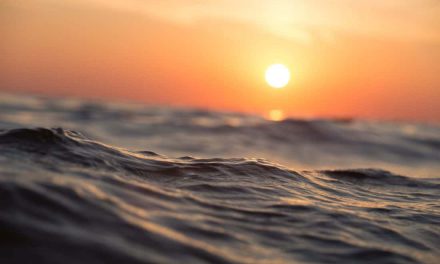