Why Israel Will Continue to Bomb Gaza

On May 4, Israel launched a series of deadly airstrikes on the besieged Gaza Strip, prompting a response from various resistance groups. At least 25 Palestinians were killed and nearly 200 people wounded in the Israeli attacks. Four Israelis were also killed by Palestinian rockets.

The clashes were instigated by Israel, when the Israeli military killed four Palestinians in Gaza on May 3. Two were killed while protesting along the fence separating Gaza from Israel. They were participating in the Great March of Return, a protracted Palestinian non-violent protest demanding an end to the Israeli siege. The other two were killed in an Israeli airstrike that targeted a Hamas post in the central Gaza Strip.

Why did Netanyahu choose such timing to bomb Gaza? It would have made more sense to attack Gaza in the run-up to the general elections. For months prior to the April 9 elections, Netanyahu was repeatedly accused of being soft on Hamas.

Although desperate for votes, Netanyahu refrained from a major operation against Gaza, because of the inherent risk in such attacks, as seen in the botched Israeli incursion into Khan Younis on November 11. Netanyahu could have lost a highly contested election, had he failed.

Following a victory, the soon-to-be longest-serving Israeli Prime Minister has the necessary political capital to launch wars at whim.

Netanyahu is in the final stages of forming a new coalition, yet another government of like-minded far right, religious zealots and ultra-nationalist politicians which, he admits, is not easy.

“It’s not a simple job and there are different aspects – giving out portfolios, control over the state budget and many other challenges,” Netanyahu said at a Likud party meeting on April 30.

If Netanyahu succeeds, he will form his fifth government – 4 of them consecutively. However, his main challenge is to reconcile among the various potential coalition partners.

Netanyahu wishes to include six parties in his new government: his own, the Likud, with 35 seats in the Israeli Knesset (parliament); religious extremist parties: Shas (8 seats), United Torah Judaism (8), Yisrael Beiteinu of ultra-nationalist, Avigdor Lieberman (5), the newly-formed Union of Right-wing Parties (5) and the centrist Kulanu with 4 seats.

“Netanyahu is keen to include all six parties in his government to provide a semblance of stability and prevent a narrow majority that will be at the mercy of a single disgruntled party threatening to quit,” reported the Israeli daily ‘Jerusalem Post’ newspaper.

But how is Netanyahu to maintain peace among vastly different allies and how is that relevant to the bombing of Gaza?

Netanyahu bombed Gaza because it is the only unifying demand among all of his allies. He needed to assure them of his commitment to keep pressure on Palestinian Resistance, of maintaining the siege on Gaza and ensuring the safety of Israel’s southern towns and settlements.

Barring that, there is little that these groups have in common. Lieberman’s Yisrael Beiteinu and the ultra-Orthodox parties barely agree on some fundamental issues. For example, Lieberman has been pushing for a draft law requiring ultra-Orthodox conscription in the Israeli army, vehemently rejected by Netanyahu’s religious allies.

Although the election performance of Lieberman’s party was hardly impressive, his influence goes beyond numbers. Lieberman had resigned his post as a Defense Minister last November in protest of Netanyahu’s supposed “capitulation to terror”, but he has formed a strong alliance with Israel’s southern towns bordering the besieged Gaza Strip.

For years, Lieberman has expressed solidarity with them and, in return, has manipulated this whenever he wishes to pressure or challenge the Prime Minister.

Lieberman has exploited the notion among residents and settlers in southern Israel and the Occupied West Bank that they are being treated unfairly compared to their compatriots elsewhere.

Following a truce between Israel and Gaza factions last November, for example, hundreds of settlers protested their “second class status”, demanding greater government support to protect their “security” against Gaza. Interestingly, these border towns have been at the center of a significant economic and demographic growth over the last few years, which has been stimulated by the Israeli government’s investments in the area.

Seeing themselves as the heirs to the Zionist founders of Israel, residents of these towns believe that they are the defenders of the Zionist vision.

Despite their incessant complaints, southern Israeli communities have seen constant growth in economic opportunity, thus population. This fact has placed these areas at the center of Israeli politicians’ radar, all trying to win favor with their leaders and obtain the support of their vastly expanding economic sectors.

This recent electoral strength has made the demands and expectations of Israeli southern community leaders a focal point in mainstream Israeli politics.

Therefore, it is unsurprising that one of the conditions placed by Lieberman to join Netanyahu’s coalition is theintensification of the Israeli siege on Gaza and the liquidation of the Gaza resistance.

Although Benny Gantz, the leader of the centrist Blue and White Party, has lost the elections, he wishes to stay relevant in mainstream politics by appeasing to Jewish settlers and residents of southern Israel. During the Israeli army’s attack on Gaza on May 4, Gantz joined the chorus calling for more Palestinian blood.

“We must strike hard, in an uncompromising manner, in any way the army will recommend, with military and intelligence considerations,” he told Israeli Channel 13. “We must restore the deterrence that has been eroded catastrophically for more than a year.”

Following the death of 4 Israelis as a result of Gaza rockets, Israeli politicians jockeyed to show support for southern residents, demanding yet more violence. The euphoria of support inspired the mayor of Sderot, Alon Davidi, to callfor the invasion of Gaza.

The latest attack on Gaza was meant to serve the interests of all of Netanyahu’s possible coalition partners. Alas, although a truce has been declared, more Israeli violence should be expected once the coalition is formed because, in order for Netanyahu to keep his partners happy, he would need to persistently keep pounding Gaza.

– Ramzy Baroud is a journalist, author and editor of Palestine Chronicle. His latest book is The Last Earth: A Palestinian Story (Pluto Press, 2018). He earned a Ph.D. in Palestine Studies from the University of Exeter, and is a former Non-Resident Scholar at Orfalea Center for Global and International Studies, UCSB. 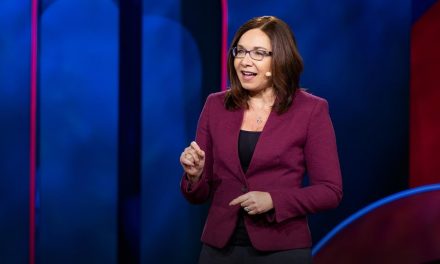 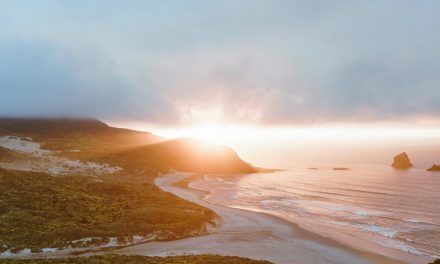