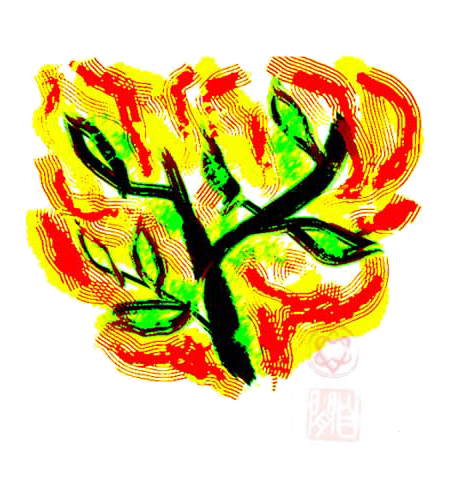 For much of my life, I thought our species would soon go extinct. I assumed we might last another hundred years if we were lucky.  Now I suspect we are facing extinction in the near future. Can I speculate as to exactly when that might happen?  Of course not.  My sense of this is based only on probability.  It might be similar to hearing about a diagnosis of late stage pancreatic cancer.  Is it definite that the person is going to die soon?  No, not definite.  Is it highly probable?  Yes, one would be wise to face the likelihood and put one’s affairs in order.

First, let’s look at climate data. Over the past decade I have been studying climate chaos by reading scientific papers and listening to climate lectures accessible to a layperson. There is no good news to be found there. We have burned so much carbon into the atmosphere that the CO2levels are higher than they have been for the past three million years.  In the last decade our carbon emission levels are the highest in history, and we have not yet experienced their full impact.  If we were to stop emitting carbon dioxide tomorrow, we are still on track for much higher heat for at least ten years.  And we are certainly not stopping our emissions by tomorrow.

This blanket of carbon in the atmosphere has triggered, and will trigger, further runaway warming systems that are not under our control, the most deadly of which is the release of methane gases that have been trapped for eons under arctic ice and what is now euphemistically known as permafrost (much of it is no longer permanent frost).

Methane is a far more powerful greenhouse gas than carbon, and much faster acting. In the first twenty years after its release into the atmosphere, it is 86 times more potent than carbon dioxide. Whereas the full effect of heat from a carbon dioxide molecule takes ten years, peak warming from a methane molecule occurs in a matter of months.

The Arctic and Antarctic icecaps are melting at rates far faster than even the most alarming predictions, and methane is pouring out of these regions, bubbling out of Arctic lakes, and hissing out of seas and soils worldwide. Some scientists fear a methane “burp” of billions of tons when a full melt of the summer arctic ice occurs, something that has not happened for the past four million years.  Should such a sudden large release of methane occur, the earth’s warming would rapidly accelerate within months. This alone could be the extinction event.

The Arctic summer ice is currently two thirds less than it was as recently as the 1970s, and the arctic is warming so fast that a full summer melt is likely within the next five years. The continent of Antarctica is also rapidly melting at an acceleration of 280% in the last forty years. The massive ice melts that are happening there, such as the breaking off the Larsen B ice shelf defied scientific predictions; the ice shelf known as Larsen C, which broke off in July of 2017, was 2,200 square miles in size.

The Arctic ice has been the coolant for the northern part of the planet and it impacts worldwide climate as well. Its white surface also reflects back into space much of the heat from the sun, as does the Antarctic ice. As the ice melts, the dark ocean absorbs the heat and the warming ocean more quickly melts the remaining ice. Over the past three decades, the oldest and thickest of the Arctic sea ice has declined by a whopping 95%, according to the National Oceanic and Atmospheric Administration’s 2018 annual Arctic report.

The U.S., Russia, and China are now vying for hegemony of the Arctic region in order to get at the massive reserves of oil that exist there and will be accessible as the ice melts.  Aside from the real possibility of military conflagrations over control of the region, moving tankers through and drilling in this sensitive eco-system would cause the dual destructions of rapidly deteriorating whatever ice is left, thereby speeding up the release of methane; and then burning all that stored carbon of newly found oil reserves into the atmosphere. For instance, Russia has recently launched a floating barge on which two nuclear reactors will be wired into its infrastructure to power gas and oil platforms in remote regions of the Arctic.

These and all the other warming feedback loops are now on an exponential trajectory and becoming self-amplifying, potentially leading to a “hothouse earth” independent of the carbon emissions that have triggered them.  Each day, the extra heat that is trapped near our planet is equivalent to four hundred thousand Hiroshima bombs. There are no known technologies that can be deployed at world scale to reverse the warming, and many climate scientists feel that the window for doing so is already closed, that we have passed the tipping point and the heat is on “runaway” no matter what we do.

We are now in the midst of the sixth mass extinction with about 150 plant and animal species going extinct per day.  Despite the phrase “the sixth extinction” making its way into mainstream awareness via the publication of Elizabeth Kolbert’s Pulitzer-prize-winning book of that title, most people still don’t realize that we humans are also on the list.

Some of the consequences we face are mass die-offs due to widespread drought, flooding, fires, forest mortality, runaway diseases, and dying ocean life—all of which we now see in preview.  A few of these consequences could even result in the annihilation of all complex life on earth in a quick hurry: the use of nuclear weapons, for instance, as societies and governments become more desperate for resources; or the meltdown of the 450 nuclear reactors, which will likely become impossible to maintain as industrial civilization breaks down.  Since 2011, when a tsunami struck the northeast coast of Japan and caused a near meltdown of three nuclear reactors at the Fukushima Daiichi power plant, it has taken more than 42,000 gallons of fresh water per day to keep the reactors cooled.  Keeping the radioactive elements contained requires dangerous jobs for the workers and building a new steel water tank every four days to store the spent radioactive water.

If we were to make it through this gauntlet of threats, we would still be facing starvation.  Grains, the basis of the world’s food supply, are reduced on average by 6% for every one degree Celsius rise above pre-industrial norms.  We are now about one degree Celsius above and climbing fast; the oceans are warming twice as fast and have absorbed a staggering 93% of the warming for us so far.  If that were not the case, the average land temperatures would be a toasty 36 degrees Celsius (97 degrees Fahrenheit) above what they are now. Of course, there is a huge cost for ocean warming in the form of dying coral reefs, plankton loss, ocean acidification, unprecedented storms, and increased water vapor, which is yet another greenhouse blanket holding heat in the atmosphere.

As I became aware of these facts and many hundreds like them, I also marveled at how oblivious most people are to the coming catastrophes. There has never been a greater news story than that of humans facing full extinction, and yet extinction is rarely mentioned on the evening news, cable channels, or on the front pages of blogs and newspapers. It is as though the world’s astronomers were telling us that an asteroid is heading our way and will make a direct hit destined to wipe out all of life to which the public responds by remaining fascinated with sporting events, social media, the latest political scandals, and celebrity gossip.

However, beginning about six years ago, a few books and other sources of information began to address the chances of full extinction of all complex life, and these became my refuge, even though the information was the most horrific I had ever imagined.

For decades, I had sensed that things were dramatically worsening, the rate of destruction increasing.  As a journalist from 1982 to 1994, I specialized in social and environmental issues. I had written about global warming, the phrase we used in those days, numerous times in the 1980s, but because it seemed a far-off threat, we could intellectually discuss it without fear of it affecting our own lives in terribly significant ways. As time marched on, I began to awaken to how fast the climate was changing and how negative its impacts.  It became a strange relief to read and listen to the truth of the situation from people who were studying the hard data as it affirmed my instincts and threw a light on what had been shadowy forebodings, dancing like ghosts in my awareness.  It is an ongoing study that has taken me through a powerful internal process–emotional and cathartic–one that I felt might be helpful to share with those who have woken to this dark knowledge or are in the process of waking to it, just as I, over time, found comfort in the reflections of the small yet increasing number of comrades with whom I share this journey.

Because the subject is so tragic and because it can scare or anger people, this is not an essay I ever wanted to write; it is one I would have wanted to read along the way.  But the words on these pages are meant only for those who are ready for them. I offer no hope or solutions for our continuation, only companionship and empathy to you, the reader, who either knows or suspects that there is no hope or solutions to be found. What we now need to find is courage. 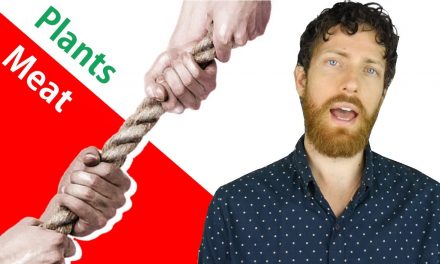 Climate Grief: How We Mourn a Changing Planet