This Is Not the Sixth Extinction. It’s the First Extermination Event. 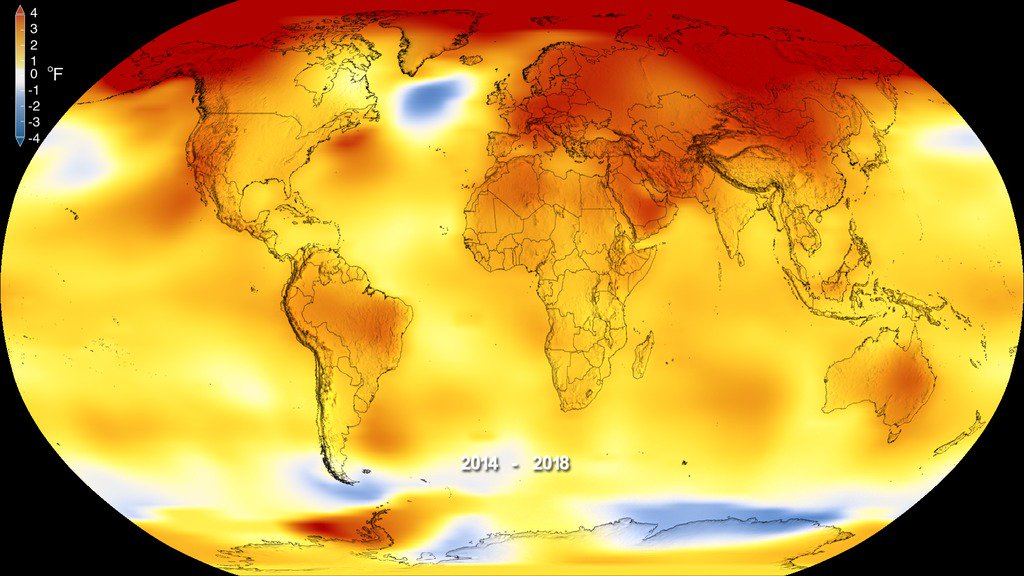 What we are witnessing is not a passive geological event but extermination by capitalism. NASA'S SCIENTIFIC VISUALIZATION STUDIO

From the “insect apocalypse” to the “biological annihilation” of 60 percent of all wild animals in the past 50 years, life is careening across every planetary boundary that might stop it from experiencing a “Great Dying” once more.

But the atrocity unfolding in the Amazon, and across the Earth, has no geological analogue — to call it the “sixth extinction event” is to make what is an active, organized eradication sound like some kind of passive accident. This is no asteroid or volcanic eruption or slow accumulation of oxygen in the atmosphere due to cyanobacteria photosynthesis.

We are in the midst of the First Extermination Event, the process by which capital has pushed the Earth to the brink of the Necrocene, the age of the new necrotic death.

For some 500 years, capitalism’s logic of eco-genocidal accumulation has presided over both the physical eradication of human and non-human life and the cultural eradication of the languages, traditions and collective knowledge that constitute life’s diversity. It necrotizes the planetary biosphere, leaving behind only decay. It burns the practically unrecoverable library of life and eradicates its future masterpieces simultaneously. It inflicts not just physical destruction, but psychological grief and trauma as people witness their lands go under the sea, get immolated by fire, and drown in mud. The First Extermination Event has now produced such a nightmarish world that even temperature maps scream in agony.

The specter of the First Extermination might haunt us all but it does so with stark disparities, mapping the geography of capital’s historical inequities.

Small island states formulate plans to relocate their populations already existentially threatened by rising sea levels. Extreme weather events like Hurricanes Katrina and Maria disproportionately affect low-income and communities of color, producing far higher causality rates comparative to other disasters of their magnitude and whose effects are often doubly disastrous, as nearly half of these communities live in proximity to toxic “sacrifice zones.” Droughts and famines, such as in Syria and Yemen, exacerbate conflicts and force mass migrations of people — the vast majority women and children — while eco-fascists mobilize the affective politics of grievance to turn capitalism’s “climate emergency” to their own advantage, sloganeering about “trees before refugees” while calling for mass murder.

The specter of the First Extermination might haunt us all but it does so with stark disparities.

Yet, most popular discussion of the sixth extinction still indulges in sweeping catastrophist pronouncements about “humanity” writ large, often failing even to mention the word “capitalism,” much less account for its centrality to the historical production of mass extinction.

Environmental historian Jason W. Moore’s work has shown that capitalism is not merely an economic system, but a world-ecology searching to exploit “cheap natures,” a process that must perpetually reassemble life to penetrate more and more frontiers of potential profit. Capital must reproduce its means of production through its perpetual destruction.

The fundamental importance of the search for cheap nature and unpaid labor to historical capitalist development has been well explored by scholars. It was not the industrial revolution and its production of the “doubly free” wage laborer, but racialized enslavement, mass witch-hunts, and destruction of Indigenous peoples and ecologies that produced the conditions for capital to thrive.

Through to the present, accumulation of capital has proceeded by the violent dispossession or outright murder of peoples, followed by the necrotic extraction of resources that destroys its local ecology for the sake of accumulation. The cumulative results of this process, replicated across the globe, have come to affect deep-time transformations to life at the planetary scale through its very erasure.

Most popular discussion of the sixth extinction still indulges in sweeping catastrophist pronouncements about “humanity” writ large, often failing even to mention the word “capitalism.”

This is how capital capitalizes on its own catastrophes, sustaining the production of “life” under its aegis every day and accelerating the death of life across the Earth. This is no “creative destruction”; it is simply self-annihilation.

It is for this reason that global attention has turned to the Amazon this year. Perhaps the fires will consume the last vestiges of the fantasy of an ossified international liberal order capable of stopping this planetary crisis.

A ghoulish faction of petty autocrats takes stage for the final act, exemplars of kakistocratic decadence and the apotheosis of a toxic sludge of decaying neoliberalism, climate catastrophe, white supremacy and conspiratorial gibberish. President Trump and Brazilian President Jair Bolsonaro are caricatures of the First Extermination Event. History’s tragedy now runs concurrent with its farce — the smirk of the tabloid huckster, the new face of the banality of evil. But truly, they are two sides of the same coin.

“Green” capital is simply the fetishized, phantom-like objectivity of capital’s absolute necrosis. It is not a contradictory attempt to “sustainably” square the circle of endless accumulation, or “save capitalism from itself”; rather, it is another form of accumulation that sees the destruction capital wreaks as an opportunity for further profit. Branding itself as a solution to this destruction, it further incentivizes its continuation by existing only as another option for accumulation when other avenues are closed off. It would cease to exist without the necrotic entropy to which it owes its reason for being.

As its monstrous appetite begins to consume the people who previously benefited from its machinations, capital must seek to confuse, turn incoherent, become conspiratorial, point toward ethno-cultural “regeneration” through violence, and catabolically eat its body piece by piece in order to survive.

Like a hostage-taker with a bomb strapped to its chest, capital demands our acquiescence or it will hit the self-destruct button on Spaceship Earth. But its threats are hollow — capital is not greater than life; it will never subsume it entirely under its will. It might dream of Mars and Nanobots for new frontiers of commodification, but all it has left to hawk are bunkers.

Focusing on a dystopic future allows the privileged to ignore the dystopic horror that already exists today for a great many people on this planet.

The indulgence of a fashionable posture of “apocalyptic chic,” the lamentation of learning “how to die in the Anthropocene,” or other such maudlin navel-gazing elegies for “civilization” (which means “Western civilization” because, of course, its collapse is all that matters) — all this kind of literature on our ecological crisis is the greatest victory for the ideology of necrotic capital today.

Focusing on a dystopic future allows the privileged to ignore the dystopic horror that already exists today for a great many people on this planet. As philosopher and environmental activist Kyle Powys Whyte writes, many Indigenous peoples have long lived in a dystopian “Anthropocene” — it is here, now, yesterday. They have also long fought an existential war against it.

The great historical struggle against capital’s First Extermination has been, and remains, the struggle for land and the rights of the commons. Indigenous nations account for less than 5 percent of the global population while protecting 80 percent of its biodiversity. Indigenous Water and Land Protectors, whose campaigns are often led by women, face a far higher rate of assassinations and state violence compared to non-Indigenous activists in the Global North. From the Lenca people’s victory in halting the Agua Zarca hydrodam on the Rio Gualcarque, to the Lumad’s fight in the Philippines against the expulsion from their ancestral homes for mining, Indigenous peoples are on the front lines of the war against necrotic capital.

It is their struggles that created the theory and praxis of fighting the First Extermination Event. Any “Extinction Rebellion” must follow their lead.

9 Easy Ways You Can Protect the Oceans