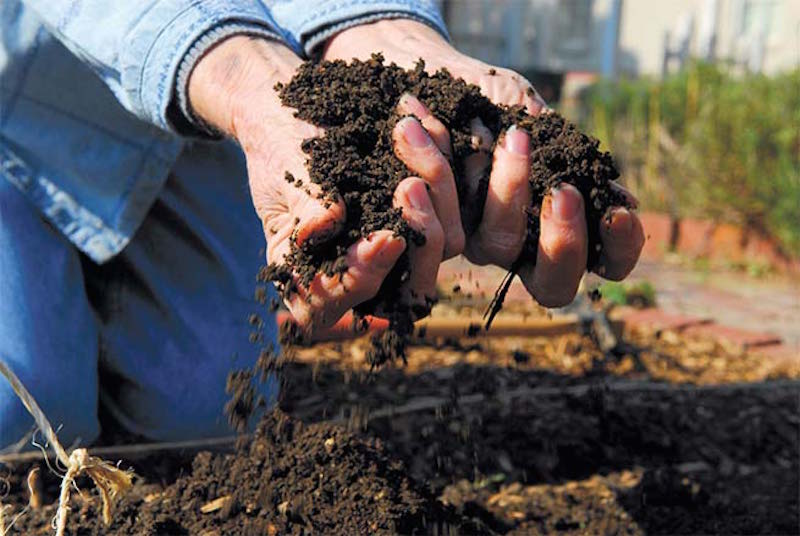 Our current system of food production involves monoculture, the tilling of soil, and the adding of biology-destroying chemical crutches. This destructive dis-empowering process is slowly decreasing the Earth’s health, and our health along with it. We need to be more expansive on our view of health – without our natural world thriving, then we have no chance.

400 years ago our soil had mega biodiversity with a very healthy ecosystem, smaller rotational farming practices that integrated crops and animals kept the soil healthy, and the food nutritious. The current industrial large scale monoculture methods that require large chemical inputs is destroying the Earth’s ability to provide for the population. Bringing up animals in confinement and feedlots is destructive for the environment and cruel for the animal.  Tilling or breaking up the soil destroys the spore space in the soil which is essential for biological life and water infiltration. The biodiversity is negatively affected. The result is massive nutrient runoff (into waterways and the ocean creating an imbalance and literal dead zones), which creates the need for more synthetic fertiliser to be added, requiring more fossil fuels, which in turn destroys the natural biology further. A vicious negative cycle that our society has to break.

The loss of biodiversity is recorded all over the globe. In North Dakota, USA, the topsoil has reduced by 50-70% in less than 60 years (1960, 34 inches of topsoil and 8% organic matter; 2014, 15 inches topsoil and less than 3% organic matter). The soil functions based on its biology, the plants get the nutrients from the biology, and when this whole process is upset, then human added chemicals further destroy nature’s process. When synthetic fertilisers are used, more weeds are created; to deal with more weeds herbicides are added. The chelate within the herbicides binds metals like magnesium, manganese, iron, zinc, and copper, meaning the plant can’t uptake these making them more prone to disease (the plants then contain less nutrition for us). To assist the weakened plant, fungicides are added – further degrading the natural soil biology; and pesticides are added – destroying predator insects that take care of the pests. It has been stated by Jonathon Lundgren (research entomologist at USDA’s agricultural research service) that for every insect species that’s a pest, there are 1700 that are beneficial – our chemical warfare farming methods are more destructive than we understand. Our current production models are all about killing – we are killing weeds, pests, and ultimately biological diversity. This has a massive effect on our overall wellness and health. It is widely reported that the nutrient density in our foods has decreased by 15-65% (depending on where on the Earth) in the last 50 years. The USA spends more on the health of its population than anywhere on earth ($10,224 per person per year in 2017, compared to around $4000 in NZ), yet the US leads the world in the diagnosis of cancer, heart disease, parkinsons, Alzheimers, ADHD, auto-immune diseases, and osteoporosis.  Rather than spending billions on research to try and prevent disease with genetic mapping, we need to fix the major contributing issue from the ground up.

We need to return to nature’s way. We all know we feel better in nature. Nature, the natural world lifts our souls, and allows us to thrive – isn’t it time we helped mother nature and returned the soil; the life force beneath our feet, to its former life giving, life thriving glory?

Save our soil and save our planet……natures way is the original conventional model:

We have a fast growing population (even before fixing our sick soil, we need to discuss population control- talk to our kids about no more than 2 children until we get things under control) and the triple threat of 1 billion people starving, 2 billion eating themselves to obesity-related illness, and environmental destruction with complete unbalance of our natural world (10,000 years ago the mammalian biomass was 99% wild animal and 1% human and livestock – now it’s 4% wild animal and 96% human and livestock). The problem of sorting out our food systems can’t wait. We are called to “drastically change” the way we live by the IPCC report of 2018; changing the way we produce food is a huge piece in the jigsaw. I’ve heard so many big industry capitalists tell me that we have to grow industrial mono-crops, and raise animals with cramped industrial methods to feed the world when in fact over 500 million smallholder farmers produce more than 70% of the world’s food – yet these food production hero’s that are attempting to cling to more nature enhancing, less environmentally destructive methods are the most affected by poverty, and the most marginalized from legislation.

When we have healthy soil, we have cleaner air, water, better more efficient water use, healthy nutritious plants, healthy animals and healthy well people. We need to focus on feeding the natural biology of the soil by promoting a wide variety of insects including the predators to naturally take care of the pests. It’s about empowering nature to take care of problems with biological means, not man-made chemical means. If we follow and encourage the principles of nature we can feed the world, save the world, and save ourselves. I’ll leave the last words to Mr. Franklin Roosevelt: “A nation that destroys its soil destroys itself.”

Regeneration of Our Land : A Producers Perspective, Gabe Brown TEDxGrandForks

“The Rapid Decline of the Natural World is a crisis even bigger than climate change” by John Vidal March (environmental editor of Guardian for 27 years) 2019, Huffington Post

“Rosie Bosworth: Are Dairy and meat on the way out?” by Newstalk ZB 19 Jan 2020 – radio interview

The Impact of Animal Farming on the Planet: Interview with Dr Sailesh Rao