Greta Thunberg Is Right to Panic 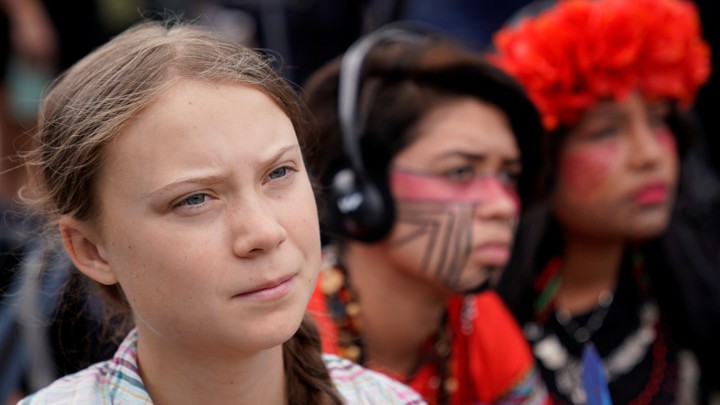 Written by Franklin Foer / The Atlantic

The teenage climate-change activist has taken on anxieties far beyond her years. Adults should listen.

I used to think that one of the gifts of growing older was that anxiety slowly abated with time. When the mind gravitates to the worst-case scenario, the years suggest that it rarely arrives. Experience teaches the brain to stave off its tendency to catastrophize. This is the wisdom that a parent whispers into a child’s ear after a nightmare. Everything will be all right.

Sixteen-year-old Greta Thunberg, the Scandinavian climate activist in fleece and braids, decries this adult capacity to self-soothe. Grown-ups claim to have a monopoly on realism—to possess a superior capacity for assessing risk—but it’s precisely that supposed realism that has led them to delusion. With their rationalizations, and their armor against anxiety, they have failed to grasp the greatest threat of them all, the warming of the planet. Although Thunberg’s voice remains a jarring monotone, her words betray her anger: “Adults keep saying we owe it to the young people to give them hope. But I don’t want your hope, I don’t want you to be hopeful. I want you to panic, I want you to feel the fear I feel every day.”

I know the tendency she decries. When I think about climate change, my mind loops in the direction of hope. It generates a thousand reasons to feel reassured. Humans have an incredible capacity to innovate and to band together in the face of crisis, I tell myself—and then order another hamburger.

When Thunberg addressed panels at the United Nations and lectured European parliaments, the inversion of roles was striking. The child—she looks younger than 16—has assumed the authoritative posture of the adult. But she’s not an understanding New Age parent, trained in the Dr. Spock school of bighearted moms and dads. Thunberg is a severe and unforgiving moralist. “You can’t just sit around waiting for hope to come. You’re acting like spoiled irresponsible children,” she told the European Economic and Social Committee. She ordered her audience to do its homework, chastising it for failing to read a United Nations report.

On the eve of Thunberg’s arrival in the United States, I bought a collection of her speeches—No One Is Too Small to Make a Difference—recently published by Penguin. They rank among the most bracing rhetorical pieces of our time. Yet there’s not a single soaring sentence in the anthology. It’s a bit like reading a Barack Obama speech turned inside out. Politicians sprinkle addresses with the aspirational, and usually phony, pronouns us and we. Thunberg relies on the accusatory second person. “You say nothing in life is black or white but that is a lie, a very dangerous lie.” Or “I don’t believe for one second that you will rise to that challenge.” Where politicians and preachers hug the audience, she slaps it. What makes her style so effective and unnerving is that it comes from another age. Her vision of apocalypse is biblical, and so is her moral framework.

In her telling, she cannot help but speak in such unvarnished tones. Her biographical explanation for her raw truth-telling has the trappings of myth. At the age of 11, she fell into the dark hole of depression. “I stopped talking and I stopped eating. In two months I lost about 10 kilos of weight.” She was diagnosed with Asperger’s syndrome and selective mutism. “That basically means I only speak when I think it is necessary,” she says. “Now is one of those moments.”

Beyond biology, what prodded her to begin her Friday school strikes were the students who survived the Parkland massacre, suggesting a pattern that is both inspiring and depressing. Where adult politicians have failed to provide moral leadership, children have been impressed into service. (See also: Malala Yousafzai.) They struggle against the charge that they are someone else’s puppets, the suspicion that in the distance a grayhead pulls the strings. But that cynical charge is both cruel and wildly unpersuasive in Thunberg’s case, given that her planned addresses so unmistakably track the rhythms of her conversational speech.

My 14-year-old daughter has been inspired by Thunberg to strike today, skipping classes to head to protests in downtown Washington, D.C. She has also suffered bouts of anxiety, and I long to build a seawall that can protect her from her fears. But her example, and Thunberg’s doomsaying, have made me realize that my parental desire to calm is the stuff of childish fantasy; anxiety is the mature response. To protect our children, we need to embrace their despair. 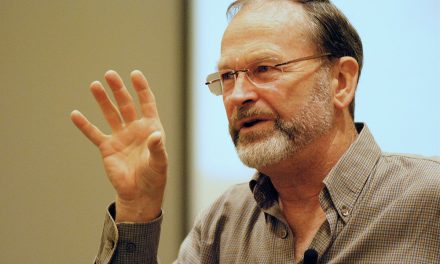