The Doomsday Glacier Lives up to its Billing 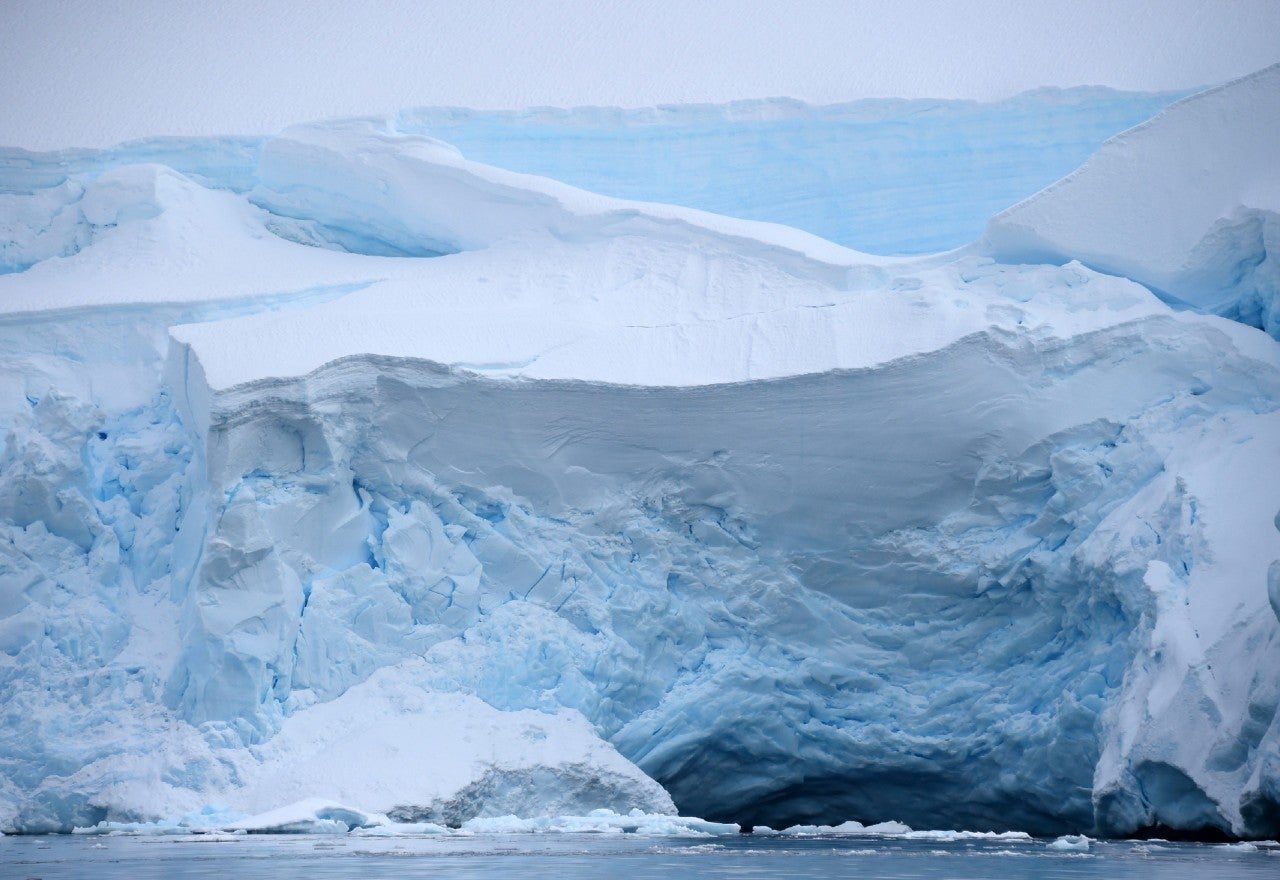 The 21st century serves as an inflection point of acceleration of climate instability caused by human-generated greenhouse gases, as CO2 emissions increase well beyond the rate of the prior century. It’s also a defining timeline of an astonishing ice mass loss rate of 500% more than the last decade of the previous century. Throughout human history, this has never happened with such far-reaching extent so rapidly.

The proof is found in the numbers. For example, Greenland and Antarctica combined ice mass loss is truly an eye-opener: “The assessment is supported by NASA and the European Space Agency… The team calculated that the two ice sheets together lost 81 billion tons per year in the 1990s compared with 475 billion tons of ice per year in the 2010s—a sixfold increase.” (Source: Greenland, Antarctica Melting Six Times Faster Than in the 1990s, Global Climate Change, NASA, March 16, 2020)

In all honesty, this article should end right here as 475 billion tons of ice mass loss per annum versus 81 billion tons per annum within only two decades is so riveting and daunting and over the top that nothing more needs to be said. But, there is more….

That troubling signal is only a starting point of much bigger trouble down the road. Recent research conducted in West Antarctica has exposed a whole new ballgame, the prospect of collapsing glaciers, in toto, big glaciers, and big meltdowns, unbelievable but yet distinctly possible and yet largely ignored by every major country. If it were otherwise, countries would be flip-flopping fossil fuels to renewables and installing mirrored technology to reflect solar radiation back to outer space, for example, contact: Dr. Ye Tao at Harvard University:

Antarctica’s Thwaites Glacier (100 miles across by 4,000 feet deep), aka: The Doomsday Glacier, labeled “A Climate Time Bomb” by research scientists is an ice shelf in West Antarctica that’s nestled next door to the equally notorious Pine Island Glacier.

A new discovery at Thwaites is bone chilling and nearly impossible to fathom. Thwaites is melting at key points that anchor it to land. The consequences of total release would be/will likely be earth shattering as, and when, the 74,000 square mile ice block breaks lose, but even more earth shattering yet, it could take down the entire West Antarctica Ice Sheet. That’s 10+ feet of sea level rise!

How soon? Stay tuned for updates.

But, seriously, how could anybody know for sure when it’ll completely collapse? Guesstimates may be forthcoming. Will it be decades or less or more or much more? It’s worth noting that climate models have been way too conservative, many estimates by climate scientists have already proven to be off the mark by decades. Climate system scientist Paul Beckwith, University of Ottawa, says global warming has advanced so unexpectedly, so rapidly that “2030 is the new 2100.” The implications of that are simply too much to contemplate.

Significantly, new research techniques employed at Thwaites are leading to much better scientific analyses than ever before. The techniques have given scientists the best-ever look at what’s happening under the massive ice sheet, providing reams of new data that will take time and additional research to properly analyze.

A robotic submarine named Ran, after the Norse goddess of the sea, is exploring the underneath side of the glacier, measuring the strength, temperature, oxygen content, and salinity of the ocean currents flowing beneath the glacier. Simultaneously, ship sonar from above enables high-resolution ocean mapping of the cavity floor. As a result, scientists have already spotted three main inflows of water that warm the underneath connections of the glacier to land. The upshot is for the first time ever scientists have the capability of more precise data to model the dynamics of the glacier. This is important in helping to clarify the uncertainty throughout the world about the prospects of global sea levels.

According to the initial reports by the scientific team: “Our observations show warm water impinging from all sides on pinning points critical to ice-shelf stability, a scenario that may lead to unpinning and retreat,” according to the study published April 9th in the journal Scientific Advances. In other words, the entire ice-shelf could detach and then flow into the ocean. (Source: Antarctica’s ‘Doomsday Glacier’ Close to Tipping Point, Unmanned Sub Reveals, LiveScience, April 14, 2021)

Thwaites is only one-half of a bigger potential problem on a scale that people would rather not think about. Recently, researchers published an article about neighboring Pine Island Glacier surpassing a tipping point because of warming waters, similar to the dilemma surrounding the surprisingly advanced stage of deterioration found at Thwaites. (Source: The Tipping Points and Early Warning Indicators for Pine Island Glacier, West Antarctica, European Geosciences Union, The Cryosphere, March 25, 2021).

It’s difficult, in fact almost impossible, to imagine the consequences of actual complete glacier collapse(s) especially since it’s never happened on such a scale throughout human history. The referenced article in Cryosphere gives a generalized viewpoint: “Mass loss from the Antarctic Ice Sheet is the main source of uncertainty in projections of future sea-level rise, with important implications for coastal regions worldwide. Central to ongoing and future changes is the marine ice sheet instability: once a critical threshold, or tipping point, is crossed, ice internal dynamics can drive a self-sustaining retreat committing a glacier to irreversible, rapid and substantial ice loss,” Ibid.

Thereupon, it’s not exactly rocket science to figure out the meaning of “rapid and substantial ice loss.” As such, it’s probably not too early for every major coastal city in the world to start formulating plans to build sea walls. Already, low-lying areas like Miami Beach are raising streets by 2-to-3 feet (a photo can be seen at: “Miami Beach is Raising Streets by 2 Feet to Combat Rising Seas”).

Meanwhile, CO2 emissions continue setting new record highs by the year and unfortunately, methane emissions, which amplify global warming more so than CO2, are cranking up like never before, thus, locking in ever more global warming as these greenhouse gases blanket the atmosphere and retain heat. More CO2 into the atmosphere equals more heat.

Fossil CO2 emissions are up nearly 40% at 36B tons per year now versus 26B tons at the turn of the century. That’s a whopper of an increase that relentlessly continues increasing. As such, the outlook for some semblance of a stable climate system is decidedly negative. In due course, the repercussions of a whacked-out climate system will shock people beyond their darkest nightmares and catch the world’s political leadership obliviously flat-footed.

By then it’s too late, tipping points cannot be reversed!

Postscript: “The last time the atmospheric CO2 amounts were this high was more than 3 million years ago, when temperature was 2°C–3°C (3.6°F–5.4°F) higher than during the pre-industrial era, and sea level was 15–25 meters (50–80 feet) higher than today.” (National Oceanic and Atmospheric Administration, NOAA, Climate.gov August 14, 2020) Logical question: What about sea level 50-80 feet higher back then with CO2 the same as today’s CO2? Answer: The normal time lag between increasing atmospheric CO2 and increasing temps leading to rising sea levels is one decade, or more.

A Next-Generation Plastic That Can Be Recycled Again and Again