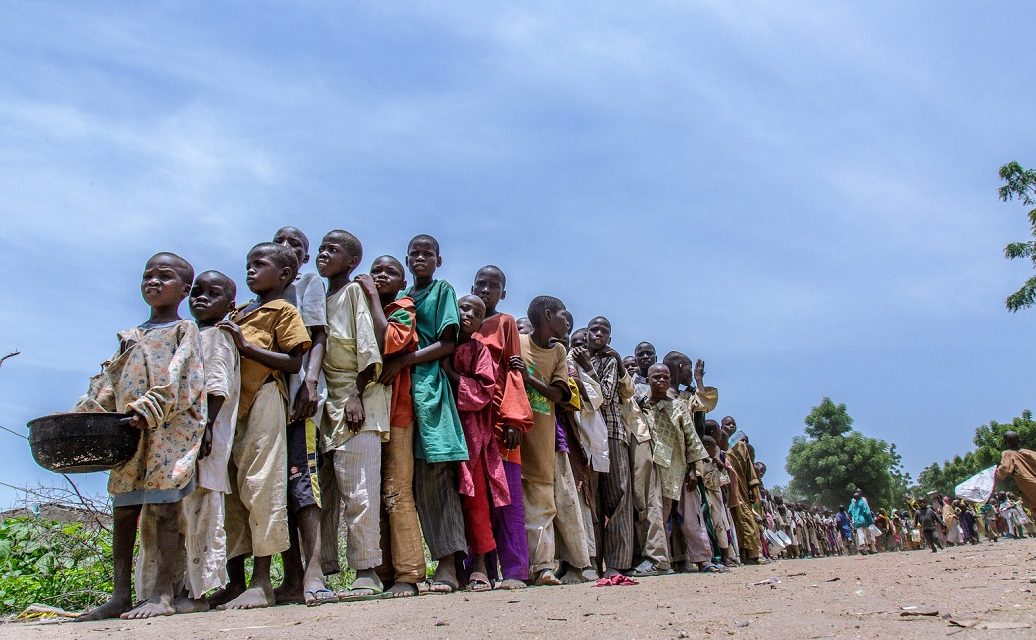 On the 26th of March 2020, as NZ went into Level 4 COVID-19 lock-down, many Christians posted a quote from the book of Isaiah, verse 26, Chapter 20 – “Go, my people, enter your chambers, and shut the doors behind you; hide yourselves for a little while until the fury has passed by” (English Standard Version). The New King James Version reads “……until the indignation is past.” I prefer indignation as this means an anger or annoyance by what is perceived as unfair treatment. Our societies have treated our poor, our natural world, and the world’s animal kingdom “unfairly” and WE have created the environment for this virus to be created and to spread.

So many Christians insinuated that “God is angry with the way we are living.” I would disagree. If you want to simplify and personify the beautiful, loving force that connects all and everything into a father figure; then I would suggest he is not angry – he is bitterly disappointed. Just like the loving father that gave you responsibility with his shiny brand-new car. Then as an overconfident, cocky teenager that knows everything, you took it out for a spin and rolled it, accelerating out of a corner not able to handle the power. Before Christians take a quote out of context, and start suggesting God is angry so has sent the world to their room to reconcile their belief system – how about reading a little about the prophet Isaiah and what the overarching message was and still is to ALL of us.

Over 2,500 years ago, the Hebrew prophets walked the earth in an era that is similar to our current state. A growing gap between the rich and poor was creating unnecessary suffering and political instability in many nations. Mega rich institutions were then and are now failing to protect people from the suffocating power of privileged elites. The political leaders who receive funds from the ruling elite are incapable of averting impending disaster. Isaiah set about giving out wisdom and asking for courage to face our situation, and to take bold action in the face of harmful core beliefs to bring about systemic change.

In the middle of the eighth century BCE, a Judean shepherd named Amos left his flock and set out for Beth El (cultic centre of Israel). Amos had had visions of locusts and fire decimating the land and sea, so he felt compelled to warn society. In another vision, Amos was shown a wall and plumb line, the wall depicting society being upheld with the plumb line of justice and righteousness. If justice is a little “offline,” then society will eventually fall over. Amos was first to try and create a shift in the way society operated in the northern kingdom of Israel. Isaiah and Micah tried to change society in the southern kingdom of Judah at the height of its power. The prophets also called out the judicial system with judges who were easily open to bribes from the wealthy and failed to stand up for the poor and vulnerable. They also challenged the priests in the holy temple who let the suffering of the poor slip down the temple’s list of priorities. Empowered by God’s love for creation and a disdain for injustice to the vulnerable, the prophets confronted the princes and ruling elite, pleading for change. There were around fifteen biblical prophets who, their words matching their action, demanded change. The earlier prophets were Amos, Hosea, Isaiah, and Micah. The second wave consisted of Jeremiah and Ezekiel. The later prophets Haggai, Zechariah, and Malachi attempted to replant the shattered community after the return from Babylon. ALL of the prophets warned that poor treatment of the vulnerable (the poor, women, children, nature, and animals) in society would lead to the collapse of that society.

The historical period of the prophets (740-520 BCE) was a time of social crisis and political instability ultimately leading to the breakdown of Israel and Judah. During these 200 years, the small family run farm lots which were the backbone of Israelite society were losing their hereditary holdings to large rich landowners. Heavy taxes and harsh debtor laws made it easier for wealthy elites to take over the lands of smaller farmers who then became the workers on the land. The King profited from the creation of the larger blocks of land, and by the eighth century BCE a small group of wealthy elites had set themselves above the small family farmers. The prophets, who were consumed with love for creation and a passion for expansive justice, called upon individuals and the entire nation of Israel to “go forth” on a long liberation journey towards a “less oppressive and more just society.” They proclaimed the economic injustice and the oppression of the poor was intolerable. The growing gap between the rich and poor was an “existential crisis.” The response by the rulers and rich elite to the ancient prophets was to ignore the calls for change and hang on to the status quo. They maintained that the current way of doing things was the best way. Unfortunately, this way only allowed a few to flourish while most struggled just to survive.

This is not too different from the way our world is set up today. A report put out by Oxfam in 2018 showed that the 26 richest billionaires have as much wealth at 3.8 billion people who make up the poorest half of our planet’s population. Another study put out by the EAT-Lancet commission on healthy diets and sustainable food systems in 2019 showed we have 1 billion starving, while 2 billion are eating so much in excess that they are overweight to obese. Our global food production, which is a reflection of our eating habits, is the biggest way we are pressuring the Earth, threatening fragile ecosystems and the stability of the whole beautiful life-giving system. As Gandhi stated, we have enough for everyone’s need but not enough for everyone’s greed. If you are interested in more reading on this arc of thought, look up contemporary liberation thinkers such as Paulo Freire, Martin Luther King Jr., and Gustavo Gutierrez. They back up this challenge to our current thinking and give guidance for how we can live in ways that promote human thriving and global wellness post COVID-19.

The simple message the prophets were relaying was God wanted liberation from oppressive societal frameworks that create injustice. There is a calling upon society in the prophet’s time and in our present time “to share your bread with the hungry and to take the wretched poor into care” (Isaiah 58:7). Another verse from Isaiah talks about how the planet “mourns and withers” while the highest people “languish”….the Earth lies “defiled” under its inhabitants (Isaiah 24:4-6) If change wasn’t made, then an oppressive society will inevitably fall over. Endemic injustice in the treatment of each other and our natural world will fester, creating a rot that infiltrates all and everything. If the gap between those that have and those that don’t grows to breaking point, then a cultural and ecological revolution will have to take place.

The War on Venezuela Is Built on Lies