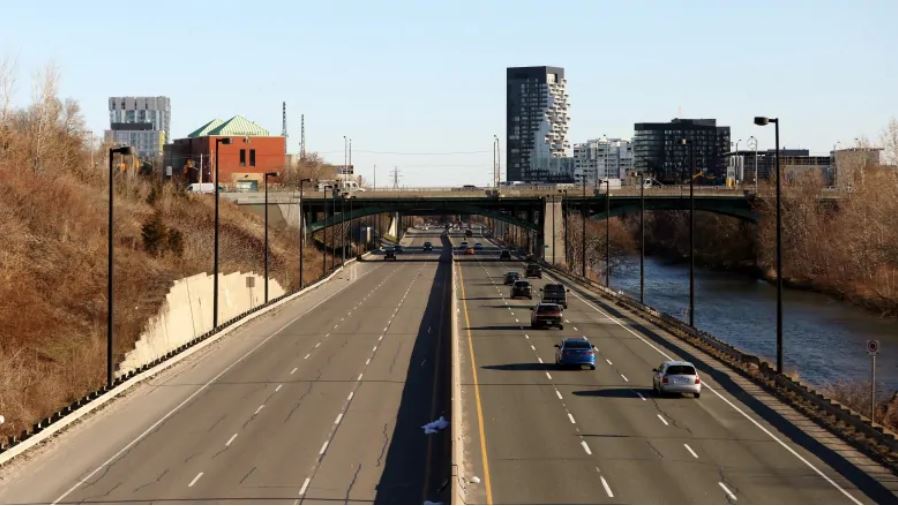 The normally jammed Don Valley Parkway in Toronto is seen during the evening rush on April 2, 2020. (Colin Perkel/The Canadian Press)

The normally traffic-clogged streets of big cities like Toronto, Vancouver and Montreal are empty. Shopping malls are shuttered. Restaurants sit in the dark.

This isn’t just the case across Canada, but across the globe.

Worldwide shutdowns over COVID-19 are having a deep economic impact, but they’re also having an unintended positive outcome: a reduction in carbon dioxide (CO2) emissions.

This may seem like a silver lining in a time of such crisis and uncertainty. Global temperatures have continued to rise, resulting in the current climate crisis, and any reduction of CO2 emissions would seem to be good news. But this decline in emissions won’t mean much when it comes to the big climate change picture. 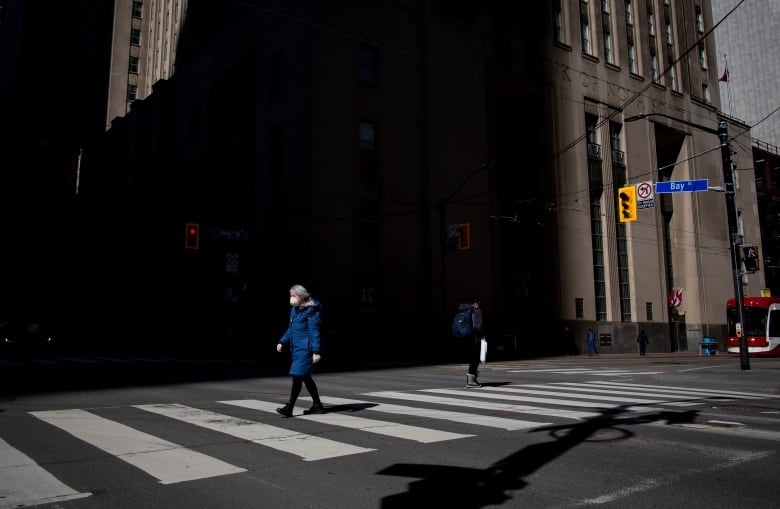 Lockdowns in countries and cities have resulted in fewer cars on the road and a decrease in overall emissions, but it’s unlikely to have lasting effects on climate change, scientists say. (Evan Mitsui/CBC)

A decline in CO2 emissions has been observed in China — an estimated 25 per cent — and similar drops are expected in northern Europe, where countries like Italy have been under lockdown for more than a month. But it’s a drop in the bucket, scientists say.

That’s due to two main factors: one, there’s a difference in CO2 emissions and atmospheric concentrations of CO2; and two, any declines are expected to be short-lived.

Deke Arndt, climate monitoring chief at the National Oceanic and Atmospheric Administration’s (NOAA) National Centers for Environmental Information, is responsible for climate-monitoring analysis. He and his team release NOAA’s annual State of the Climate, a look back at global climate trends. And what he’s seen is a steady rise in global temperatures.

“The warming we see is still trying to catch up to the increased levels of greenhouse gases that are now in the atmosphere. And they will be catching up for many years,” Arndt said. “Short-term variances or short-term departures from the trend, even in the downward sense … don’t reverse what we’ve seen and what we will continue to see for years to come.”

WATCH | Time-lapse of increased CO2 concentrations up to 2019

Katharine Hayhoe, a Canadian climate scientist at Texas Tech University Climate Science Center, stressed that the amount that CO2 emissions decline in this current period will barely be noticeable in the longer term. That’s because of existing CO2 concentrations.

“Atmospheric CO2 is the cumulative effect of all of our emissions over decades to centuries,” she said. “Imagine if you were putting a block on a pile, and you’d been doing that every single month for 300 years, and then you don’t put a block on the pile, and you say, ‘Oh, there’s a big difference in the pile.’ But the naked eye can’t even see that difference. So that’s the difference between concentrations versus emissions.”

Drop likely to be short-lived

Another factor to consider is that the reduction in CO2 emissions is likely to be short-lived — once cities or countries lift their lockdowns, they’re once again open for business, with the potential for industries to ramp up production in an effort to overcome their financial losses.

Indeed, that effect has already been observed in China.

As well, though other parts of the world — including Canada — might see a drop in emissions during lockdowns, it may not be quite as dramatic as what was observed in China.

“I certainly expect global CO2 emissions to go down in 2020. My sense is that emissions will go down a few per cent, but I would add a very large uncertainty around that,” said Glen Peters, research director at Norway’s Center for International Climate Research, in an email.

“The biggest challenge is that we are only one-quarter of the way into the year, and we have to make big assumptions about what happens for the next nine months of the year.”

He added that even if emissions were to go down a whopping 50 per cent, if they go back up to pre-COVID-19 levels, it would have “virtually no effect on climate.”

Hayhoe said she’s also concerned about the impacts the global shutdowns will have on renewable energy.

“The industrial slowdown affected the production of renewable energy technology like batteries and electric cars and solar panels,” Hayhoe said. “Many of the stimulus or bailout packages might focus on industries that currently produce a lot of carbon emissions, and not have any requirement for them to change or alter the fact that they do so.”

Climate scientist Katharine Hayhoe says she’s concerned about what the economic slowdown could mean when it comes to renewable energy production. (Dan McGarvey/CBC)

Some scientists hope that this lockdown might result in businesses changing the way they work, perhaps allowing more people to work from home, resulting in fewer CO2 emissions. But others have concerns.

“The problem is that this has been forced upon people, and potentially in a bad way,” Peters said. “People are forced to work, home-school, not go out, etc., and this may give them a bad experience of working remotely.”

Hayhoe said there are big questions in our future when it comes to changing our way of life and work.