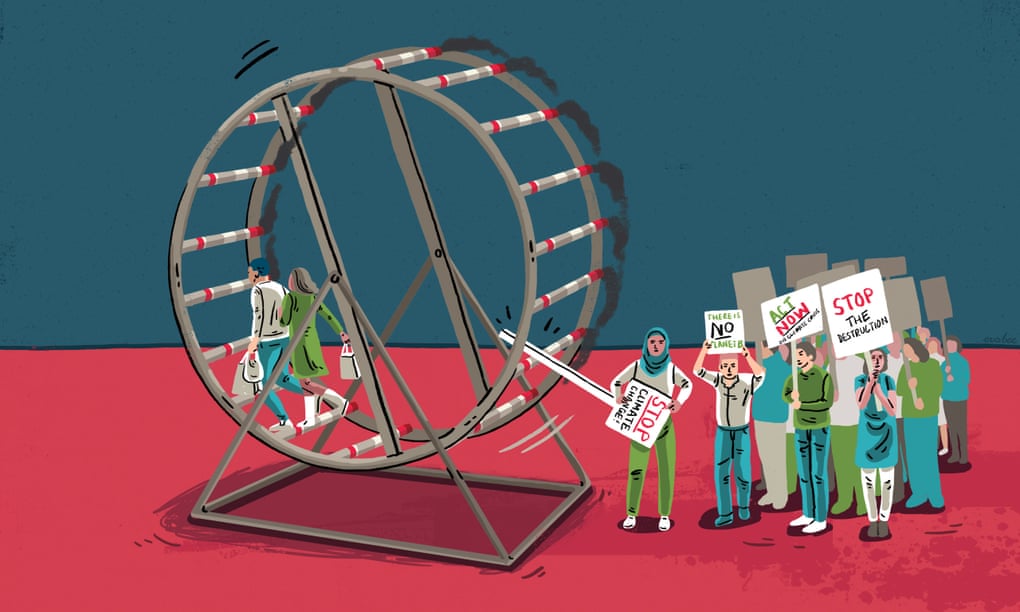 Let’s stop calling this the Sixth Great Extinction. Let’s start calling it what it is: the First Great Extermination. A recent essay by the environmental historian Justin McBrien argues that describing the current eradication of living systems (including human societies) as an extinction event makes this catastrophe sound like a passive accident.

While we are all participants in the First Great Extermination, our responsibility is not evenly shared. The impacts of most of the world’s people are minimal. Even middle-class people in the rich world, whose effects are significant, are guided by a system of thought and action shaped in large part by corporations.

The Guardian’s new Polluters series reveals that just 20 fossil fuel companies, some owned by states, some by shareholders, have produced 35% of the carbon dioxide and methane released by human activities since 1965. This was the year in which the president of the American Petroleum Institute told his members that the carbon dioxide they produced could cause “marked changes in climate” by the year 2000. They knew what they were doing.

Even as their own scientists warned that the continued extraction of fossil fuels could cause “catastrophic” consequences, the oil companies poured billions of dollars into thwarting government action. They funded think tanks and paid retired scientists and fake grassroots organisations to pour doubt and scorn on climate science. They sponsored politicians, particularly in the US Congress, to block international attempts to curtail greenhouse gas emissions. They invested heavily in greenwashing their public image.

These efforts continue today, with advertisements by Shell and Exxon which create the misleading impression that they’re switching from fossil fuels to renewable energy. In reality, Shell’s annual report reveals that it invested $25 billion in oil and gas last year. But it provides no figure for its much-trumpeted investments in low carbon technologies. Nor was the company able to do so when I challenged it.

A paper published in Nature shows that we have little chance of preventing more than 1.5°C of global heating unless existing fossil fuel infrastructure is retired. Instead, the fossil fuel industry intends to accelerate production, spending nearly $5 trillion in the next 10 years on developing new reserves. It is committed to ecocide.

But the biggest and most successful lie it tells is this: that the First Great Extermination is a matter of consumer choice. In response to the Guardian’s questions, some of the oil companies argued that they are not responsible for our decisions to use their products. But we are embedded in a system of their creation, a political, economic and physical infrastructure that creates an illusion of choice while, in reality, closing it down.

We are guided by an ideology so familiar and pervasive that we do not even recognise it as an ideology. It is called consumerism. It has been crafted with the help of skilful advertisers and marketers, by corporate celebrity culture, and by a media that casts us as the recipients of goods and services rather than the creators of political reality. It is locked in by transport, town planning and energy systems that make good choices all but impossible. It spreads like a stain through political systems, which have been systematically captured by lobbying and campaign finance, until political leaders cease to represent us, and work instead for the pollutocrats who fund them.

Within such a system, individual choices are lost in the noise. Attempts to organise boycotts are notoriously difficult, and tend to work only when there is a narrow and immediate aim. The ideology of consumerism is highly effective at shifting blame: witness the current ranting in the billionaire press about the alleged hypocrisy of environmental activists. Everywhere I see rich Westerners blaming planetary destruction on the birth rates of much poorer people, or on “the Chinese”. This individuation of responsibility, intrinsic to consumerism, blinds us to the real drivers of destruction.

The power of consumerism is that it renders us powerless. It traps us within a narrow circle of decision-making, in which we mistake insignificant choices between different varieties of destruction for effective change. It is, we must admit, a brilliant con.

It’s the system we need to change, rather than the products of the system. It is as citizens that we must act, rather than as consumers. But how? Part of the answer is provided in a short book published by one of the founders of Extinction Rebellion, Roger Hallam, called Common Sense for the 21st Century. I don’t agree with everything it says, but the rigour and sweep of its analysis will, I think, ensure that it becomes a classic of political theory.

It begins with the premise that gradualist campaigns making small demands cannot prevent the gathering catastrophes of climate and ecological breakdown. Only mass political disruption, out of which can be built new and more responsive democratic structures, can deliver the necessary transformation.

By studying successful mobilisations, such as the Children’s March in Birmingham, Alabama in 1963, that played a critical role in ending racial segregation, the Monday Demonstrations in Leipzig in 1989, that snowballed until they helped bring down the East German regime, and the Jana Andolan movement in Nepal in 2005, that brought down the absolute power of the monarchy and helped end the armed insurgency, Hallam has developed a formula for effective “dilemma actions”. A dilemma action is one that puts the authorities in an awkward position. Either the police allow civil disobedience to continue, thereby encouraging more people to join, or they attack the protesters, creating a powerful “symbolism of fearless sacrifice”… thereby encouraging more people to join. If you get it right, the authorities can’t win.

Among the crucial common elements, he found, are assembling thousands of people in the centre of the capital city, maintaining a strictly non-violent discipline, focusing on the government and continuing for days or weeks at a time. Radical change, his research reveals, “is primarily a numbers game. Ten thousand people breaking the law has historically had more impact than small-scale, high-risk activism.” The key challenge is to organise actions that encourage as many people as possible to join. This means they should be openly planned, inclusive, entertaining, peaceful and actively respectful. You can join such an action today, convened by Extinction Rebellion in central London.

Hallam’s research suggests that this approach offers at least a possibility of breaking the infrastructure of lies the fossil fuel companies have created, and developing a politics matched to the scale of the challenges we face. It is difficult and uncertain of success. But, he points out, the chances that politics as usual will meet our massive predicament with effective action are zero. Mass dilemma actions could be our last, best chance of preventing the great extermination. 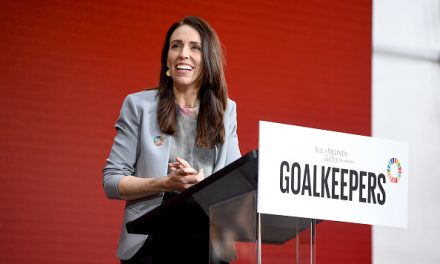 The Task Ahead Is Enormous and There Is Not Much Time: An Interview With Noam Chomsky